Mellon disappointed by defeat but calls goal decision ‘a shocker’

The Dundee United boss says a big call went against his side. 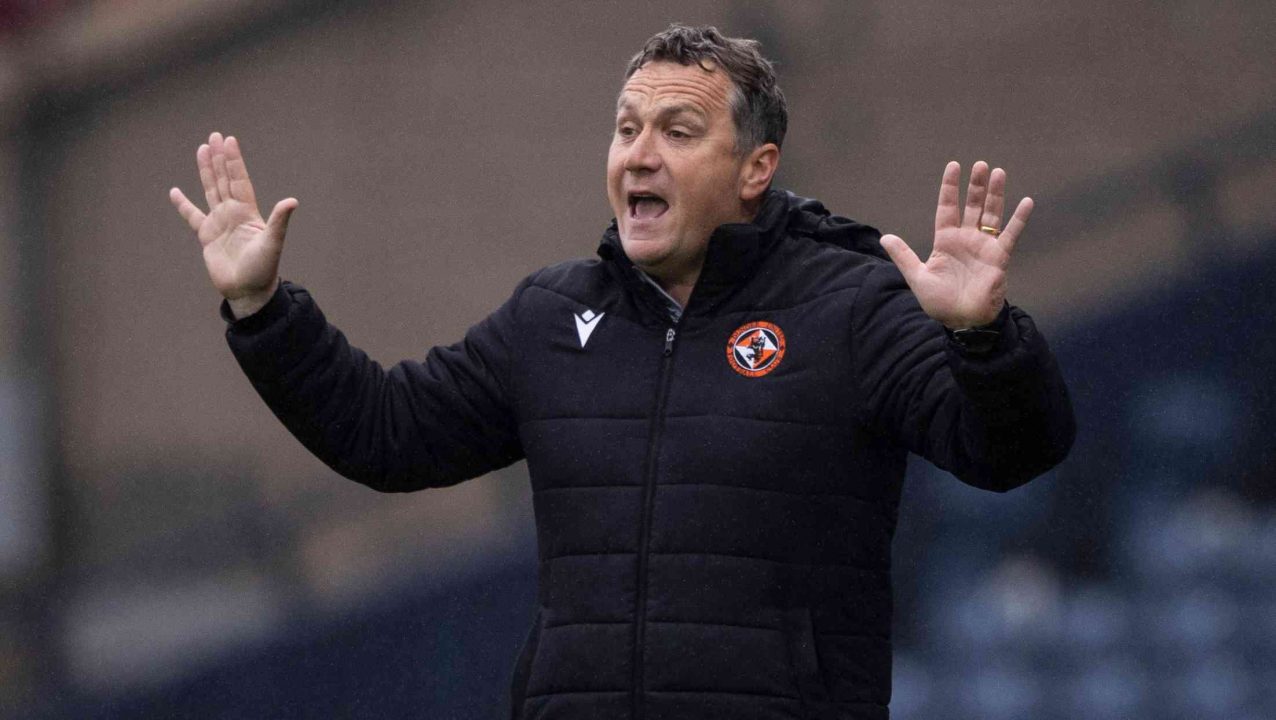 Micky Mellon admitted Hibernian were better than his Dundee United side at Hampden but says a key moment was missed by “a shocker” of an offside call.

Hibs were 2-0 winners in the Scottish Cup semi-final at Hampden, with Kevin Nisbet putting his side in front in the first half.

United were working to try and find an equaliser when, just before the hour mark, Christian Doidge collected a pass before scoring from 20 yards. Replays showed Doidge was in an offside position but the goal stood.

Reflecting on the result, United boss Mellon said: “I’m disappointed. It’s a semi-final at the end of the day and we just feel we didn’t look as streetwise or as used to these occasions as Hibs did. Credit to them for that.

“We’ll learn from today. We’ll fight hard to try and get these opportunities again.”

But the manager was less than impressed with referee Bobby Madden and his team with the decision to let Doidge’s goal stand.

“It’s an absolute shocker,” he said. I’m glad it’s on tv and everyone can see it.

“You’ve got to be careful what you say because people get so protected but that was a poor performance today.”

[“[The officials] will go away now and pat each other on the back and say ‘Right, that’s it, we’ll move on now’ and they don’t ever have to pay the consequences of decisions like that, that we have to.

“I’m not saying that would have made a difference [to the result] but you have to get them right in games like this. You expect better than that.”

While stressing that the decision was key to changing the momentum of the game, Mellon said that he accepted the result.

“Over the course of the game, we would have to be honest and say that Hibs deserved to win,” he added. “I think we came on strong with half an hour to go and we couldn’t find that little breakthrough.

“We need to show more quality and better decision-making and more of what we are about to get results in these semi-finals.”