The 24-year-old Glaswegian swimmer becomes the first Scot to win a medal at Tokyo 2020. 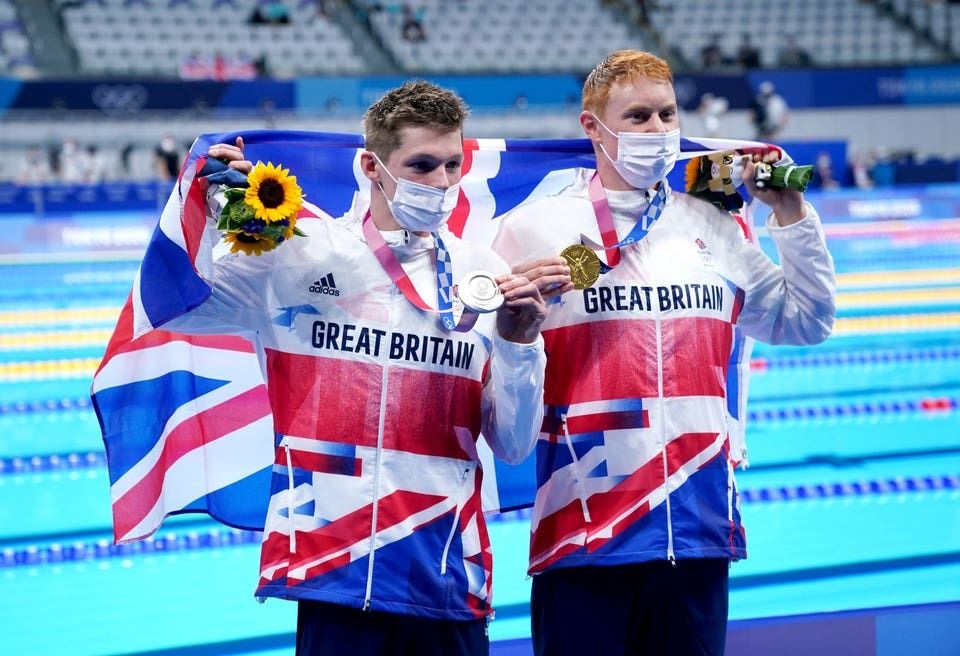 The 24-year-old becomes the first Scot to win a medal at Tokyo 2020 as Team GB teammate Tom Dean lifted the Gold.

Dean and Scott were third and sixth respectively at the halfway stage of Tuesday morning’s race before going up a gear in a thrilling contest.

Dean edged out Scott by a wafer-thin 0.04 secs, with Brazil’s Fernando Scheffer third.

Gold for Dean and silver for Scott, who was heavily fancied after qualifying quickest in the semi-finals the day before, was the first time since the 1908 Games that two male British swimmers have finished on the podium together.

Scott said of his GB team-mate: “I’m buzzing for Deano, he’s had a really strange 18 months with Covid twice and a monster PB at trials but to see him move it on again and win gold is phenomenal.

“Our best possible outcome is one-two and we delivered on that, and I got a PB in the final as well so I’m really happy, can’t complain at all.”

The Glaswegian won two silvers at Rio 2016 and has claimed golds at world, European and Commonwealth level, but he acknowledged this runner-up finish in the Japanese capital was the high point of his singles career.

“It’s probably the biggest medal of my individual career, yeah,” he added. “I’ve won Commonwealth and European but I wouldn’t say that’s matched by an Olympic medal, the pinnacle of our sport, so yeah I’m delighted.”

Both Dean and Scott have little time to revel in their achievements as they are expected to compete in the men’s 4x200m freestyle relay heats on Tuesday.

Not since Henry Taylor and Thomas Battersby in the 1500m freestyle, and Frederick Holman and William Robinson in the 200m breaststroke, in London more than a century ago have two British men been in the top-three in a swimming event.

Dean, who won Team GB’s second swimming gold of these Games, after Adam Peaty on Monday, said: “Duncan and I are great mates,”

“Duncan’s an absolute class act. I’ve looked up to him for a long time. To share a pool and a podium with him is amazing. Going one-two with another Brit on the podium. What more could you ask for, really?”