‘Everyone was outstanding’ in Scotland’s draw with England

Callum McGregor says the Scotland players were delighted with their performance at Wembley. 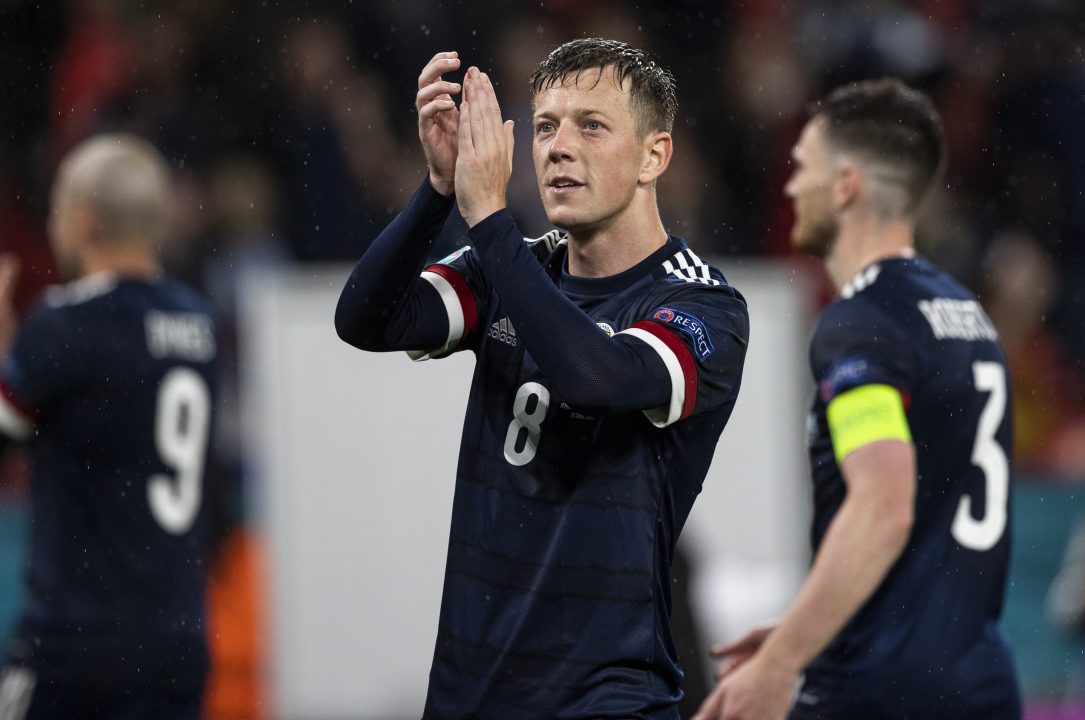 Callum McGregor has hailed the team performance that earned Scotland their first point at Euro 2020.

Scotland more than earned their 0-0 draw against England at Wembley to keep their hopes of a last-16 place alive.

A win against Croatia at Hampden on Tuesday should secure a first-ever place in a knockout round of a major tournament.

The Celtic midfielder came back into the starting line-up after being benched for their group opener against Czech Republic and played alongside John McGinn and 20-year-old Billy Gilmour.

McGregor said: “I thought the boys ran the legs off themselves, tactically I thought we were excellent in the game, we had real periods when we had to control the game without the ball and I thought when we got it we played really well as well.

“We had comfortable possession, we built our way up the pitch and we made chances as well. It was a great night for us and we have given ourselves a chance on Tuesday, so we have to stay calm, stay relaxed and we go again on Tuesday.

“The team is full of good players and that was the challenge for us, so we had to take the challenge on, accept it and I thought everyone to a man was absolutely outstanding.”

The 28-year-old said the squad’s focus was now on making sure they were ready for Tuesday.

He said: “It is a great night, you can see the support, it is so loud that you can hardly hear yourself think out on the pitch, but we have given ourselves a chance for Tuesday now so we have to recover.”