McGregor: Football with the fans is what everyone wants

The Celtic midfielder is hopeful his side can have full backing as soon as possible. 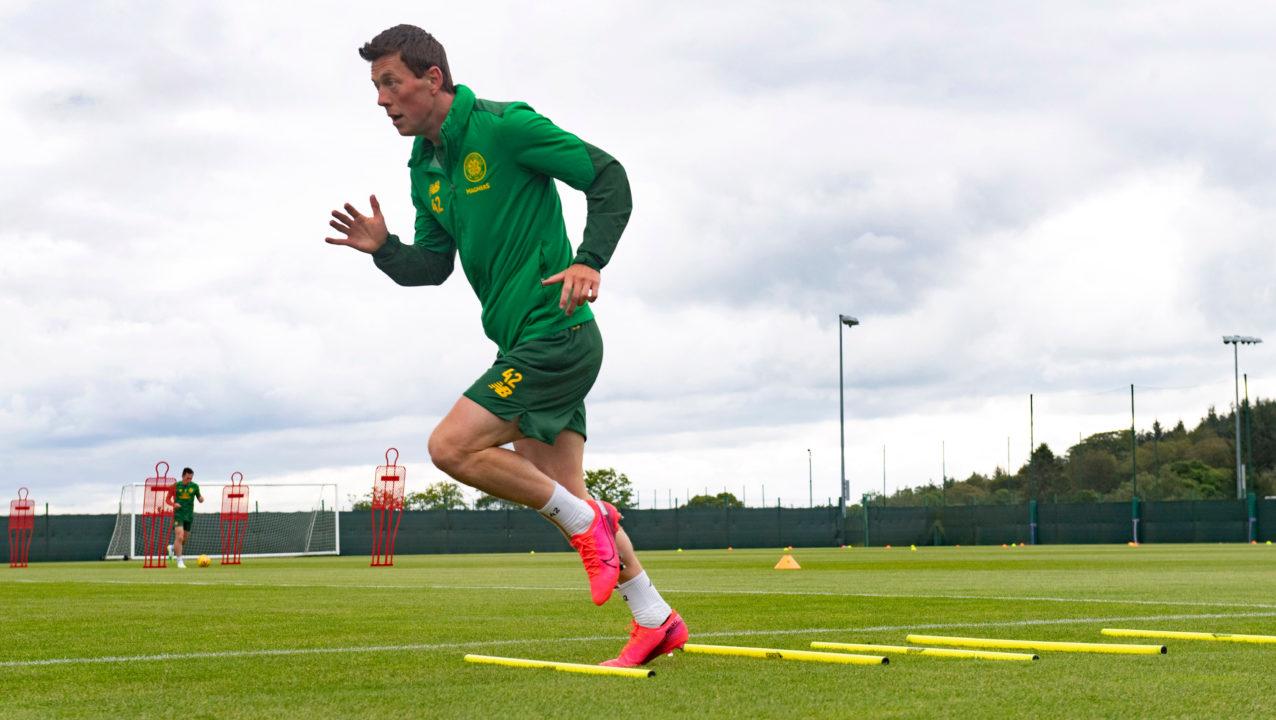 Celtic’s Callum McGregor vows his side will give everything to continue their success when football restarts – but says it won’t be right until supporters are back in stadia.

The midfielder is back in training with his teammates as they prepare themselves for the Premiership and the start of their bid for a record-breaking tenth consecutive title.

The season starts in August and though initially it was thought matches would be behind closed doors for the foreseeable future, there are now encouraging noises about fans being allowed back to cheer on their teams. McGregor welcomed the optimistic signs.

“Football with the fans is what everyone wants. We’re having to make do in certain situations just now around the world.

“We want it first and foremost to be safe for everyone around the world to get back in.

“If we get everyone back in, no doubt that will add to the performances and the games and the whole atmosphere.

“If we have to start the season behind closed doors then we’ll certainly be giving absolutely everything on the pitch to make sure we’re doing them proud when they’re watching on the tv. It will be great to everyone back together in some sort of capacity, where they’re roaring us on and we’re doing our bit on the pitch to try and deliver for them.”

The return of competitive football will also bring Champions League qualifiers, with the forced rescheduling meaning one-off games instead of two-legged ties.

“I think it’s going to be different,” McGregor said. “It becomes straight knock out football. Anything can happen in these games.

“We’ve been fairly good at trying to negotiate the rounds, whether it be Champions’ league or getting into the Europa League. In terms of being a one off game, you know that you can put everything into that ninety minutes and try and get it done. It will be slightly different but something that we’re relishing as well.

“[Our recent away record] will give us confidence. Obviously we sort of changed our set up away from home and we seemed to get good results. That will be in the back of our heads that we can go places and still be a threat on the counter attack and get the goals which you need to win any football match.

“You look at the game we went away to AIK and won. You look at Lazio as well we were a massive threat on the counter attack. That will give us good confidence, whether it’s here or drawn away from home, we’ll fancy our chances to try and get through.”

Celtic could also strengthen in the transfer window but a priority could be landing Mo Elyounoussi and Fraser Forster after successful loan spells last season. McGregor believes it would be a huge boost to land the Southampton duo on permanent deals.

“Two massive players for us,” he said. “Last season, Mo came in and made a massive impact in that first eight weeks of the season or so.

“We know how good a player he is and obviously Fraser’s contribution throughout the season speaks for itself.

“To manage to get those two back would be massive business for the club and I think we’re fairly positive we can do it so hopefully everything falls into place.”