McGinn: Scotland will just have to qualify the hard way

The Scotland midfielder says the players can get a positive result against England. 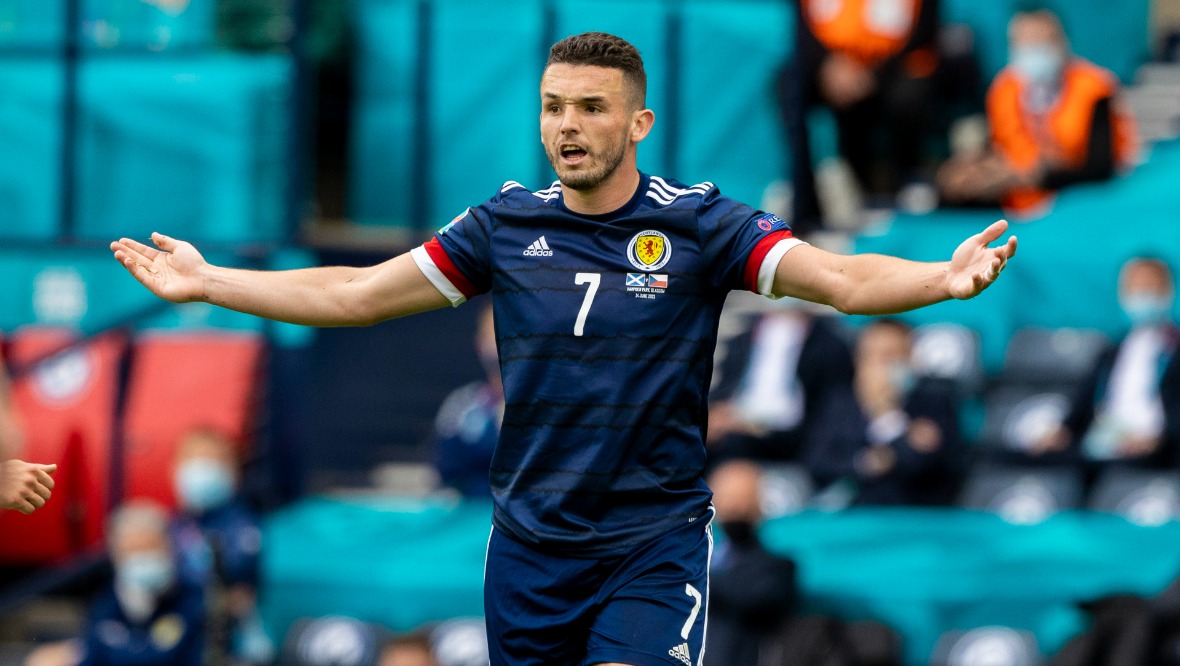 Scotland midfielder John McGinn has said the team have put defeat to Czech Republic behind them and are focused on taking points from England and Croatia to qualify for the Euro 2020 knockout stages “the hard way”.

Following the 2-0 loss at Hampden on Monday, Scotland now face sides who finished fourth and second at the last World Cup, beginning with the huge occasion of the match against England at Wembley on Friday.

McGinn admitted the start was far from ideal but said that Scotland have a history of making life difficult for themselves.

“It was a false start in terms of result,” he said. “The important thing for Monday was to try and get at least a point to set us off in the right way. But that would’ve been the easy way but it never seems to happen with Scotland.

England’s star-studded team are heavy favourites to win on Friday but Aston Villa player McGinnn says that he and the other Premier League-based players know that talk of a gulf in talent is overblown.

“We compete against the majority of these guys week in, week out,” he said. “We seem to hold our own so it’s about passing the message on to the guys who are based in Scotland that we can maybe compete.

“They’re an excellent team, don’t get me wrong, full of excellent players both in the starting line-up and on the bench. We’ll work on England the same way we did Czech Republic, and then Croatia after that.

“We know that if we play to our capabilities then we can give England a lot of problems.”

Despite the high stakes, McGinn believes the important thing for Scotland is to keep a balance between natural passion to win, and a composed approach that can help to manage the occasion.

“It’s important for us to use the knowledge of what it means to the country and the supporters , but use our heads at the same time to be cool, composed and bring our strengths to the game,” he said. “We don’t want to take all the passion and emotion out of our game because that’s what makes Scotland a force in these games.

“I think the manager made it clear before the group that if the first result doesn’t go our way then we just focus on the next one.

“Obviously the format gives you an opportunity for all three games but we can’t affect other results. Even with the other game in the group going on at 5pm on Friday, we can’t focus on that because if we don’t get anything from Friday night then there’s no point in looking elsewhere.

“We know what’s needed so we’ll try for the three points and take it from there.”

England v Scotland is live on STV on Friday. Coverage starts from 7pm and you can watch it on the STV Player.