McGinn hopeful Tartan Army can roar Scotland on at Euros

The Scotland midfielder says it's time to look forward to the finals. 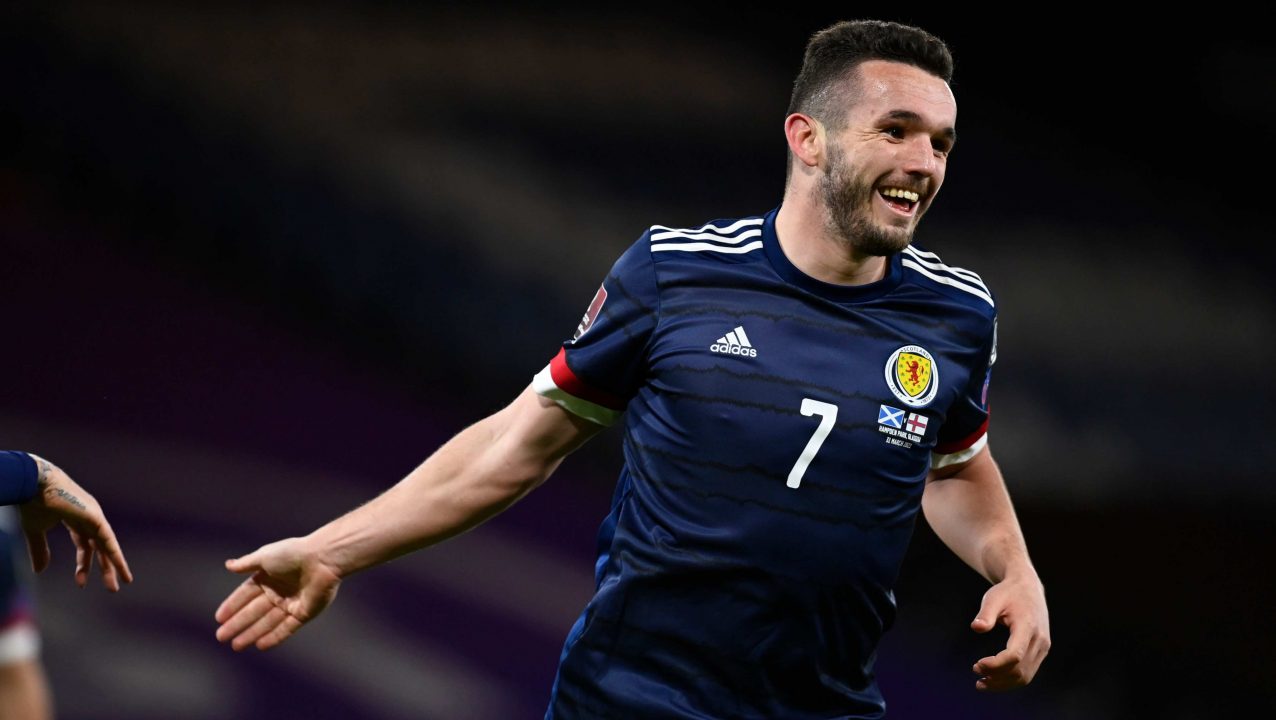 John McGinn scored a double for Scotland against Faroe Islands at an empty Hampden – and says he is hopeful it’s the last time he plays at the national stadium without any fans to cheer him on.

The national team’s 4-0 win on Wednesday completed a trio of World Cup qualifiers, with the next Hampden fixture on the schedule being Scotland’s Euro 2020 opener against Czech Republic in June.

With Covid-19 restrictions being lifted stage by stage, it’s hoped there can be as many fans as possible in Mount Florida to witness Scotland’s return to major tournaments and McGinn led the calls for the Tartan Army to return.

“Hopefully this is the last time we play here in an empty stadium,” he said. “Fingers crossed everything goes in our favour and we can get some fans in here in the summer.

“It’s exciting times. We’ve tried to put it at the back of our mind but not we can start to get excited and we’re looking forward to it.

“Bring it on. It’s been a long wait and it’s creeping closer. I’m just keeping everything crossed that everyone manages to stick to the rules as best as they can and we’ll put as much pressure on the government but we’re aware that it’s really difficult circumstances. Hopefully we can have the Tartan Army in here in the summer.”

Reflecting on a start to World Cup qualifying that brought draws against Austria and Israel before the win over the Faroes, McGinn said: “It’s good. It’s not an amazing start.

“We wanted to win one of the first two games but they were two very difficult games.

“It puts us second and we’re unbeaten. We wanted to be a little higher, maybe on seven points or nine but we’re second in the group and we can build on that.

“The Faroe Islands have got the reputation of coming to Glasgow and shipping goals but they’re a much improved team. They came and made it difficult for us but we got an early goal and built on that.”