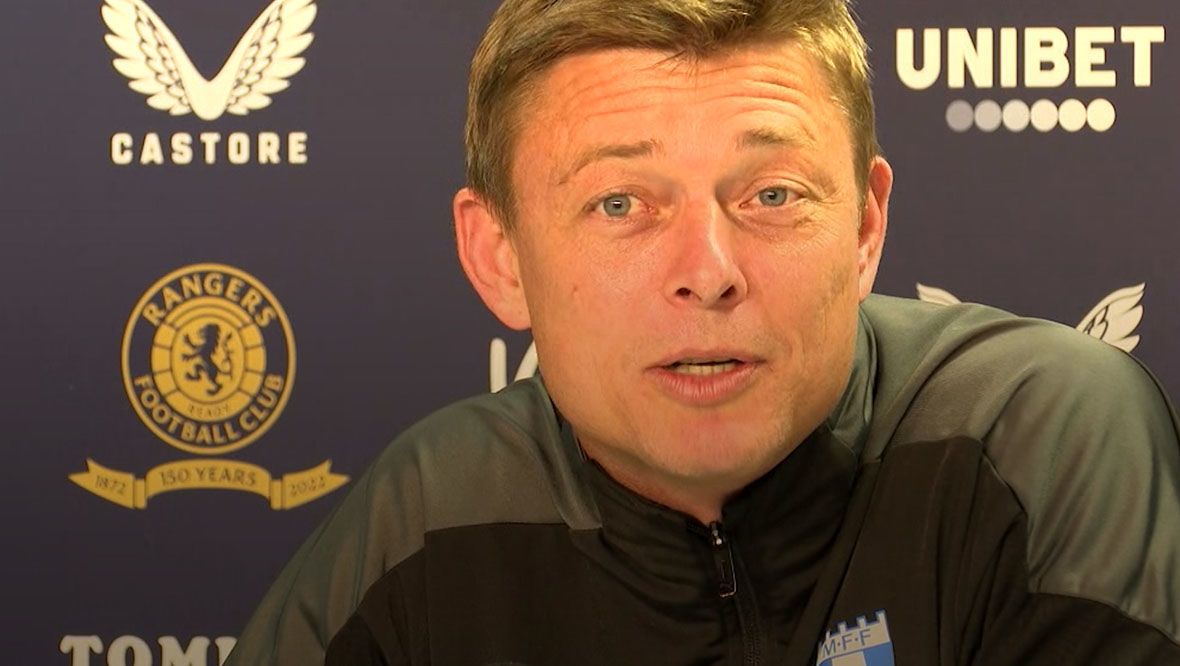 Responding to a question from STV News about Malmo being under pressure to defend their lead, Tomasson responded: “Don’t you think that they (Rangers) need the Champions League’s money here? I think so, I think they need that. I think that’s a good answer isn’t it?”

Asked to elaborate on his comment, Tomasson said: “I think you all are clever lads so you understand it. I think we should always dream of beating the big favourite because Rangers are the big favourite in this case.

“If you look at the financial path, you can’t compare those two teams to each other, it’s totally another league. Normally, money decides games but still we won last week and each player should think about the opportunity to write a new chapter in this great history of Malmo.”

After losing just three times in the whole of last season, Rangers have suffered two defeats in the first eight days of this campaign.

A 2-1 first-leg setback in Malmo was followed by their first league defeat since just before the first lockdown as they suffered a 1-0 reverse against Dundee United.

Rangers manager Steven Gerrard has urged his players to “flip the mood” as they prepare for Tuesday’s crucial match in front of a capacity crowd at Ibrox for the first time in 17 months.

Rangers will have Ianis Hagi, Leon Balogun, Alfredo Morelos and Joe Aribo back after missing the first leg, while Gerrard confirmed Fashion Sakala was available after being absent at Tannadice.

Gerrard said: “I think we need to give the players a chance before we judge them. It’s still very early days.

“We won’t use any excuses, the last two performances haven’t been to the level we have set, certainly over the last 12 months, but that’s on me and us as a group, and we will deal with the criticism and negativity coming our way. That’s what you have to do.

“But what I would say is, we only need one performance to light the fire again. In terms of our league result, it was the first defeat in 40, and our Ibrox form in European games has been pretty strong.

“We can change it pretty quickly and that’s the opportunity we have.”