A virus in the camp has added to Steve Clarke's selection headaches. 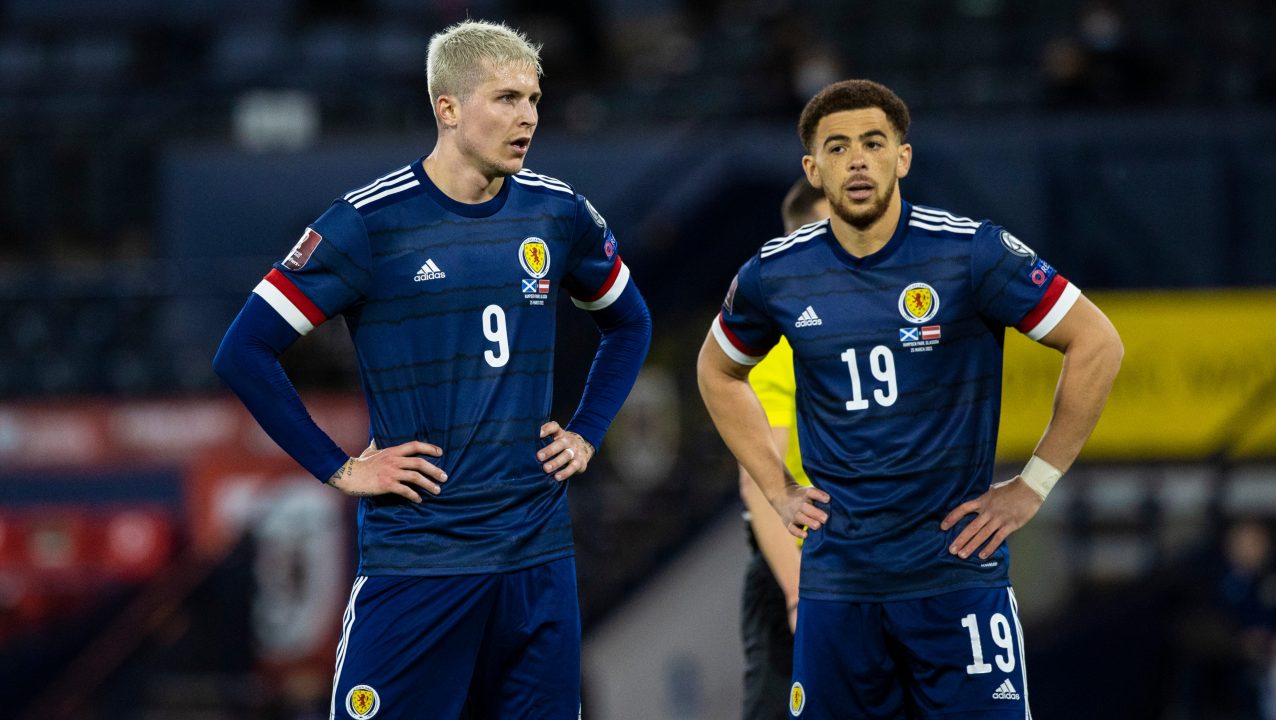 Scotland’s preparations for the Nations League decider against Ukraine have been dealt another blow after both main strikers missed training through illness.

Manager Steve Clarke has revealed that Lyndon Dykes and Che Adams both missed training on Monday with “a virus” just a day before the sides meet to settle who will win promotion from group B1.

“There’s one or two missing from training,” Clarke said. “We’ve got some sort of virus in the camp, just sickness.

“Lyndon Dykes and Che Adams didn’t train this morning. They didn’t feel very well but they’ll be on the plane.

Though both players will be on the flight to Krakow, the doubt over the two main striking options add to the problems Clakre will face after a string of injuries in the squad and a key suspension.

Andy Robertson, Grant Hanley, Liam Cooper and John Souttar were ruled out before this round of games and since then Nathan Patterson, Kieran Tierney and Scott McKenna have all picked up knocks.

Hearts duo Barrie McKay and Stephen Kingsley have been called up to the squad since.

Scott McTominay is suspended after being booked against Republic of Ireland so can’t slot into defence, meaning Clarke has big calls to make at both ends of the pitch.