Lennon: Very difficult for Celtic to get back into title race

The champions' 1-1 draw with St Johnstone gave Rangers another advantage in the title race on Sunday. 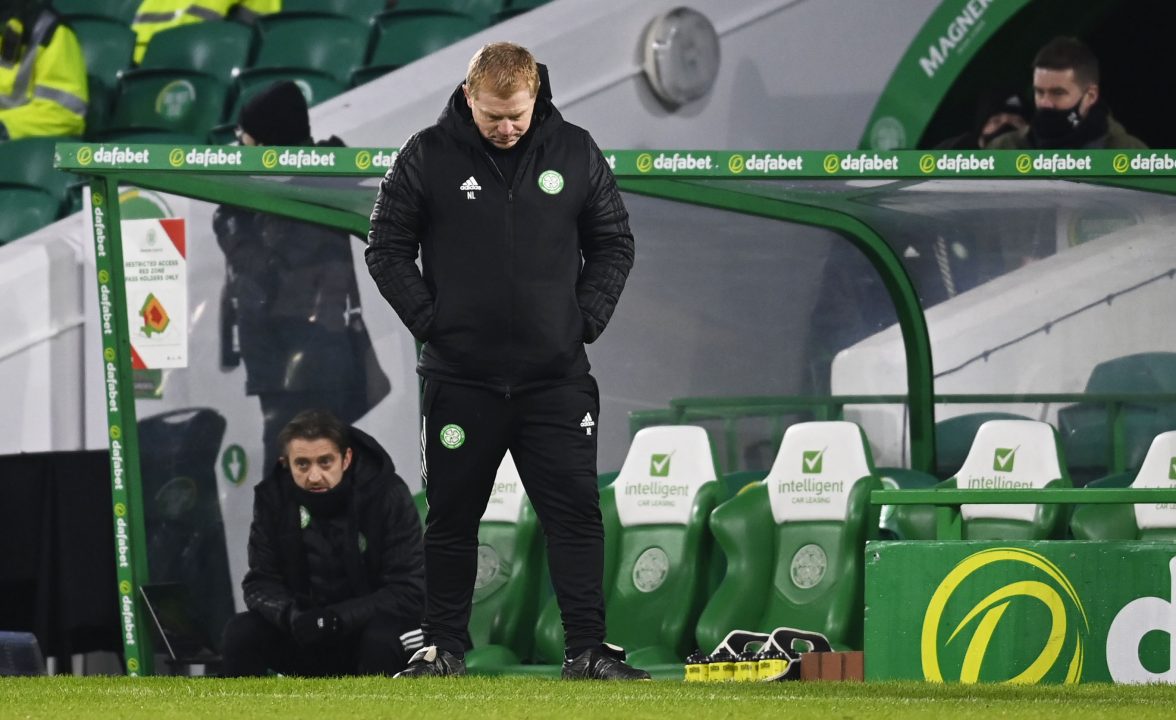 Neil Lennon said Celtic are making it “very difficult” for themselves to get back into the title race after they slipped 13 points behind Rangers in the Premiership table.

A 1-1 draw at home to St Johnstone gave their rivals another advantage and, while Lennon believes it’s not over, he said his side need to start winning matches.

Pressure on the manager is growing after a run of poor form, which has seen the champions win just two of their last 12 games.

They have two games in hand but haven’t won in their last five home matches.

“We need to get that back because it’s there. They can play and they proved that last year. This season it’s been a struggle for them. Whether it’s a lack of attitude, or lack of desire, there’s bits and pieces I see now and again that I can’t really change overnight but I want to.

“As far as the season goes, we’re making it very very difficult for ourselves to get back into it.”

“I understand their frustrations,” Lennon said. “We’re not playing well and we’re not getting the results we should be getting.

“There’s ways and means and some fans are more irate than others.

“At the minute, I would agree with them that our performances don’t merit the quality we have.

Lennon claimed his side need “a bit of swagger” and said of their title chances: “I wouldn’t say it’s over but we’re making it more and more difficult for ourselves. We need to start winning games and winning them well.”