Lennon: There’s no justification for Celtic to sack me

The Celtic boss gave an impassioned defence of his side after three games without a win. 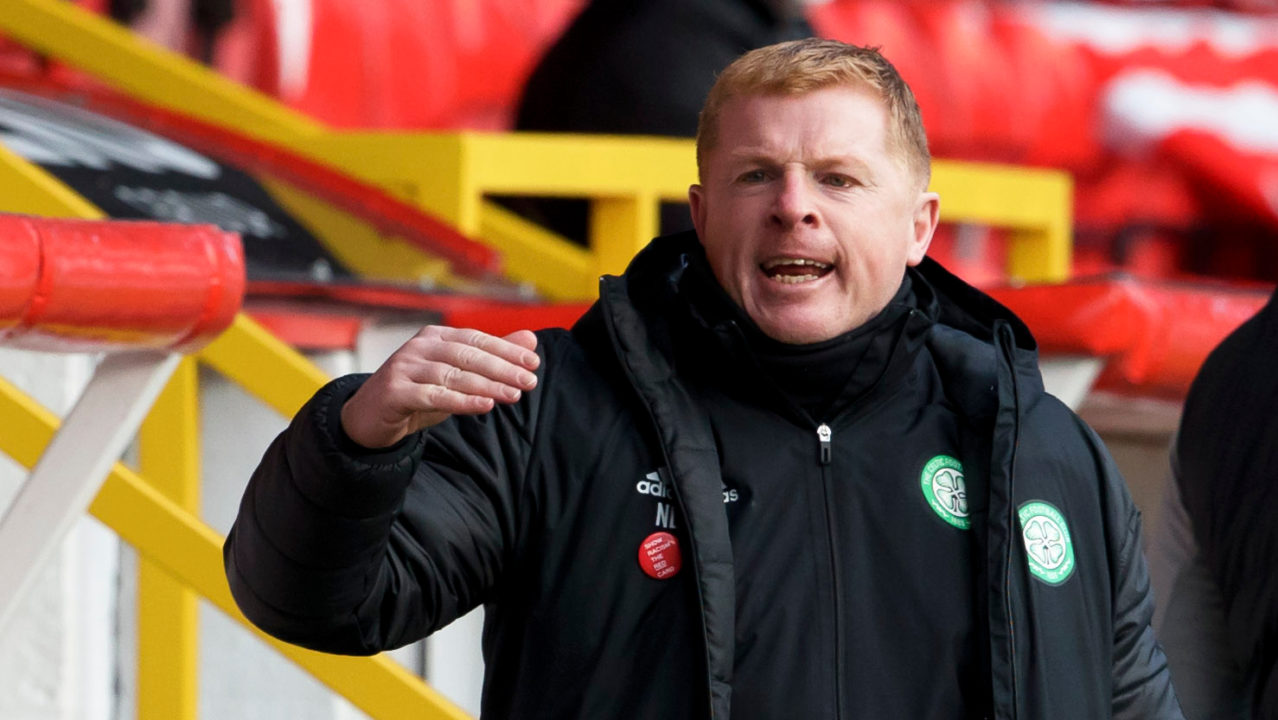 Celtic boss Neil Lennon has slammed critics of his side for overreacting and says there is no justification for him to be sacked after three games without a win.

Defeats to Rangers and AC Milan were followed by a 3-3 draw at Aberdeen on Sunday, leaving the defending champions six points behind in the title race, albeit with a game in hand.

Celtic now travel to face Lille in the Europa League before facing Aberdeen again, this time in the semi-final of last season’s Scottish Cup. The build-up has been marked with widespread discussion of Celtic’s form but Lennon has hit back at the criticism he says is “media driven” and only shared by a minority of the club’s support.

“We have lost one game in the league and pundits are talking about me being two games away from the sack,” he said at a media conference on Tuesday. “Where that comes from I have no idea.

“I have seen two newspapers run polls on whether I should get sacked or not. I have never seen it before in 20 years I have been here.

“Who is driving that? It is not the Celtic fans.

“There is a minority of our support who need to calm down, let the players settle. It has been very disruptive the last few weeks but I am not using that as an excuse.

“In the main I think the majority of the supporters are behind the team and behind the club.”

Lennon said that one of the reasons for a dip in form was down to recent disruption in his squad, alluding to not only injuries but also positive coronavirus tests that have seen Odsonne Edouard, Ryan Christie, Hatem abd Elhamed and Nir Bitton sidelined since the international break.

The manager said he doesn’t feel under pressure and doesn’t have to justify his position but took aim at anyone who felt that his job should be under threat.

“There is no justification for me to get sacked, none whatsoever,” he said. “I shouldn’t have to defend my record, it speaks for itself.

“I don’t feel under any major pressure. Am I unhappy with this week’s work? Yes, because we would like to play well and win.

“But I think we are getting better, stronger and have a lot to look forward to and I think I should be the man in charge of it.

“We go through a little spell and conspiracy theories come out about dressing room break ups, fall outs, all that nonsense.

“It is fake news. I sound like Donald Trump now but it is just all fake news.”

Lennon defended his team as a whole, pointing out that they are only two points worse off than at the same point last season and that results before the international break had been positive.

He also gave support to summer loan signing Shane Duffy, who has seen his performances put under the spotlight in recent games.

“Players getting singled out and abused, it is absolutely shocking,” he said.

“If that’s the way of the modern world. I am glad I am not a player any more.

“Shane needs to find his feet. He has had a bumpy week, nothing more nothing less. It happens.

“I am not happy with the treatment he is getting from certain quarters of the media. I think it is hysterical. Comments that he is rank rotten and he is a bombscare are ridiculous.

“He is a quality player. The personal, banging the drum with certain players is unacceptable.

“He made a mistake, he shouldn’t be hung out to dry for it. He has my full support, he has the team’s full support.

“I have seen millions of players come in here and take time to find their feet and then go on to have brilliant careers.”