Lennon disappointed with decision and result but not performance

The Celtic boss was unhappy with the red card call he says changed the game against Rangers. 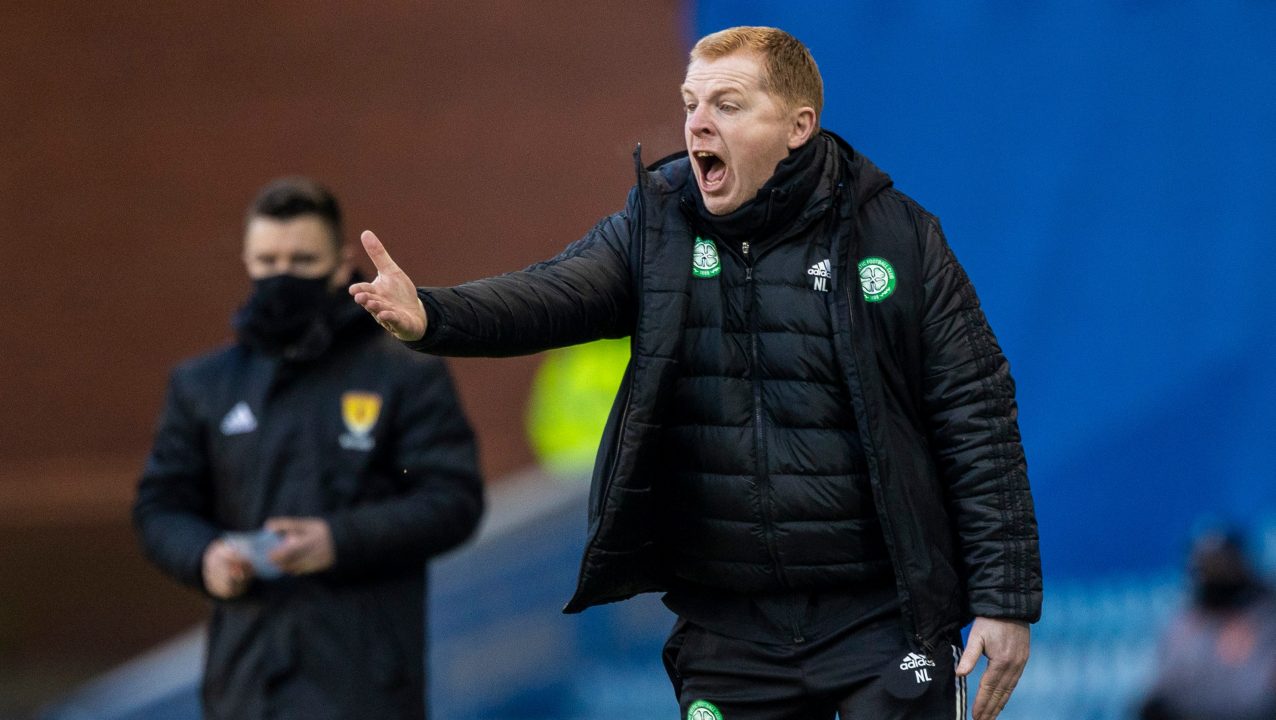 Celtic manager Neil Lennon believes referee Bobby Madden got it wrong with the red card decision he says “changed the game” against Rangers, but has no problem with his team’s performance.

The champions were on top for the majority of the derby at Ibrox but were reduced to ten men when Nir Bitton was sent off. Minutes later a Joe Aribo header deflected off Callum McGregor and into the back of the net and Rangers held on for a 1-0 win that puts them 19 points ahead in the Premiership table.

Lennon said the defeat was “a sore one” and identified Madden’s decision as the pivotal moment in the game.

“It’s a sore one because we were the dominant team,” he said. “We played brilliantly.

“I didn’t think it was a red card and that obviously gave Rangers a bit of encouragement. They got lucky with the goal, obviously. It was their only attempt on target and that suggests how well we played, even with ten men.

“We’re bitterly disappointed not to come away with something. I thought we deserved a lot more.

“We were coming here to win and I think we played that way. We’re disappointed with the decision and the result but not the performance.”

Madden reached for his card after Bitton hauled Alfredo Morelos to the ground when beaten to the ball by the Colombian out wide. While Madden believed it stopped a goal-scoring opportunity, Lennon was convinced that Kristoffer Ajer may have been well placed to intercept the danger.

“Morelos might have got a shot off but it would have been from a very narrow angle,” the Celtic manager said. “It’s not even in the box and I think the referee was too quick to give it.

“It’s poor from Nir but it’s not a red card and I think it’s changed the course of the game when we were in full control.”

Though Celtic have three games in hand, Rangers’ 19-point lead looks insurmountable to many but Lennon says the team won’t concede anything at this stage in the season.

“You’ve got to keep going,” he said. “You can’t just say ‘That’s it, it’s over’ because there’s still a lot of football to be played.

“We have to be a lot more consistent in the second half of the season than we were in the first half.”