The Celtic boss felt his side should have scored more against Copenhagen. 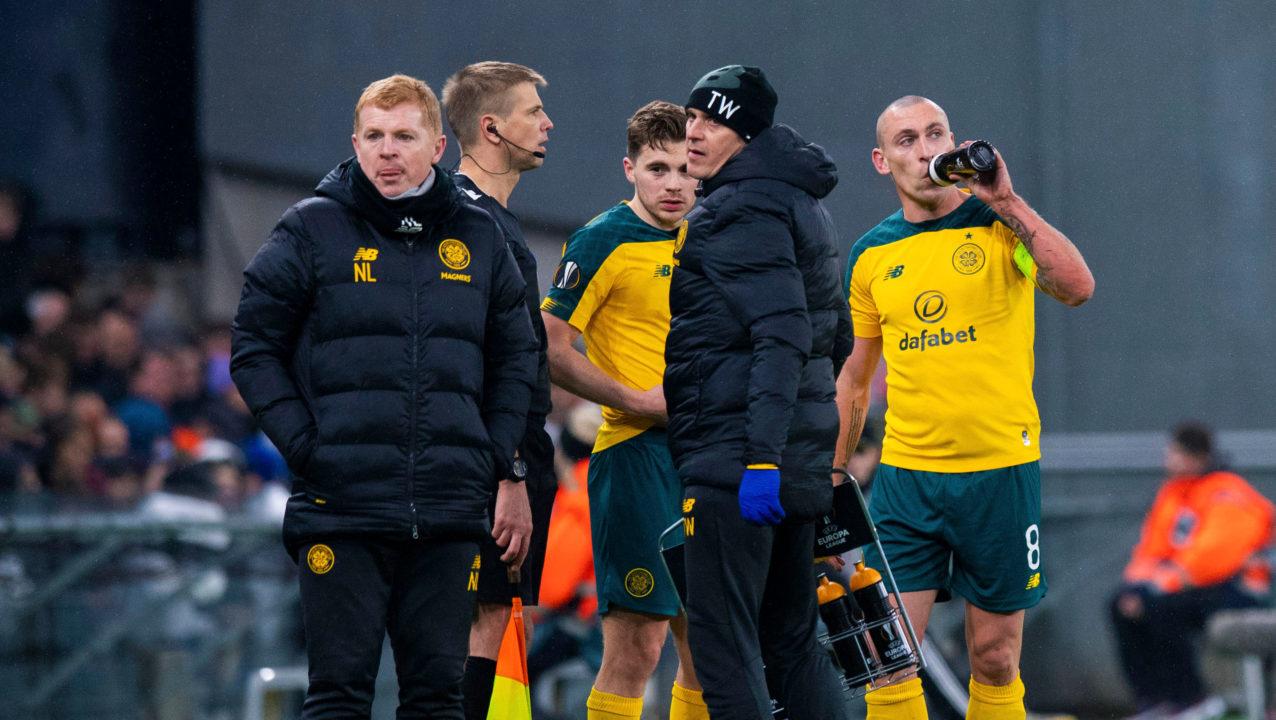 Celtic manager Neil Lennon has admitted that he would have accepted a 1-1 draw with FC Copenhagen before the game but is frustrated his side didn’t score more on the night in Denmark.

Odsonne Edouard gave Celtic the lead but the striker had several early chances as the visitors dominated the first half. Copenhagen equalised through Dame N’Doye after the break and Fraser Forster saved a penalty but Lennon felt his side should have more to take back to Glasgow.

“It was a great game of football, it ebbed and flowed,” he said.

“But I’m disappointed we aren’t ahead in the tie. We had a great chance in the first couple of minutes and another great chance shortly after that. Then we scored.

“In the second half we had a couple of counter-attacks that could have put the tie to bed.

“It shows we can score against them and open them up, that’s for sure. but to pay respect to Copenhagen they came back very strongly in the second half.”

Lennon revealed that Scott Brown had been substituted with a calf injury and that there was no issue with Olivier Ntcham, who came off shortly atfer a mistake that led to Copenhagen’s goal.

“He’s fine,” the Celtic boss said. “He’s played a lot of games and he has been absolutely brilliant.

“He’s fine and he will come into consideration for Sunday.”

And there was praise for Fraser Forster, whose penalty stop was crucial.

“He’s brilliant,” he said. “It’s down to the work him and Stevie Woods do behind the scenes.

“I have no real complaints about the penalty, it has came off Ryan’s arm and in an unnatural position.

“He’s done brilliantly and it’s a magnificent save.”