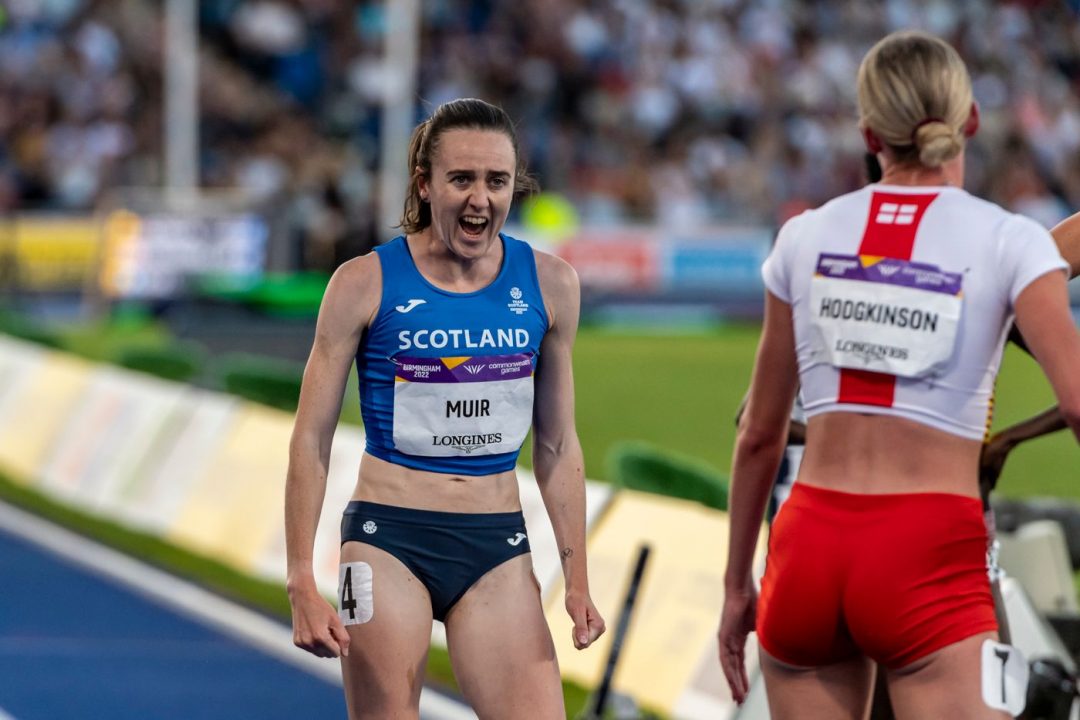 Muir’s second medal of the Games was the sixth for Scotland on Sunday and fourth gold after an earlier treble success in the boxing.

The 29-year-old also won bronze after finishing third in the 800 metres on Saturday.

Before Muir’s race had started Team Scotland had already secured their best ever Commonwealth Games performance outside of Glasgow.

The medal tally had already surpassed the previous best of 44 that was recorded at the Gold Coast games four years ago.

The Inverness runner was the outstanding favourite for the race and she showed why after taking to the front when she looked unstoppable in her march towards the finish.

It was also the first time ever that a Scot has won the event at any Commonwealth Games.

The victory brought the total medal tally to 47, three more than the previous away Games best and only six short of the home Games in 2014, with more potentially still to come.

Team mate Jemma Reekie was also nearly among the medals as well but she was just beaten to 3rd at the very end.

Following on from Eilish McColgan’s gold earlier in the week it is the fist time Team Scotland have won two golds in athletics since 1982.

McColgan then added to the Team Scotland medal tally with a silver in the 5000 metres later on in Sunday’s events to make it 48 medals for Scotland.

And, after England were disqualified, the Scotland women’s relay team were upgraded to bronze after initially finishing fourth bringing the tally to 49.

Team Scotland are now only four medals short of the 53 won in Glasgow 2014.