Muir missed out on the previous Games but was determined to add to the buzzing Team Scotland medal haul in Birmingham. 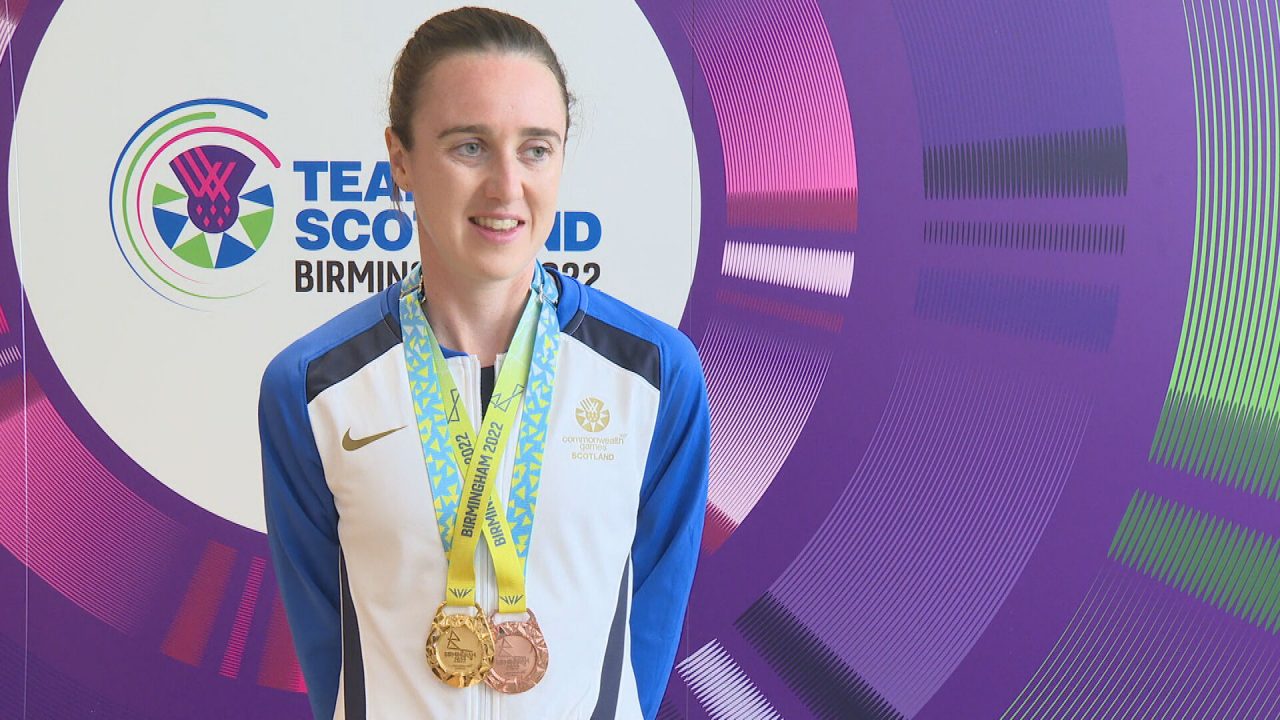 Laura Muir has rated her Commonwealth Games 1,500-metre gold as “the highlight of [her] career” after missing out on the event four years ago.

The athlete was unable to travel to the Gold Coast in 2018 as she was undertaking her veterinary exams at university, but decimated the field at the Alexander Stadium to add to an earlier bronze in the 800m event on Sunday.

Muir, 29, finished 11th in the same race at the 2014 Glasgow games and said she was ecstatic to put previous disappointments behind her.

“I came here hoping to get one medal, so to get two and for one of them to be gold, it’s just amazing,” she told STV News.

“I think it will maybe sink in a little bit later on this week, this is going to be one of the highlights of my career, if not the biggest highlight of my career, it’s a very special moment.

“It’s been an eight-year wait. I had a disappointing performance in Glasgow and then I missed the Gold Coast, so it has been a wait and then two come along at once. I was just so happy that I could do that for Scotland and to see Flower of Scotland go out in the stadium was just amazing.”

Before Muir’s race had started Team Scotland had already secured their best ever Commonwealth Games performance outside of Glasgow.

The medal tally had already surpassed the previous best of 44 that was recorded at the Gold Coast games four years ago and hit 50 on Monday courtesy of diving pair James Heatly and Grace Reid.

“We’ve absolutely smashed it,” she said.

“Just seeing Eilish earlier on in the week, I think we were all inspired by her performance, we’ve just had so many strong performances in so many different events. It just feels like every day, Scotland is winning, it has been really special.

“We have so many athletes now that young people can look up to and be inspired by, it is really special to be part of that.

“In four years time, the next Commonwealth, hopefully we can get even more.”