Jack Hendry had equalised for Scotland after John Egan had put the visitors ahead. 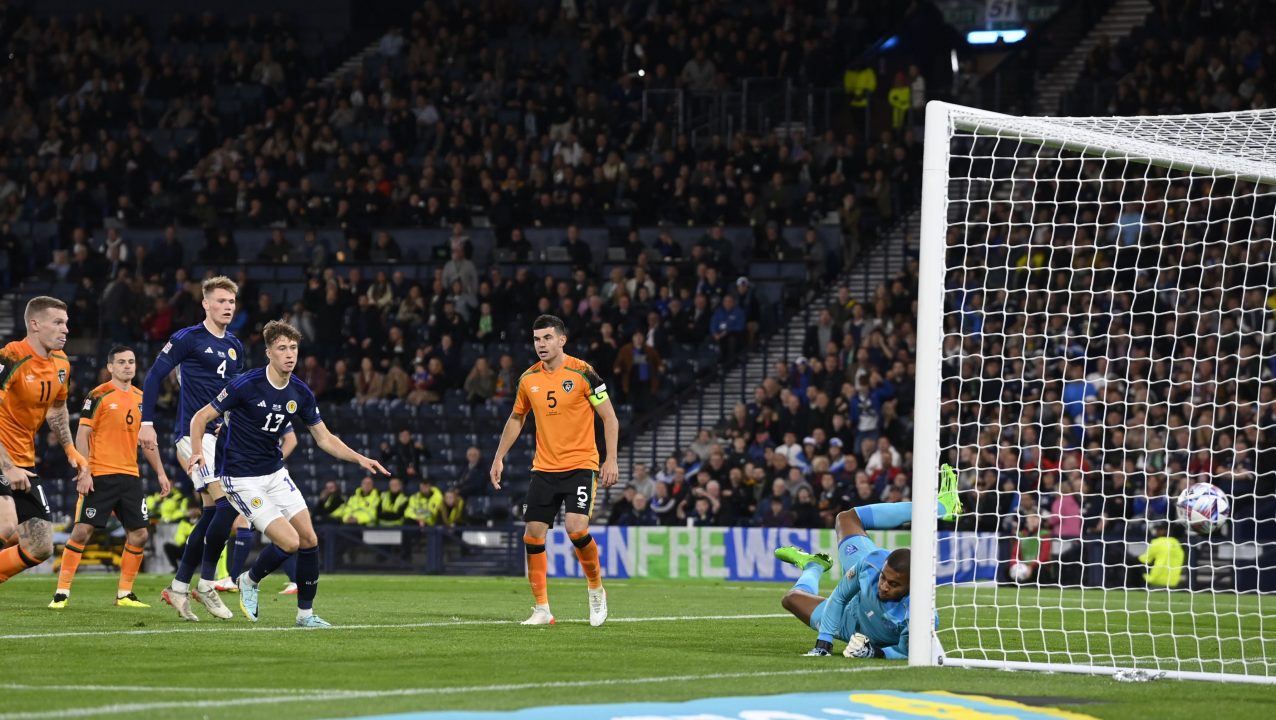 Scotland have taken another step towards Nations League promotion with a hard-fought 2-1 win over Republic of Ireland at Hampden.

John Egan had given the visitors the lead after 18 minutes but Jack Hendry equalised with a second half header before Ryan Christie netted a late penalty to give his side three points.

The result puts Scotland back at the top of group B1, two points ahead of Ukraine before the sides meet in Krakow in the final group game on Tuesday. If Scotland avoid defeat, they will be promoted to League A and bank a Euro 2024 play-off place.

Having reignited their promotion hopes with their win over the Ukrainians on Wednesday, manager Steve Clarke made just two changes to his side, with Aaron Hickey replacing injured Nathan Patterson and Lydon Dykes coming in for Che Adams in attack.

Ireland came to Hampden with no hope of promotions themselves but aiming to do the double over Scotland, having been comfortable 3-0 winners when the sides met in Dublin in June.

The visitors thought they had taken the lead after 11 minutes when Troy Parrot picked up the ball on the left and made a mazy run into the box before firing a shot high past Craig Gordon. His celebrations were cut short by the offside flag and a VAR review backed the assistant referee.

Scotland had been warned but found themselves behind seven minuted later. A corner wasn’t properly dealt with and when the ball was knocked down, Egan pounced to thump a low shot into the back of the net.

A response was needed, and Scotland enjoyed spells of good possession and pressure but didn’t have the fluency they had shown just days earlier.

After the restart, they found the goal they needed. Ryan Christie made a darting run towards the byline and liften his head before delivering a perfect ball into the centre that Hendry nodded in off the far post. Scotland were level and Hampden was rocking again.

Both sides had chances, with Scotland pressing hard for a winner and Ireland looking increasingly dangerous on the counter.It was the home side who were to get their reward eight minutes from time.

Alan Browne handled a ball into the box and the referee pointed to the spot. After a long wait for a VAR check, Ryan Christie stepped up and coolly slotted home the penalty, sparking wild celebrations.

A hard-fought encounter spilled over in the final minutes, with Scott McTominay picking a yellow card as players clashed, meaning the Manchester United midfielder will be suspended for the game against Ukraine.

Clarke has further selection headaches ahead of the final group game, with Kieran Tierney substituted off with a possible concussion, and Aaron Hickey also forced to come off with injury.

Scotland celebrated at full-time, knowing that a draw on Tuesday will see them win the group and take the rewards that come along with promotion.