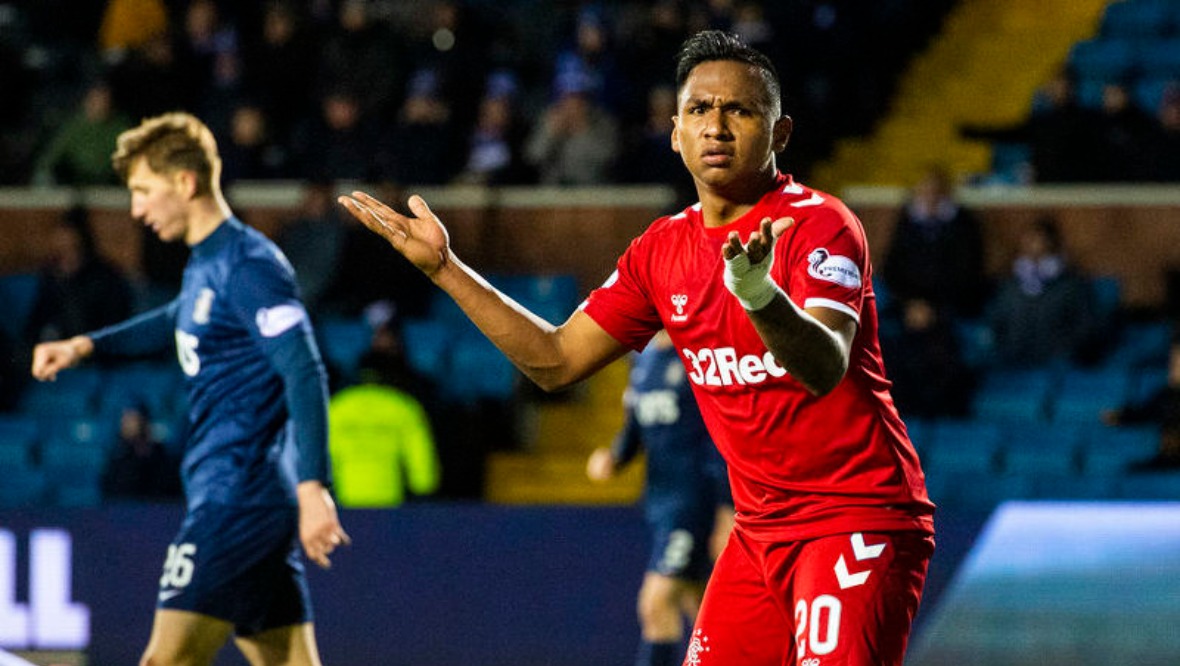 Police and the Rugby Park club will investigate after a television camera appeared to capture a racist shout aimed at the Colombian forward during his side’s 2-1 defeat on Wednesday.

Dyer told those responsible for any racism to “stay away” and urged those with information on the incident to come forward.

He said: “If anyone has got any information that can help find the person who has did this then they will obviously be banned from the football club because we won’t tolerate anything like this.

The Englishman described the alleged incident as “alarming” but said it’s “not the majority”.

He added: “Kilmarnock have been brilliant. Obviously I’m sitting in this position because the club has given me an opportunity to manage it.

“As you can see I’m a black man but that never came into it at all. I was hired because of my ability and long may that continue.

“Yeah (Wednesday’s incident) is alarming. But what can you do? That’s one or two individuals. It’s not the majority. This is a great football club and a great town to live in with good people. One or two ain’t going to spoil it for the rest.

“We have to deal with it as best we can and if people do have those thoughts, we’ll eradicate it from this football club.”

A club spokesperson said: “The club is aware of an incident of alleged racism against Alfredo Morelos and will investigate this matter fully.

“Kilmarnock Football Club wholeheartedly condemns any form of racism and anyone found to be involved in incidents of this nature will be immediately banned from Rugby Park.

“If anyone has any information then we would encourage them to come forward.”

Last week, a 12-year-old boy was charged with racially abusing Morelos during an Old Firm at Celtic Park in December.

A Rangers spokesman said: “As everyone knows, Rangers abhors all forms of abusive behaviour, but because we believe the police are giving this attention, it would be wrong to comment further.”

Police Scotland said: “We can confirm we are investigating a complaint of racist language being used during the Kilmarnock v Rangers match at Rugby Park on Wednesday, February 12. Enquiries are ongoing.”