Lafferty apologised for his behaviour and said he was "embarrassed" by the outburst. 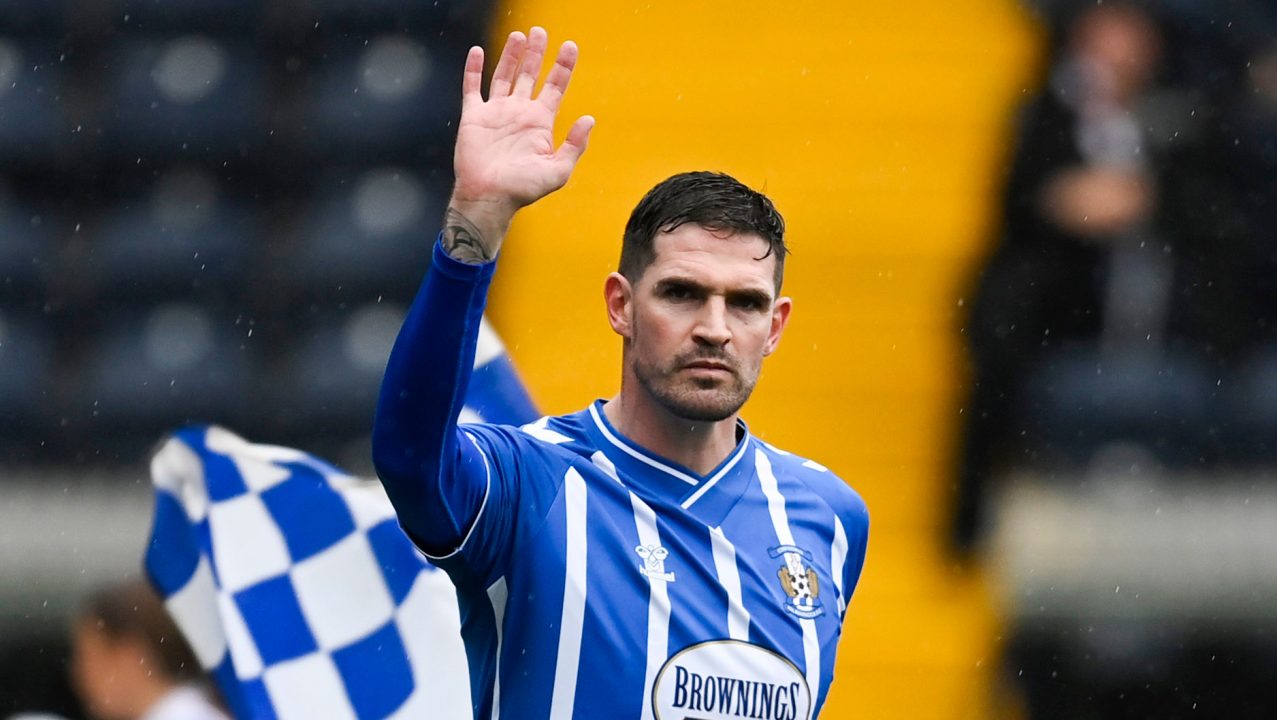 Kilmarnock striker Kyle Lafferty has been hit with a ten-match ban from the Scottish FA over the sectarian abuse of a Celtic fan.

Lafferty won’t play for his club until the League Cup semi-final in mid-January, against Celtic at Hampden, after admitting to the incident at an independent hearing on Thursday.

The Northern Ireland forward was filmed in an altercation with a man in a nightclub who asked him for a picture before shouting “up the Celts”. Lafferty then shouted a sectarian term towards the Celtic supporter as he walked away.

Kilmarnock immediately investigated the incident, then imposed a fine on the player and ordered him to work with anti-sectarian charity Nil By Mouth.

The Scottish FA brought separate action against Lafferty and charged him under a new rule that was brought in to tighten the regulations around offensive behaviour.

In a statement on the Kilmarnock website, the player apologised and vowed to learn from the incident.

Lafferty said: “I want to deeply apologise to the club, supporters and my family for the distress caused over the past month. I totally acknowledge that my reaction to the incident was completely out of order. There is no excuse, it’s something that I immediately regretted and have been embarrassed about ever since. I absolutely accept that I should not have responded to provocation in that manner.

“I placed myself in a position that has been very difficult to deal with, so I’m now determined to work with Nil By Mouth to ensure that others, particularly the youngsters at the club, learn from my mistake and avoid putting themselves in any type of similar situation in the future.”

Lafferty and a representative joined a hearing over Zoom on Thursday afternoon where he explained his actions. Shortly afterwards the governing body announced the panel’s decision to impose a ten-match ban, which is the mandatory minimum under the new rules.

The case was the first time a Premiership player had been charged under the new rule.

The suspension takes place with immediate effect and with the league shutting down for the World Cup next month, the striker will now be out of action until mid-January.

Assuming he is fit, Lafferty would be free to return to the Kilmarnock team for their League Cup semi-final against Celtic at Hampden on January 13/14.

Speaking on the day before the hearing, Kilmarnock manager Derek McInnes said:

“Obviously as a club we were unhappy with Kyle and we punished him.

“You have to [cope without him].That’s the deal with players and injuries and suspensions.

“This is outwith the norm but we feel like Kyle’s season had just got started, That’s the irony of it.

“He was a wee bit sluggish getting going and out the traps this season but his response has been terrific in the last four games.

“He’s been really influential and been a big part of us staying unbeaten. He’s got a couple of goals in that period as well so he’s always been an important player for me.

“Every manager has to deal with losing important players at some point in the season.”