The 23-year-old says 'things can only get better' under Postecoglou. 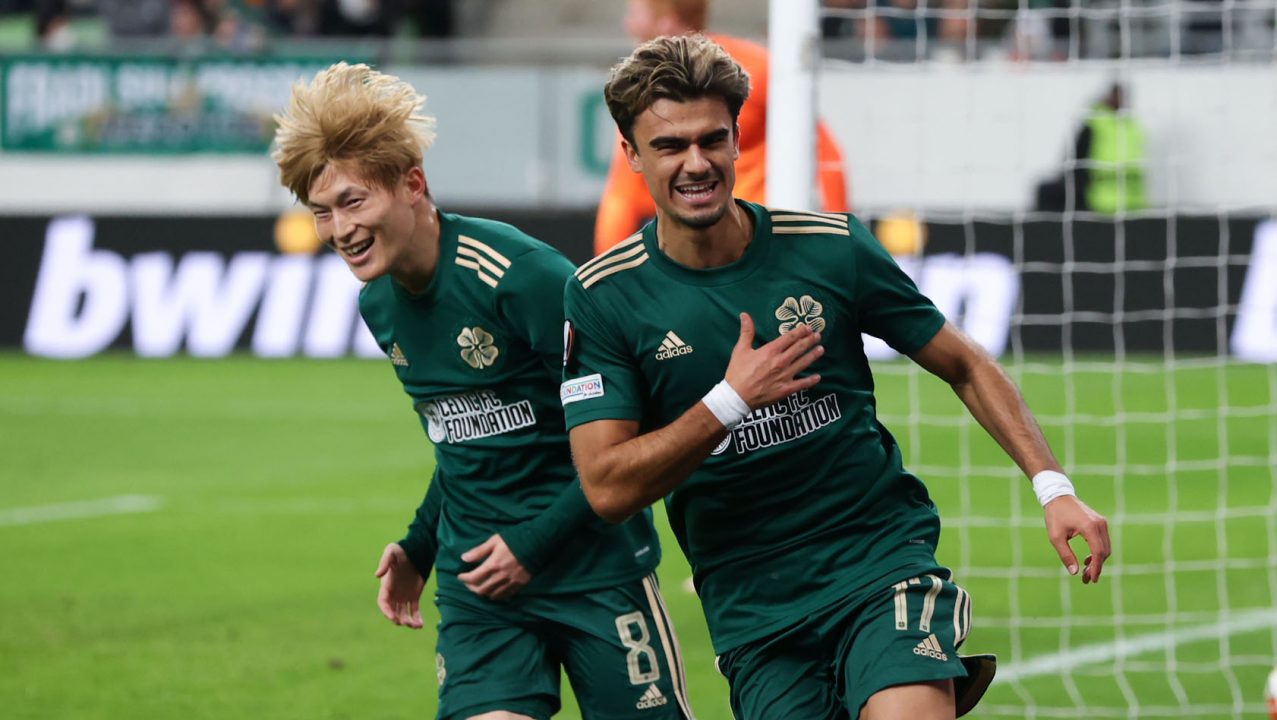 New Celtic signing Jota says he “fell in love” with the club and its “terrific” supporters during his initial year-long loan spell last season.

The 23-year-old winger signed a permanent five-year-deal with the Scottish Champions on Friday and is already looking forward to working with Ange Postecoglou again.

The former Benfica star, who cost Celtic around £6.5m, believes “things can only get better” at Celtic Park after last season’s Premiership and League Cup double.

After making his transfer to Celtic permanent, Jota admitted he was “feeling great” as he told the club’s official website that Postecoglou’s desire for improvement at the club, individually and collectively, chimes with his own ambitions.

He said: “Ange has a philosophy of the game which wants us to be better in every training session and every game.

“He aims for us to be better and better every week, and that’s something a player likes because there’s no point staying on the same level always.

“You want to develop, you want to be better and you want to achieve others things, and here at the club we’re ready for that and we’re getting ready for all the competitions ahead.

“Pre-season is always a very important time for us to prepare for what’s ahead because during the season we don’t have the time to be meticulous about all our tactics or whatever.

“So we need to work hard now because this will be the place until the end of the season, and that’s what we’re going to look for, to get the mind and the body ready for what’s coming.

“Trophy Day was amazing. Once we got to the celebrations, everyone just entered in a pure state of freedom and that’s what happened.

“And I just want that thing to happen a lot of times, to give the joy and the happiness to our fans, and let’s work. We are here to work.”

Speculation about Jota’s return to Celtic Park began even before the end of his loan spell, but he is glad to have his future confirmed.

“It’s a tremendous step in my career,” he said.

“I’m really happy to have joined Celtic and I just want to give some joy to the fans, to our team and conquer as many things as we can.

“It was a great experience last season. I already knew, more or less, how big Celtic was but I think people only realise once you are inside the club and inside the structure.

“With the season that we had with all the winning and all the trophies, I think it was very good for everyone, and I just got to know the club in another perspective, and I just fell in love.”

Jota’s recruitment follows on from the signings of Cameron Carter-Vickers, Ben Siegrist and Alexandro Bernabei, and the Portuguese attacker is looking forward to playing in front of the Celtic fans again.

He said: “I really missed the Celtic fans and Celtic Park, the atmosphere, and even the away games, I think they are terrific.

“It’s something that I was not expecting and it really pushed me.