Ben Davison says that Scot can deliver 'a showcase performance' against Jake Catterall in Glasgow. 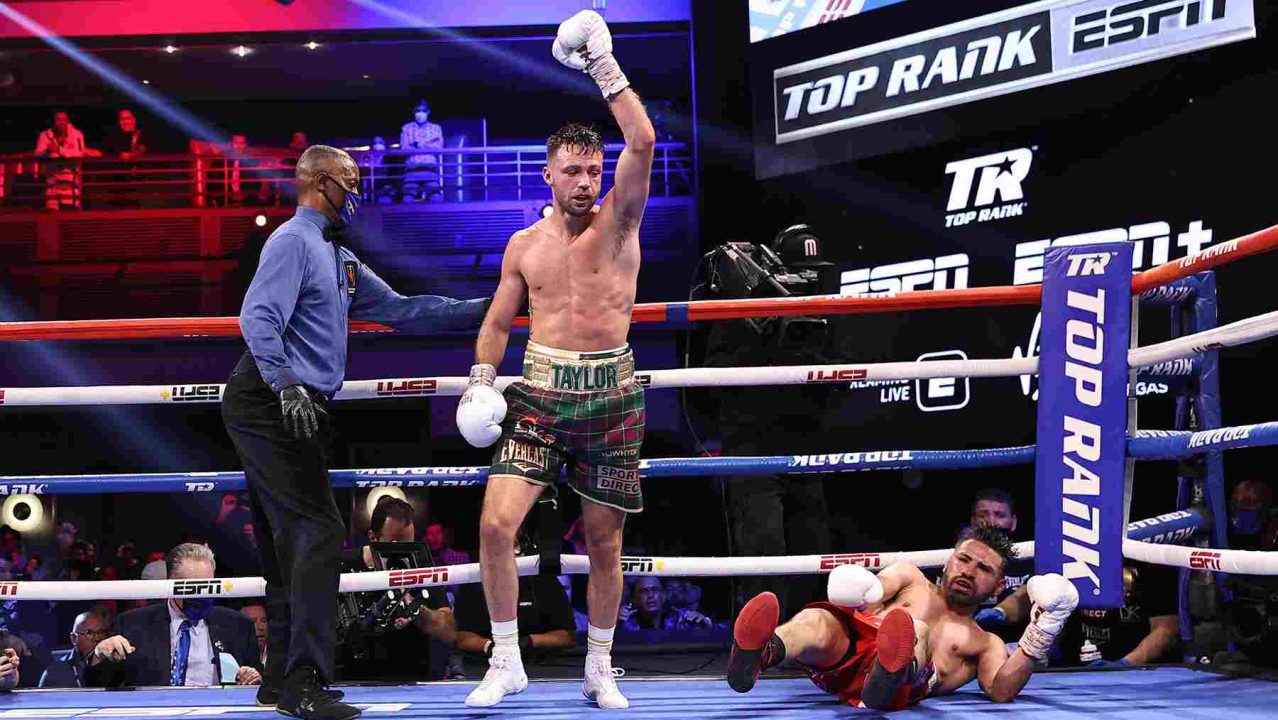 Ben Davison has vowed that anyone attempting to take Josh Taylor’s world title belts is on a hiding to nothing, as he prepares the boxer for a huge Glasgow fight night.

He’ll put it all on the line in a title defence on home soil when he fights Jack Catterall at Glasgow’s Hydro on February 26.

Englishman Catterall is the mandatory challenger and will step into the ring undefeated in 26 professional fights, having stopped half his opponents inside the distance.

Davison has been preparing the Scot for the challenge and the trainer believes it’s an opportunity to put on a show.

He told STV Sport: “A homecoming for Josh something he very much deserves and I believe if he gets this right, it’s a real potential showcase performance for him.

“It’s a big, big challenge for Jack, however we’re humble in preparation, we’ll be preparing as though he’s the best fighter that’s ever stepped foot on this planet.

“The pinnacle of the sport is there and it goes up in the air on February 26 and it’s our job to make sure it doesn’t go anywhere.”

Taylor’s stock has risen rapidly as he’s collected titles and notable victories. Davison thinks the 31-year-old has become a smarter fighter, more direct and purposeful, and that’s shown in his win over Ramirez, who the coach says is “a tough fight for absolutely anybody”, and his first-round knockout of Apinun Khongsong.

After working his way to the top of the sport, Taylor now fights to hold what he has, and Davison says he’s been using the threat of losing it all to keep the champion sharp.

He said: “I keep mentioning this in front of him – on purpose.

“Josh has worked his socks off his whole life to get to the pinnacle of his sport it doesn’t get any more than that, he’s got everything, completed it, and he’s letting someone step in  and in one fight take that off him? In one fight?

“No way, that’s not happening. No chance.

“I keep dropping that in to fuel that fire. Not that Josh is the type that needs that.

“I’ve always been very impressed with Josh that he sets himself new goals, but it must be a real motivator, knowing how hard you’ve worked to reach where you’ve got to and for someone just to swoop in? Not on this watch.”