The Prestonpans boxer will put his four world titles on the line against opponent Jack Catterall. 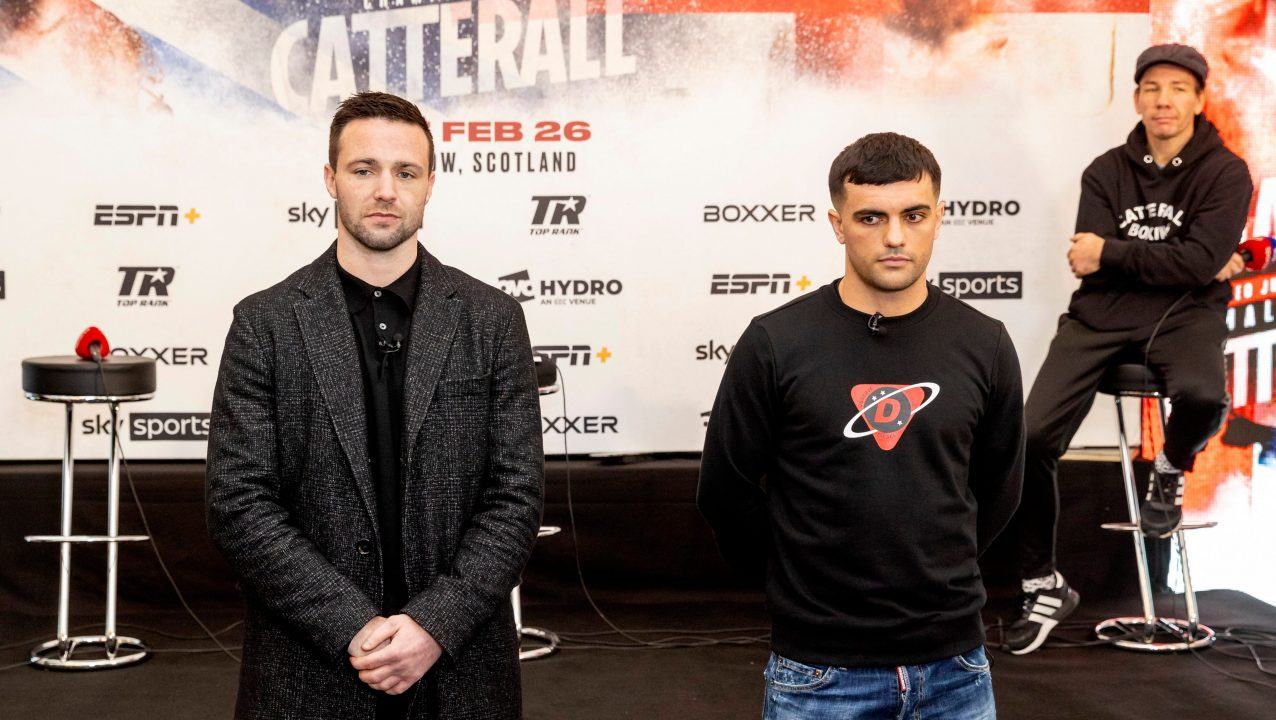 Josh Taylor says he’ll treat Jack Catterall like an old foe when the pair meet in their world title fight, and the champion will give everything to protect what he’s earned.

The Prestonpans boxer was meant to be squaring up to his English opponent this month but a knee injury for the undisputed world champion meant the date was pushed back to February.

Catterall is the mandatory challenger for the WBO belt but stepped aside to allow Taylor to fight Jose Ramirez in Las Vegas in May, and was even there ringside to cheer him on as the Scot made history.

Despite those close links, Taylor says he has to set it aside when he puts his belts on the line.

“There’s no bad blood there and never has been.

“The mindset towards him all changes now though. I’m getting sick of looking at his face already. I just want to get in there and beat him up and keep my belts.

“At the end of the day, he’s coming for what I’ve worked so hard to achieve.

“He’s getting the chance at all this glory in one fight so it’s my job to make sure he gets nowhere near it.

“I’ve got longer-term goals and ambitions that I want to do and Jack is standing in the way of it. If it doesn’t go the way I want it to go on fight night then the dreams are up in the air.”

Having beaten the likes of Regis Prograis and Ramirez on his road to glory, Taylor has had big nights and title defences in his career so far but he admits it’ll be a different experience making his first defence as the undisputed world champion.

“And it’s a piece of history to be made.

“It’s big for Jack Catterall as well. He’s got a chance to become England’s first undisputed champion so he’s got the bit between his teeth to create a bit of history.

“I’m going to be creating history in making a successful defence.

“It’s a massive fight and there’s the Scotland versus England thing. I’m really looking forward to it.”