The Scot remains undisputed champion but suffered a tough night. 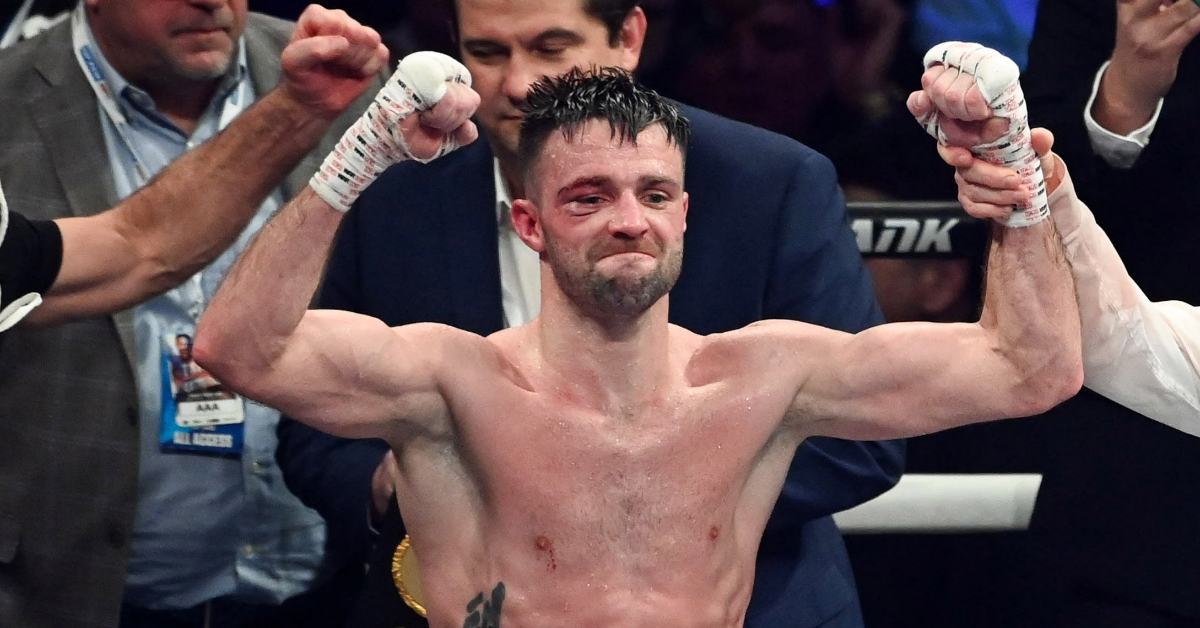 World champion Josh Taylor has insisted he won over Englishman Jack Catterall after a controversial split decision saw him retain his WBC, WBA, IBF and WBO light-welterweight belts in Glasgow.

Catterall claims his dreams were stolen after he put down the Scot in the eighth round for a count of eight and looked to have got the better of Taylor over 12 rounds.

The Englishman, and much of the sell-out crowd at the OVO Hydro, were surprised when the judges scored it 113-112 in favour of the Scotsman with the other two judges giving it 114-111 and 113-112 to the 31-year-old champion.

“Jack deserves all the praise he’s got because he turned up, he’s done well and he did better than everyone expected so fair play to him but he never won that fight and I told him that in the ring straight after the result,” Taylor said.

“I said, ‘Well done, you done great but you never won that fight,’ so obviously he maybe disagrees.”

On Instagram, Catterall claimed two years of work had been all for nothing.

“You know what hurts the most, it wasn’t for me I done all of this for my family, my team, my town and country,” he said.

“My baby girl and misses, our future. Today I should of been waking up with all of the belts. 15 months out the ring, they all wrote me off.

“Sacrificed everything to fight one of the top p4p ranked fighters, gave him a lesson. For what. Boxing shame on you… Dreams stolen.”

Taylor was defiant and said he and his team know he won the fight.

“We know it was close and we know it wasn’t our best performance but we know we won the fight,” he said.

He told Sky Sports: “He stepped aside on the promise that he would get the opportunity, he gets the opportunity and he performs like that, beats the champion in his own backyard, and gets absolutely robbed.”

Taylor said the fight in Glasgow was his last at light-welterweight and he will move up to welterweight for bigger challenges.

“I feel I’ve earned the right to be in big fights now. The way I’ve come up in my career, I’ve took all the risks, very early on in my career where other fighters would maybe possibly wait for this fight or that fight.

“I took all the risks, I’ve jumped in at the deep end and it’s been sink or swim and I’ve learned that I can swim and I’m definitely one of the best in the sport.”