McGinn 'delighted' Porteous 'shut a few critics up' against Ukraine

McGinn praised the strength in depth of the Scotland squad following the draw in Krakow. 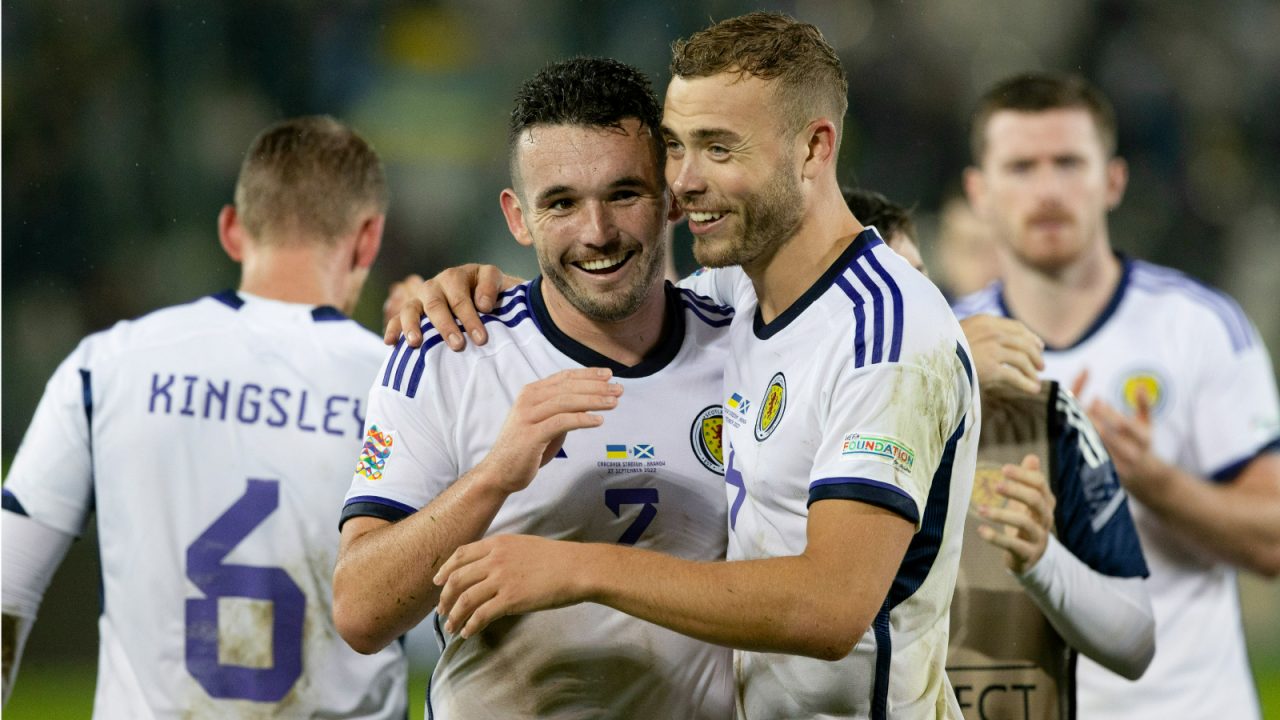 Scotland star John McGinn says Scotland’s 0-0 draw against Ukraine that sealed Nations League promotion and a place in pot 2 for the Euros draw shows the strength in depth right through squad.

Steve Clarke had to contend with a host of injuries, suspension and illness in the camp in Poland ahead of what was their third game in six days.

But the threadbare squad managed to come away with the required result with debutant Ryan Porteous in particular coming in for praise for his performance.

It was the Hibs defender’s first international cap and McGinn, who was captain in Andy Robertson’s absence, said the 23-year-old “shut a few critics up” and showed the quality running through the national team from the Premiership and England’s top flights.

He said: “We were up against it tonight, we had a bit of illness, we had injuries, we’ve had travel and we’ve had three games in six days so a lot of circumstances going against us, but we stood tall and showed great character in the end.

“It just shows the strength in depth we have, we’ve got top players around the country whether that’s in the Premier League or up in Scotland. We like to talk our game down, we like to talk our own players down and we need to try and get away from that and try and support every player that comes to play for the national team.

“He has proved a lot of doubters wrong and if it wasn’t for him and Jack Hendry tonight then we might not be in pot two for the Euros draw and in Division A.

“So Delighted for Ryan to shut a few critics up and hopefully moving forward we can all get behind everyone no matter who they play for or who they are as a player.”