The Rangers captain says the team will use disappointment as 'fuel' for the Scottish Cup final. 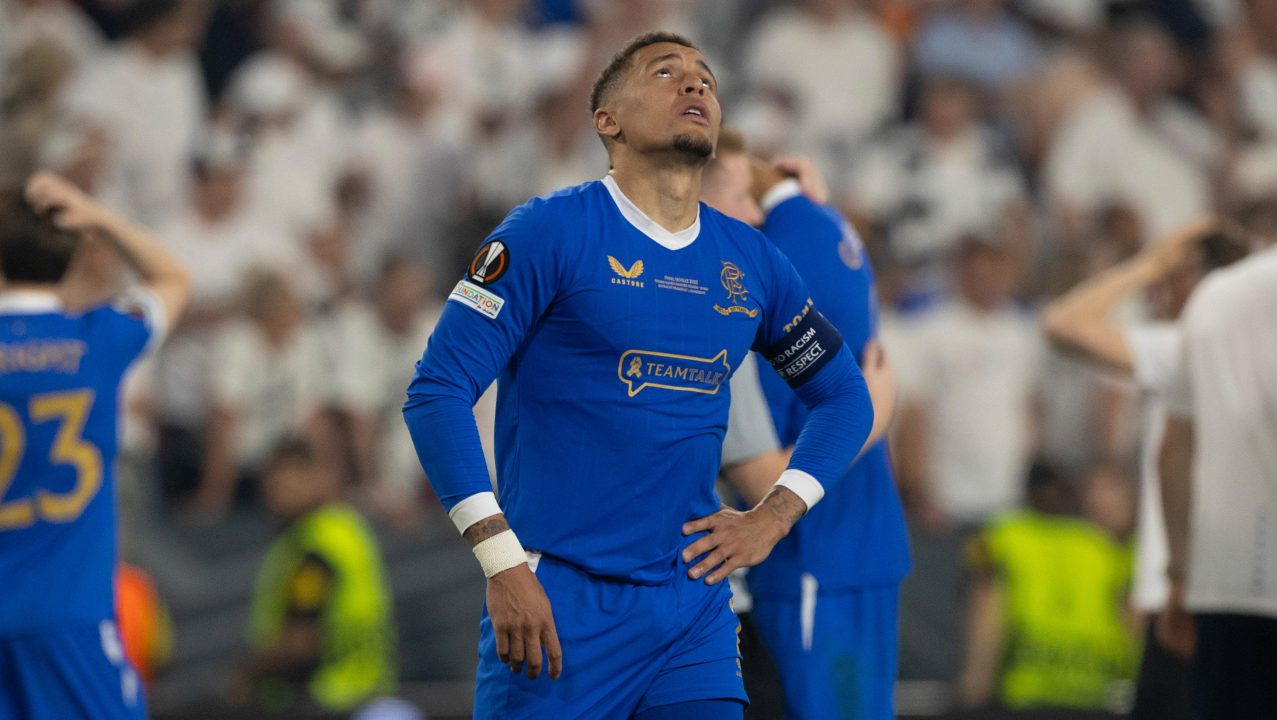 Rangers captain James Tavernier has said he feels “devastated” by his side’s Europa League final loss but feels proud of the players’ efforts throughout the campaign.

The Ibrox side took the lead against Eintracht Frankfurt in Seville when Joe Aribo scored in the second half but Rafael Santos Borre netted an equaliser to force extra-time.

When the additional time passed without a further goal penalties were needed to settle who would take home the trophy and Rangers midfielder Aaron Ramsey saw his spot kick saved while Frankfurt scored all of their attempts.

Tavernier told STV the defeat was difficult to endure.

“I’m devastated,” he said. “It’s devastating the way the game unfolded. To lose on penalties is tough to take.

“We took the lead and then conceded a goal that we probably should have done better on. Their keeper makes a fantastic save from Ryan [Kent] towards the end and then obviously saves the penalty.

“I’m devastated but I’m also proud of everyone associated with Rangers and every single one of those players that’s in the dressing room.

“On the journey that we’ve been on, the fans have followed us everywhere. Our dream tonight was to make everyone proud. We obviously didn’t push it over the line but the effort that the boys put in, I couldn’t be more proud of them.”

The team now need to pick themselves up quickly with the Scottish Cup final against Hearts on Saturday giving Rangers their last chance for silverware this season. Tavernier said they would have to use the disappointment of the Europa League as motivation.

“We’ve got a very important game on Saturday now,” he said. “This gives us fuel.

“We want to be in these finals again. We want to pushing for these kind of games and we’ll use this as fuel for next season and obviously for this weekend.

“I know every single one of those lads will give 110% when it comes to the weekend. We want to pick that trophy up.”