Celtic can take 'so many positives' from Champions League campaign

Forrest says Celtic's performances at this level have been better than some previous teams he has been part of. 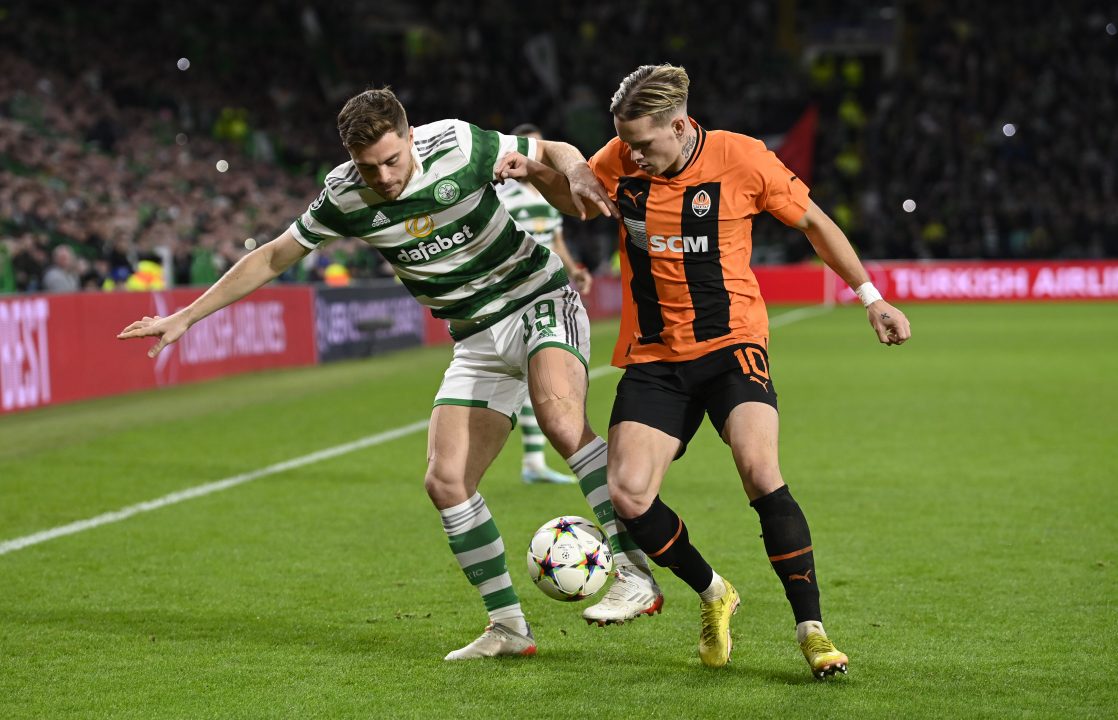 Celtic winger James Forrest believes the club can take a lot of positives from their Champions League campaign despite Tuesday night’s draw that leaves them anchored to the bottom of Group F.

The Hoops were held 1-1 despite taking the lead against Shakhtar Donetsk in the east end of Glasgow in their penultimate group stage tie.

The point is only their second of the campaign and leaves them with no chance of European football after Christmas, but the long-serving wide man insists the performances put in by Celtic have been better than some previous attempts at the top tournament when more points were picked up.

They will now travel to Madrid for their last European game until next season when they will be hoping to be in with the big boys again as the Scottish Premiership champions who will qualify directly to the group stage again.

But Forrest, who came on as a second-half sub to make his 110th European appearance for the club, believes they can use the experience of this year to turn the performances into points at their next opportunity.

He said: “We played really well, in I’d say, every game in the Champions League this year.

“We were obviously one nil up and we’ve obviously conceded the goal to draw again but no, I think we can take a lot of positives from the performances throughout this campaign.

“I think the next time we get into the Champions League, hopefully that’s soon, and we can maybe
change the performances into results as well.”

The 31-year-old, who has over 100 goals and won 20 trophies for Celtic since making his debut nearly 12 years ago, insists the displays at this level have been night and day to some of the teams he has been part of in the past.

He said: “Yeah, I’ve said it to a few the boys as well that I can remember playing in games where you maybe get one cross, one shot in a game and you’re defending for 90 minutes and sometimes you can get a result.

“I feel like every game we’ve been well in the games; we’ve had loads of chances and just sometimes we’ve not managed to take them.

“But I think it’s definitely promising for five games in the Champions League and the amount of chances we’ve created in every game.

“I think there’s so many positives to take, definitely.”