The reigning World Champion was tipped for gold after his success in Oregon in July. 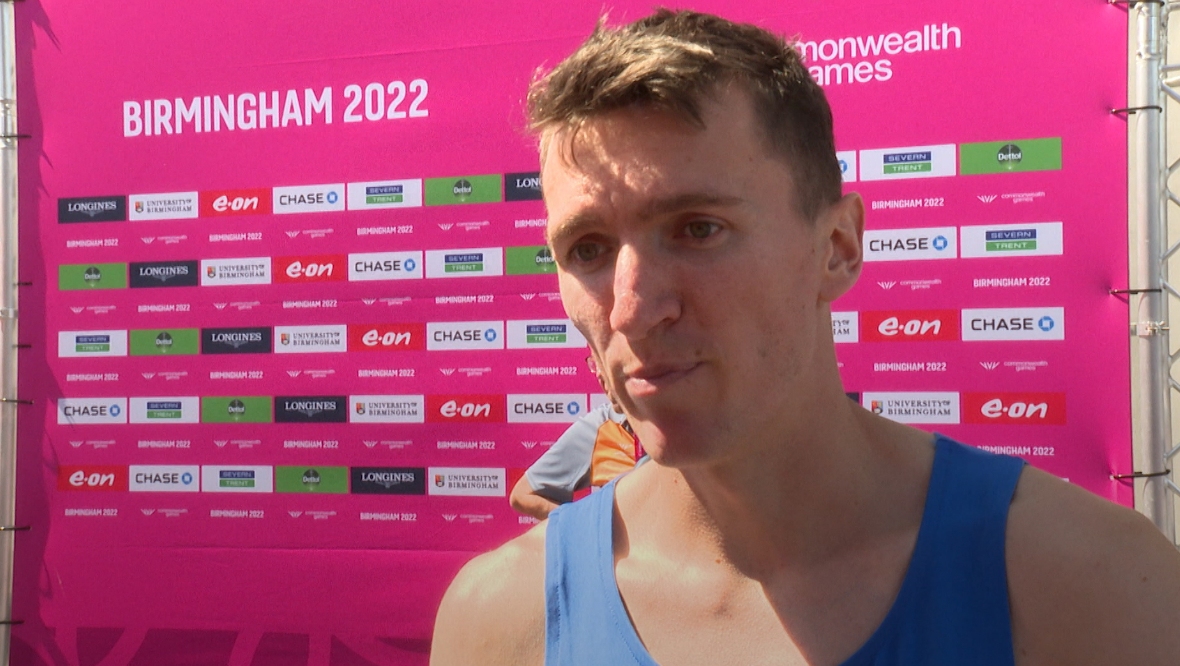 Jake Wightman admits he was relieved to get a medal in the men’s 1500m at the Commonwealth games after clinching bronze in Birmingham.

The reigning World Champion was tipped for gold after his success in Oregon last month but believes the gruelling schedule took its toll on his body as he finished third behind Australia’s Oliver Hoare and Kenya’s Timothy Cheruiyot.

He told STV News: “It was very tough. Toughest race I’ve probably ever done, I think.

“A lot of things for me at this champs were just going to be different from every other one I’ve been to.

“I really wanted to give it a go to win it. That would have been like a dream; to have come from World’s and win it and then get myself back up to winning at Commonwealth’s but, I got something from it.

“I’m just not quite as fresh mentally and physically as I was a couple of weeks ago and hope people acknowledge how tough that probably was.

“It was a field that missed a couple from the World’s and that was it, so, I was a bit disappointed to start with, but, in hindsight, I’m very proud and, more than anything, relieved that I’ve been able to back it up with a medal here.”

Wightman admits his status as World Champion added a bit of unwanted pressure ahead of the race.

“It was definitely a less pleasant experience these whole few days because you battle with your own head on what you expect to do and what other people expect, so coming into this wasn’t quite as relaxed as before and it’s different being the one people are trying to beat then being the one trying to get past others and the spotlight’s on them.

“It’s a medal for Scotland, that’s the main thing. It’s to give back to them to show that we’re in such a good place and they’ve done so well to get us here. I’m just proud we could get one of us on the podium.”