The Celtic manager says his team's march to the top has been "unbelievable". 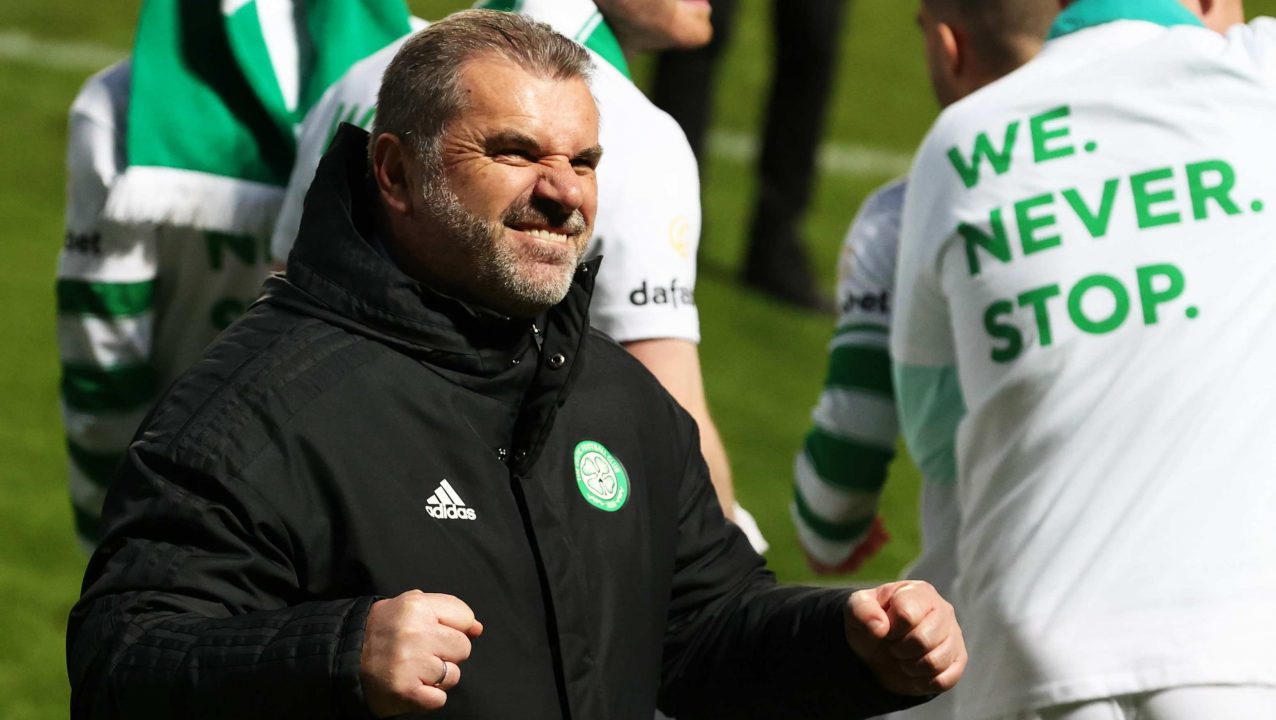 Celtic manager Ange Postecoglou has congratulated his players and staff after they clinched the Premiership title with a draw at Dundee United.

The 1-1 draw at Tannadice means that Celtic can’t be caught at the top of the league and have secured a second trophy of the season after winning the League Cup.

For Postecoglou, the success marks a remarkable turnaround after taking charge last summer and overhauling the playing squad. He said that what had been achieved was “pretty amazing”.

“Fair to say it’s overwhelming,” the Celtic boss said. “I’m just really proud of the players and staff. We started so far back in terms of a starting point so to end up where we are is an unbelievable achievement.

“The club had a difficult year without success. Even worse the fans couldn’t do what they love the most. I knew this year would be a pretty important year.

“As much as steadying the ship, we had to put down a marker for the fans and make an impact. The fact we’ve ended up champions is pretty amazing.”

After a struggle in the early weeks of the season, where Celtic won only three from their first seven games, the team went without defeat from mid-September and the 31-game unbeaten run saw them catch Rangers and build an unassailable lead.

“I’ve said downstairs (to the players), it feels like two seasons in one,” Postecoglou said. “We’ve jammed in a rebuild season and a season of success.

“I came with the best intentions, I’m a pretty ambitious guy but I knew it would be a tough ask because I knew our starting point and the opposition. After round seven you look where we were and now to be 31 games undefeated has been unbelievable.”