Hogg: Scotland can kick on after beating Italy

The full-back believes the 17-0 victory can be a huge confidence boost after back-to-back defeats. 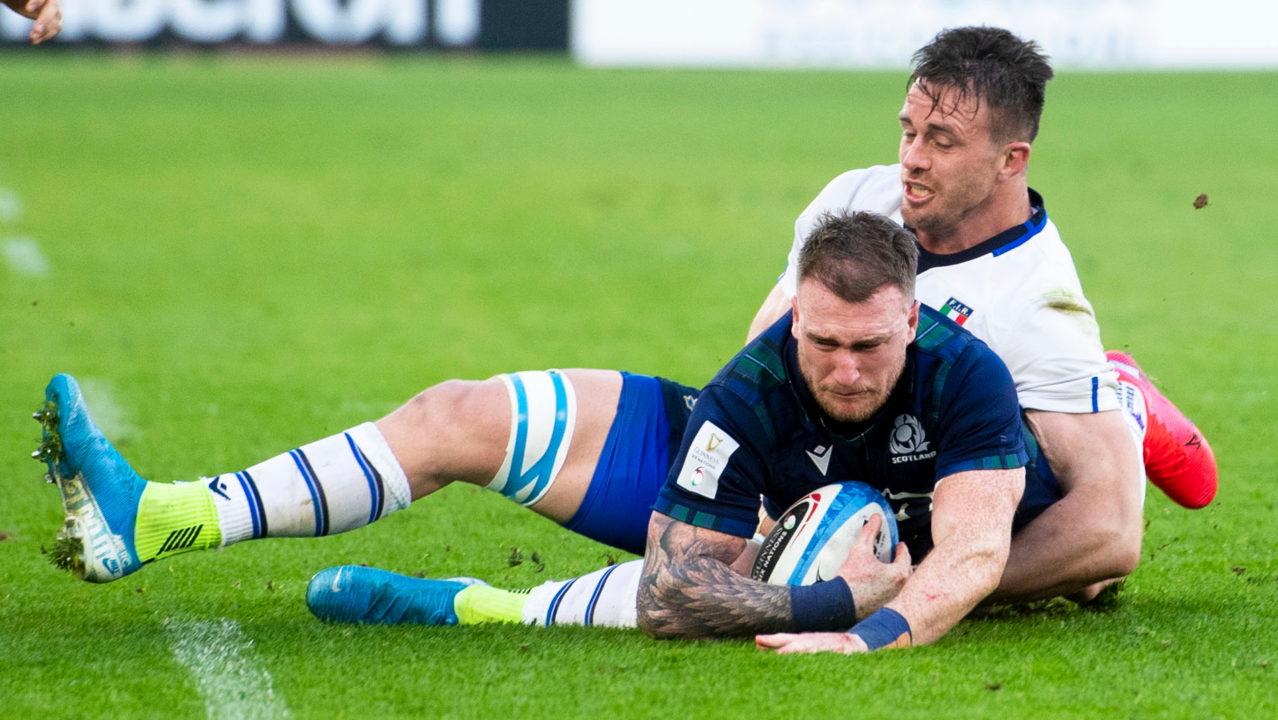 Scotland captain Stuart Hogg believes that his side’s win against Italy in Rome can be a springboard to a strong finish in the Six Nations.

The full-back had raced through a hole in Italy’s defence to score Scotland’s first try in the competition and put the side on their way to a 17-0 win in the Stadio Olimpico, with Chris Harris and Adam Hastings also crossing over.

The win came after disappointing defeats to Ireland and England in the first two matches of this year’s championship and it was Hogg’s first win as captain.

“I believed in the boys from the very beginning and believed that we could get wins in Test matches,” he said.

“We hadn’t performed the way we wanted to in the first couple of games. But the exciting thing is we can get better. This group is now hopefully on track.

“It’s a huge confidence boost and we’ll kick on now.

“The challenge is to take it on to France. We’ll enjoy the win but we need to carry it on into the France game – and we’ll work very hard to do that.

“There’s a hell of a lot of talent in there and we can execute. I’m proud of their efforts.”

Hogg admitted the team was sloppy at times, and said that they still needed to show patience at times, but they had shown with Chris Harris’ try that with composure they could go through the phases and enjoy succeess.

“It’s a lot easier to speaking to the boys in the huddle after a victory,” he added. “I said after the game that it wasn’t perfect – but nothing ever is perfect.

“Our attitude was spot on and the excitement can build, because we can get better.

“This is just the beginning. We’re going to get better and better. And we’re going to enjoy doing it, as well.”

Head coach Gregor Townsend was happy with the performance and felt the game plan had been effective.

“When you play against a team that moves the ball wide they bring a lot of threats to your defence but there are more opportunities,” he said.

“We didn’t have many opportunities against England because they didn’t move the ball that much.

“It was a plan. We had success but they had success as well and that’s something we need to work on.”