The 18-year-old defender has been a regular starter since moving to Italy. 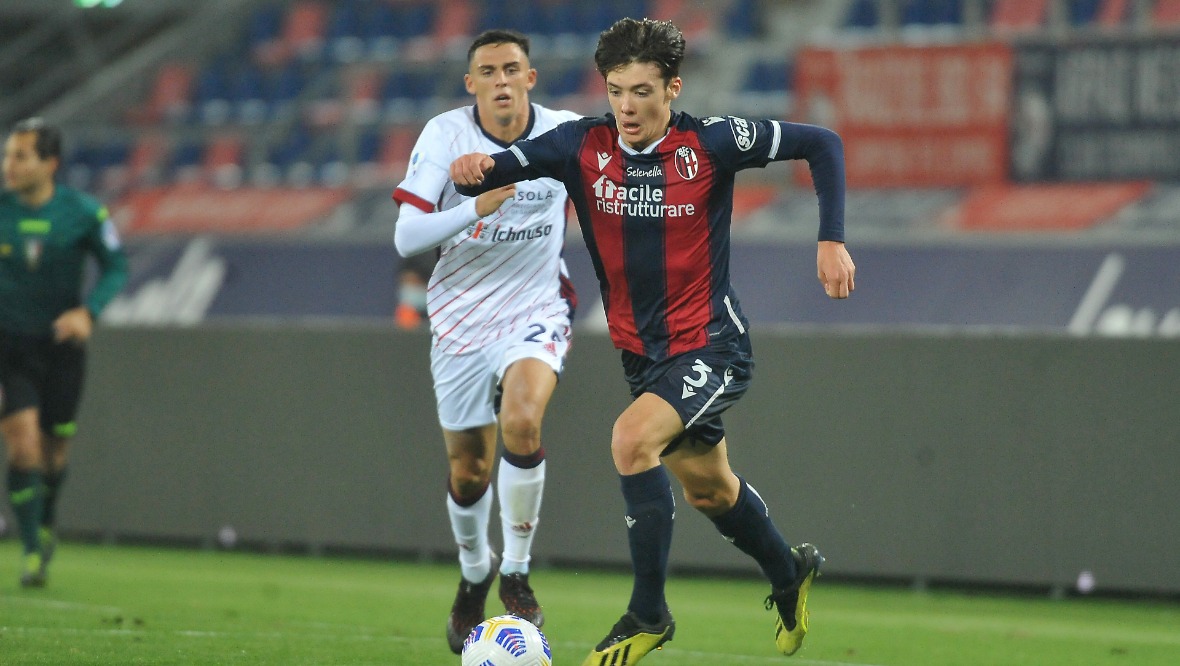 By Sheelagh McLaren and Jack Thomson

Former Hearts defender Aaron Hickey said he has already improved at Bologna ahead of his side’s clash with Inter Milan on Saturday.

The 18-year-old defender has been a regular starter since making the switch from Edinburgh in September and has now set his sights on a place in the Scotland squad for the Euros.

He told STV Sport: “Football wise it’s actually been good because the coaches have been telling me stuff every day and giving me tips.

“Everything is really good.”

When asked about the strides he has taken since joining the Serie A side, he credited the coaches and experienced players at the club.

Hickey added: “They’re teaching me every day how to be in the left back position, giving me wee tips. Everyone at the club has been really good for me.

“I didn’t expect to play straight away as soon as I came in.

“I’ve had a wee bit of luck when obviously Mitchell Dijks, who is a really top player, had a red card against Milan and an injury as well so I’ve managed to play those games.

“I’m delighted at the way it’s gone so far. I just have to kick on from there.”

Hickey said Scotland qualifying for Euro 2020 after beating Serbia was an “amazing achievement”.

He said: “I was watching it with my dad. We were buzzing for Scotland. Amazing achievement.

“When I went in to training the next day I was getting a massage and I saw the physio. He doesn’t have any English but he was shouting ‘Scotland!’”

An injury forced Hickey to pull out of the Scotland under-21 squad last month – but he’s hopeful he can catch the eye of Steve Clarke and clinch a place in the senior squad next year.

He said: “Well, if I keep playing in the Serie A then… But I mean, I‘ve got top class left backs ahead of me in Kieran Tierney and Andy Robertson.

“I can also play right back as well but obviously we’ve got Stephen O’Donnell and few other really good players on the right hand side as well.

“I’ll just have to keep my head down and keep working hard and it’s up to Steve Clarke, it’s his opinion.”