Kevin Nisbet faces a long lay-off with an ACL injury. 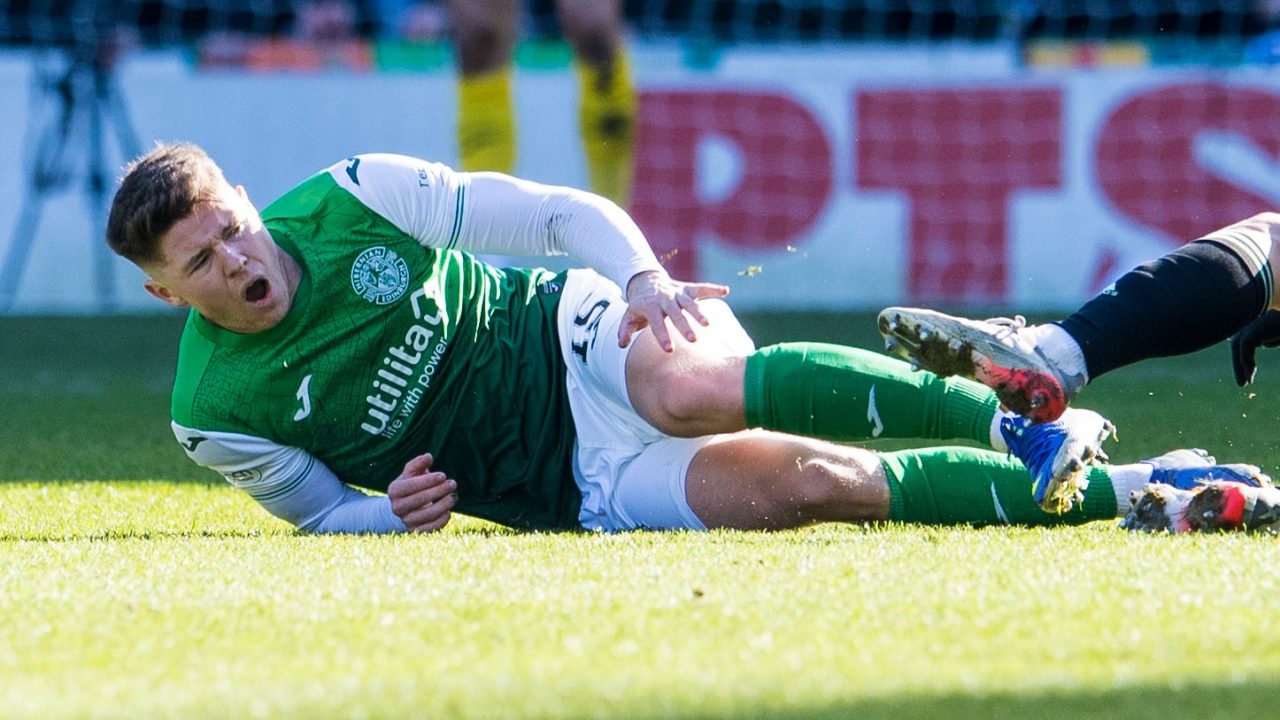 Hibernian have learned that striker Kevin Nisbet is likely to be out of action for seven to nine months after surgery on his injured knee.

The Easter Road club already knew that their Scotland international would miss the rest of the season due to the injury he suffered against Celtic last month but will now be without the forward for the first few months of next season at least.

Nisbet has suffered damage to his anterior cruciate ligament and surgery in London this week went well but his path to full recovery will take time.

“Unfortunately it was an ACL injury so Kevin will be out seven to nine months. But he is still very motivated.

“If, and I think we are all hoping Scotland qualify for the World Cup, then he can still make that squad.

“Speaking to him, he is very motivated to come back a better player and there is no reason, and I have said this to him, that he can’t think that he comes back and be the best striker in the league.

“There is a lot of work to do. It is a lonely journey but we will be there every step of the way for him.

“He was very disappointed in the last couple of weeks but I noticed that when I went to see him in London that there was slight change of disappointment to now getting motivated.

“It is very tedious the first few months with his injury but all the work he has to do will benefit him in the long run and he has to be very motivated to come back as the best striker in the league, and achieve something with the national team and there is absolutely no reason he can’t do that.”

Speaking last week, before his operation, the forward had said that he was confident he would return stronger from the blow.

“This is a setback, but I have my head around it already,” he told the club website. “I will stay focused and positive as I aim to get back into action for Hibs and Scotland quickly.

“I think Hibs fans were starting to see the best of me again, but this injury will just make me more determined to become an even better player, as I’m not the type to retreat into a corner and hope for the best.

“I will work with the medical team, and strongly believe they can help me come back stronger and better.

“One of my biggest disappointments is that I won’t be able to help Hibs for the remainder of this season, but I’m confident the manager and my teammates will get the job done.”