The centre-back ran the length of the pitch before lifting a calm finish over David Marshall. 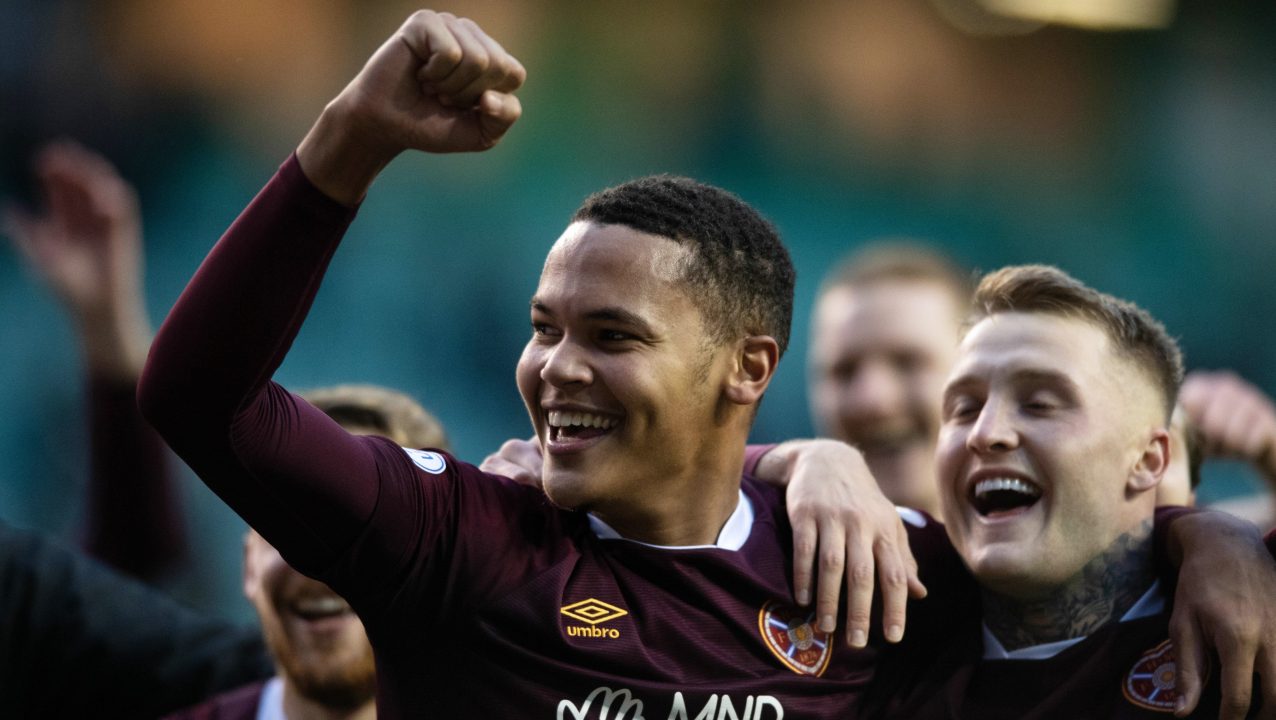 Hearts defender Toby Sibbick relived his eye-catching goal against Hibs in the derby and said he enjoyed sparking different reactions from the two sets of fans.

The visitors were 2-0 up in the closing minutes of the Scottish Cup tie at Easter Road but were down to ten men after a red card for captain Lawrence Shankland.

As Hibs pushed for a goal to get back into the game, a swift counter saw Sibbick stride out from defence and run the length of the park before clipping a neat finish over Hibs keeper David Marshall.

“If I don’t take the first touch, although it was heavy, I don’t necessarily think I score,” Sibbick said “It brings the keeper out a bit.

“If it was too close to my body he would’ve stayed on his line and the angle is tighter. But the first touch brought him out and I just thought, ‘Just dink it over him’ and fortunately it worked. So I’m happy with it.”

“It was my first goal here at the club, I haven’t scored many in my career, it’s something I need to work on. To score and send the fans home happy, and they were going wild at the time, was an amazing feeling.”

A competitive derby at a noisy Easter Road meant there was inevitably some stick for the Hearts players but Sibbick shrugged it off, though he hoped that his goal had some effect on the watching Hibs support.

“I don’t pay much attention to that,” added Sibbick. “Fans will always try to get on your back but I had the backing of our fans, I scored and hopefully that shut the Hibs fans up.”

The Englishman had celebrated a goal against Hibs before, only to see it chopped off by officials, so it made it extra special this time aruond.

“I’ve been saying for a while now that I need to score,” he said. “The one in the derby at home got disallowed, so there was no better time to score my first one. Hopefully I can add a few more this season.

“It was a tough game, our fans were probably nervy watching it, Hibs hit the post a couple of times and had a few good chances. When we went down to ten men it was only 2-0, so to score the third and calm the nerves a bit was a good feeling.”