Andrew McKinlay says plans have the backing of all Premiership teams.

Hearts chief executive Andrew McKinlay says the independent review into the SPFL is for the benefit of the whole of Scottish football – and the five clubs involved have not met any opposition from other Premiership teams.

The Tynecastle club, along with Aberdeen, both Dundee teams and Hibernian, announced this week that they have commissioned Deloitte to conduct a strategic review that will look at opportunities for commercial growth, structure, governance and all other aspects of the league.

The five clubs are footing the bill for the review but McKinlay says they haven’t gone out on their own without the support of their fellow top-flight teams.

He said: “It’s independent, the recommendations will be published and it’s for the benefit of the whole of Scottish football and not just the five clubs.

“We’ve spoken to every other club in the Premiership and we’ve had no opposition. They’ve been generally very supportive.

“Obviously there’s been some cynicism and I get that. Okay, so we’ve seen it all before but is that reason for not doing anything? I don’t think that’s the case.

“We’ve spoken to everyone and there’s no issues.”

McKinlay explained the reasons behind the joint venture, saying that the clubs involved were following a lot of debate with some action to try and lift the game.

“There’s always a lot of talk in Scottish football about whether we can do more, can we sell ourselves better, can we be clearer about what our brand is and what our USP is,” he said.

“That’s what it is a lot of the time. Just talk. There was a view from these clubs that said let’s p[ut our money where our mouth is, bring in an independent third party to have a look at it and see if there is something we can do to make more money.

“We all talk about it so let’s establish whether there is something more that we can do as Scottish football.”

Central to the review is an exploration of what clubs can do to improve their income but McKinlay is of the opinion that bringing in more revenue would let clubs deliver a better experience and develop in the future.

“We should be able to have a better product on the pitch, which obviously fans want as well.

“Ultimately, certainly from our point of view, it’s not money to give to our shareholders, it’s money to improve the clubs.

“But it’s money to improve all the clubs. There’s no suggestion here about redistributing wealth. It’s about bringing money in and growing the pie so that everyone can get a bigger share of that pie.”

Deloitte aim to deliver their findings in around six months time but for Hearts and their fellow clubs, that report would just be the start of the process.

McKinlay said: “This is only the initial six months to come up with what we might be able to do.

“We then have to actually look at what we want to do, what we can do, and what the whole of Scottish football wants to do.

“Ultimately we won’t be able to do anything as five clubs if the rest of Scottish football are not interested.

“We would hope that if it comes back with something that’s for the benefit of everyone, then why wouldn’t people want to do it?”

Royals sent thousands of condolence letters after death of the Queen

Investigation launched into 'increased rate of deaths' of new-born babies 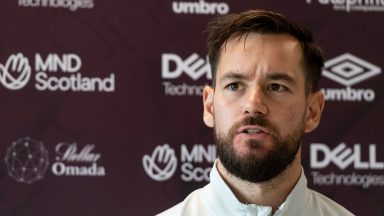 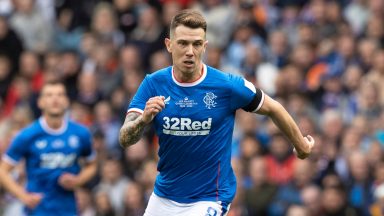 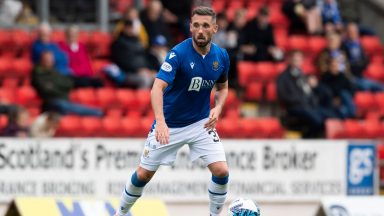 Davidson hopes Clark can cut it on return to Dundee United

Rangers defenders Souttar and Helander 'out until after World Cup'

Motherwell boss Hammell eager to get back into action against Celtic