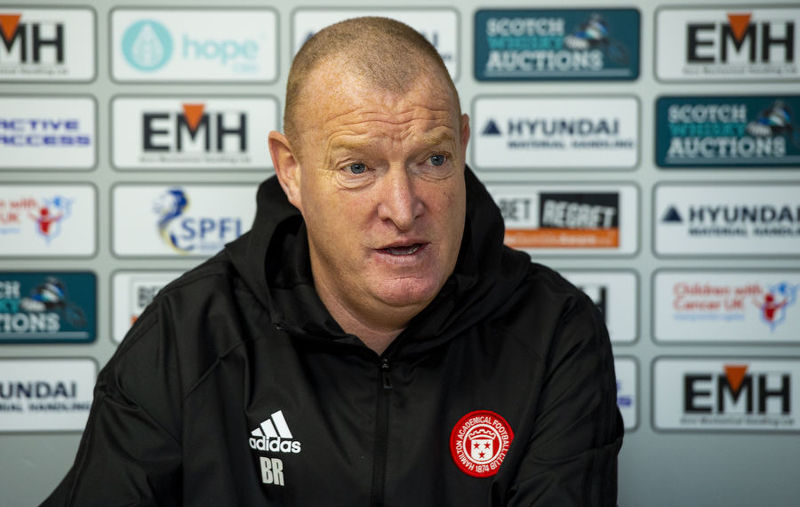 Hamilton boss Brian Rice believes a wind meter should be used in Scottish football after he watched a “complete farce” at the weekend.

The Accies manager was a spectator at Hibernian’s 4-1 Scottish Cup fifth-round win over BSC Glasgow on Sunday as Storm Ciara swept the country.

He was far from impressed with what he witnessed at Alloa’s ground and there is set to be further inclement weather when his side host Aberdeen in the Premiership on Tuesday night.

Rice said: “I can’t believe in this day and age where we have goalline technology, VAR, all these tools to improve the game and we don’t have a wind meter.

“I have said it for 15 years. The worst conditions you can ever play in is the wind and I think it has been proven.

“There must be a wind meter, something we can use because it just destroys the game.

“The players don’t like it, the fans won’t come out in it, the game is a lottery. I was at the Hibs game. A complete farce.”

Accies lost 4-1 to Rangers in their Scottish Cup clash on Saturday and Rice, who served the third of a five-match ban for breaching betting rules, is adamant that the home side should have had a penalty for a handball by Gers defender Connor Goldson.

He said: “When you play the Old Firm, you have to take your chances and you have to carry luck and you need to get some big decisions.

“Michael Beale (Rangers coach) said to me at half-time, ‘that’s a stonewall penalty, how did you not get it?’ “I am disappointed because the referee and linesman had a really clear view of it.”