The Rangers attacker believes the Europa League tie is "50/50" after a 3-2 win at Ibrox. 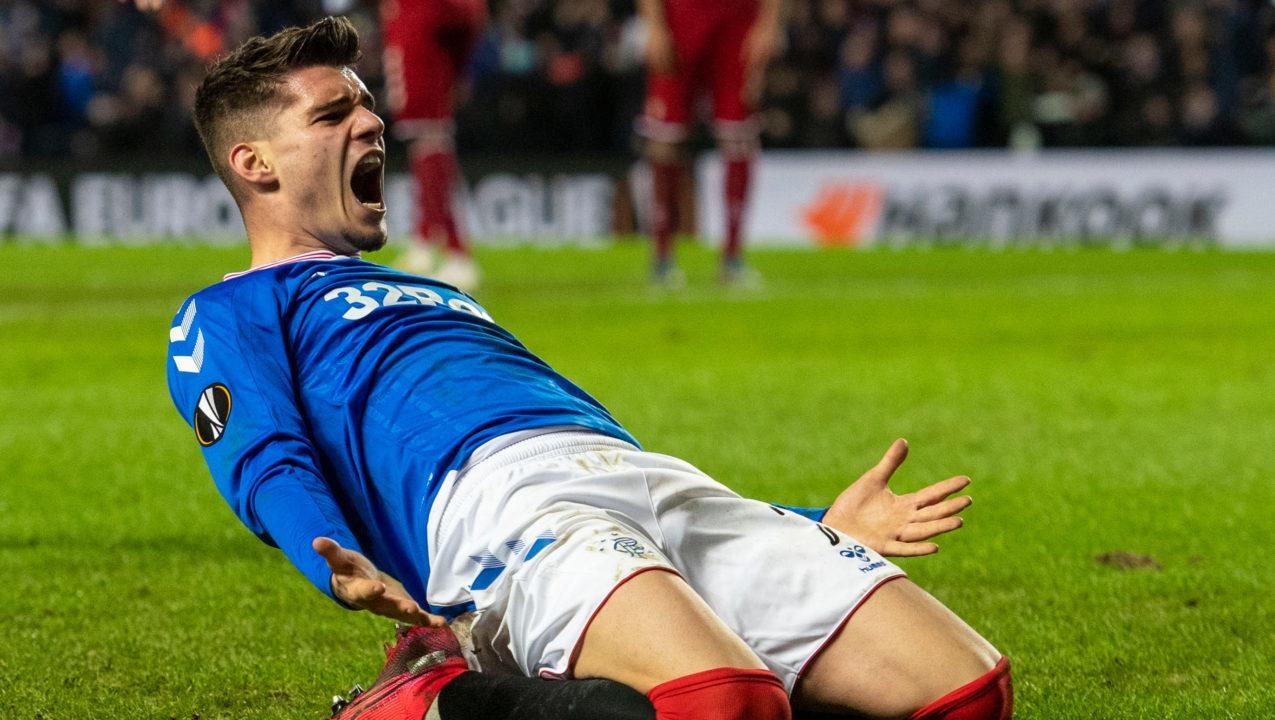 Ianis Hagi has spoken of his pride at playing a starring role in Rangers’ 3-2 win over Braga and believes his goals have left the tie finely balanced ahead of next week’s match in Portugal.

Braga had taken a commanding 2-0 lead at Ibrox on Thursday night when Hagi conjured up a goal to put his side back in contention.

After Joe Aribo had fired in an equaliser, Hagi struck a free kick that deflected off the wall and into the net to give Rangers a memorable victory.

The attacker was watched by his father, Romanian legend Gheorge Hagi, and Ianis believes he made them proud.

“My whole family was here,” he said. “It’s amazing. It’s not the first time they’ve come but I’m really proud that they were in the stands today.

“I’m happy and I guess I made them proud.”

Hagi arrived at Ibrox in January on loan from Genk, with Rangers holding an option to buy, and the Europa League tie was his most important performance so far.

He feels his own contribution has set up a finely-balanced decider in the second leg in Portugal next Wednesday.

“I think the first half was 50/50 even though they went 2-0 up,” he said. “We had our chances and missed them, they had theirs and scored.

“That was the difference but I thought it was even. Both teams attacked and had opportunities. Then we turned it up and the chances we had, we scored.