Glen Kamara: I should have walked off the pitch against Slavia

The Rangers midfielder said Ondrej Kudela left him feeling "like a little boy". 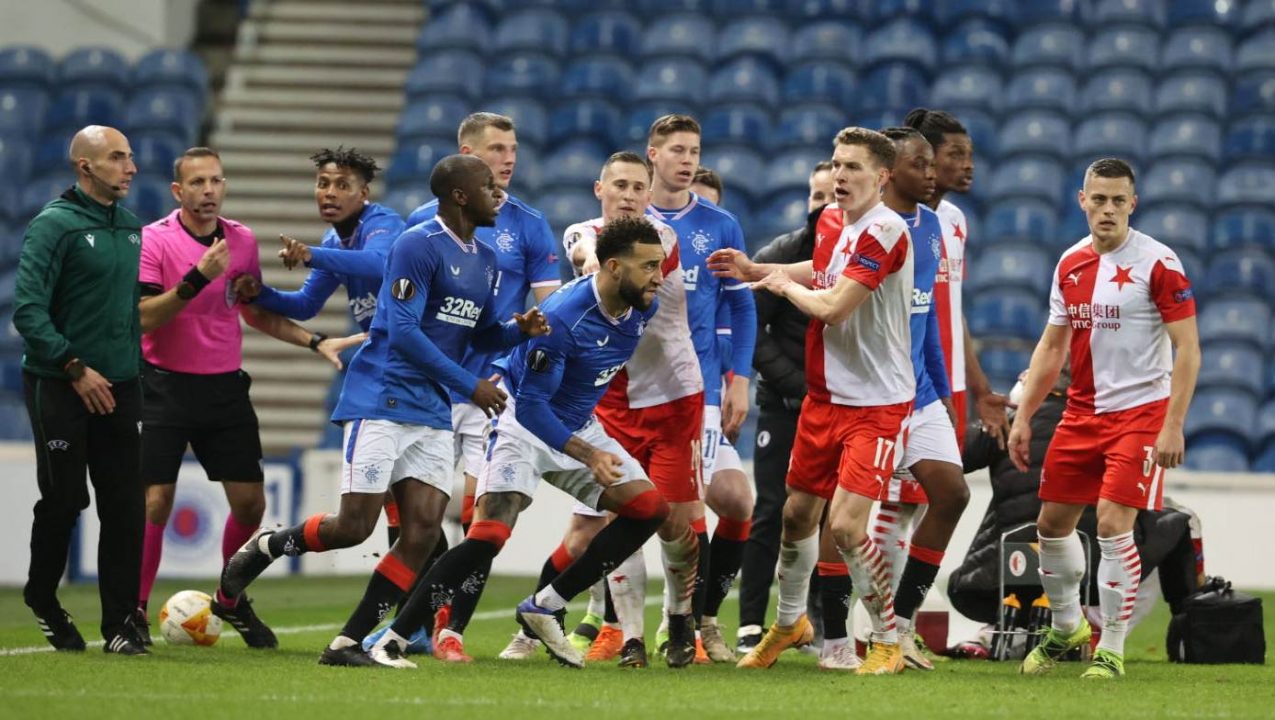 Rangers midfielder Glen Kamara has said that he wishes he had walked off the pitch after being racially abused by Slavia Prague’s Ondrej Kudela.

Kamara has revealed the hurt and embarrasment he says he felt after an incident during Rangers Europa League match against Slavia Prague. He says he felt “angry, upset and humiliated” while playing the remaining minutes of the game.

The Finnish midfielder says Slavia’s Kudela told him to shut up before covering his mouth, leaning into his ear and saying: “You’re a f****** monkey, you know you are.”

The Czech player denies the allegation and Slavia said it had submitted a criminal complaint to Police Scotland alleging an attack on Kudela in the tunnels at Ibrox following the game.

UEFA have brought charges against both players, with Kudela handed a provisional one-match suspension ahead of a hearing where he will be considered for potential racist or discriminatory conduct or for insulting players or others present at the match. Kamara faces a charge of potential misconduct.

The 25-year-old, who was instantly backed by his teammates after Kudela spoke to him, says that with hindsight, he could have walked off the pitch in protest at the abuse.

“If I could go back to that time, I would walk off the pitch,” he told ITV News.

“100%. The manager was actually trying to get me off the pitch but I was on my own on the pitch, I couldn’t hear anyone and I was all different emotions and wasn’t listening.

“I had a lot of emotions going through my mind.

“I was angry and upset. I felt humiliated. With all my family and friends and whoever is watching, I just felt like… I was taken back a lot, I felt like a little boy.

“It was a very weird feeling.”

The player said that he was receiving continual racial abuse from the club’s fans in the wake of the incident.

He said: “I haven’t paid much attention to what he (Kudela) has done after this whole incident, but I’ve seen their fans, how they’ve reacted, and I’ll get (racist) abuse probably every day on my Instagram.

“Every day, easily – I’m not the one that get really affected by it, so I’m all right. But how the team has reacted and taken it, it’s sad to be honest.

“I feel like I need to tell my story – the online messages I’ve been getting, the racial abuse online – Instagram, Twitter, everywhere else. I feel like as the victim, it needs to be said.”

Kamara also revealed his unhappiness at the provisional suspension haded to Kudela ahead of a formal hearing. The Slavia player will miss a Europa League match against Arsenal that the Czech club had already said he would not take part in due to “illness”.

“In terms of him getting a one-game ban, I don’t understand,” Kamara said.

“There’s so much evidence of what has happened. Hopefully it can really come to a conclusion and you can really see what’s happened here.

“I feel like a bit of a victim here again.”

UEFA have yet to announce a date for the disciplinary hearings.