Manjezi moves to Scotstoun from URC side Vodacom Bulls.

Glasgow Warriors have announced the signing of South African forward Sintu Manjezi for next season.

The 27-year-old second row joins the growing ranks of South Africans in Danny Wilson’s side and said he had been told positive things about the club that made him keen to join as soon as he heard of interest.

Manjezi made a positive impression with Griquas before joining Toyota Cheetahs in 2018. A move to Bulls followed in 2020 and brought a Currie Cup win before performances in the URC caught Glasgow’s eye.

Manjezi told glasgowwarriors.org: “I’m looking forward to playing for Glasgow and taking on a new challenge.

“The opportunity of experiencing a new club outside of South Africa was one I couldn’t turn down.

“I’ve played with Kyle Steyn previously and he speaks really highly of the club’s culture, the hard work that the players put in and its ambitions.

“I think my skillset will compliment Glasgow’s style of play – I like to play with ball in hand and carry hard.

“I can’t wait to get up to Glasgow and put in the hard yards every single day and earn the right to wear the jersey.”

Head coach Danny Wilson added: “Sintu is the type of attacking presence we wanted to add to our depth in the pack.

“It’s great to bolster our second-row options with another exciting player that brings a real carrying presence and good set piece skillset – Sintu also brings the added bonus of being able to play at six.

“We’re looking forward to welcoming him to Scotstoun in the summer ahead of the new season.” 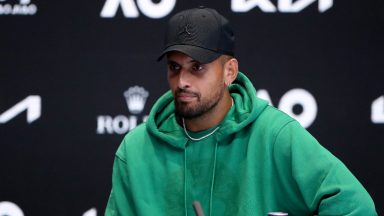