Van Bronckhorst: Rangers will give everything to win Europa League

Rangers will face Eintracht Frankfurt in the final on May 18. 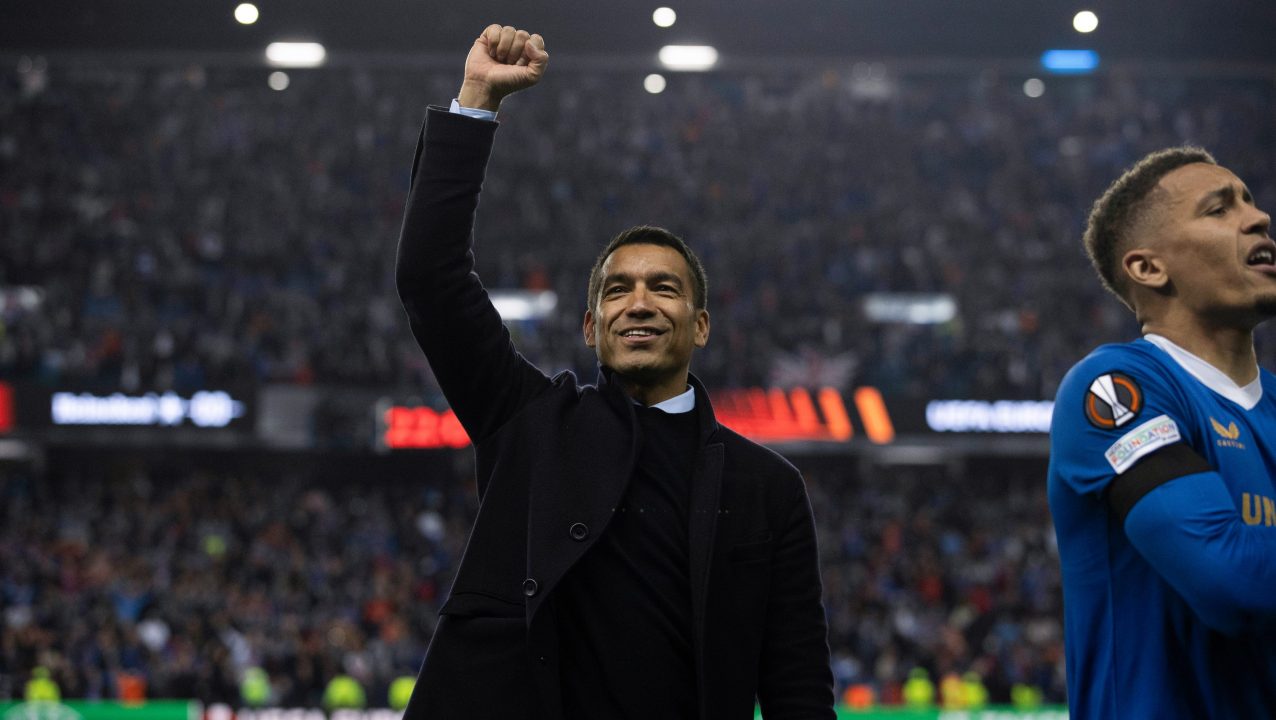 Giovanni van Bronckhorst says Rangers will give everything to lift the Europa League trophy after beating RB Leipzig to reach the final in Seville.

On a dramatic night at Ibrox, Rangers raced to a two-goal lead through James Tavernier and Glen Kamara before Christopher Nkunku levelled the tie for RB Leipzig.

With nine minutes left on the clock, John Lundstram fired home the goal that put Rangers in the final and Van Bronckhorst said it was a special moment.

“It’s been an amazing night and we said before the game we were going to do everything possible to make sure we’re in the final,” he said.

“The players, together with the crowd, were fantastic. We made it an atmosphere we needed to overcome this opponent.

“We couldn’t have written a better script and we’re all very proud to reach the final and we toasted Jimmy for the win.

“The atmosphere goes both ways. It helps us throughout the game and it’s difficult for the opponent to play in these circumstances.”

The victory sets up a season finale against Eintracht Frankfurt in Seville on May 18.

Asked if Seville can expect the Rangers fans to travel in their thousands, the Rangers boss said: “I think they can.

“I mean, everywhere we go we have very loyal supporters. Even in Leipzig, there were plenty in Dortmund too.

“It doesn’t matter how many hours they have to fly or to walk or go with the bike, I don’t know, maybe swim, but you know, I think we’ll be well represented in the stadium, but also in the city of Seville.

“They have to enjoy it as well. We have great support everywhere. Of course, you know, we’re going to try everything to win the final.