The Rangers boss felt his side has improved from their first group game. 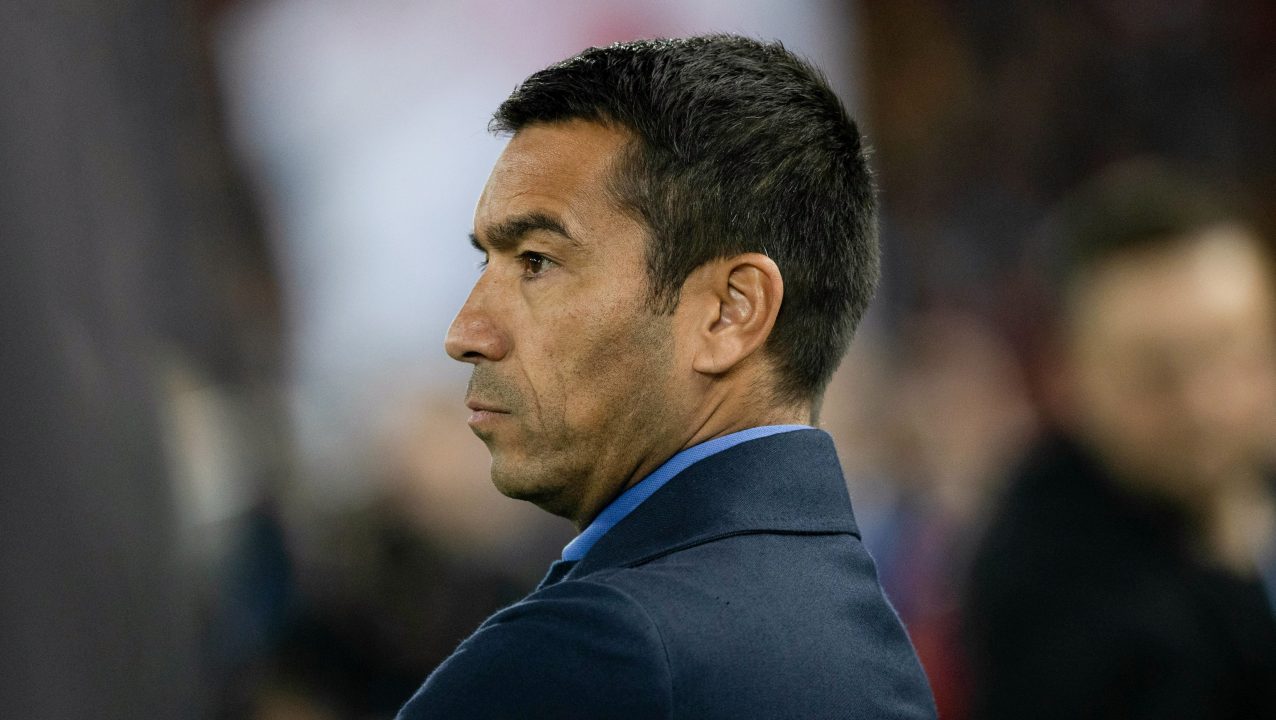 Rangers boss Giovanni van Bronckhorst admitted Liverpool were a level above his side and deserved to win the Champions League encounter at Anfield.

Van Bronckhorst changed his formation to set up with a five-man defence to deal with the threat of Jurgen Klopp’s star-studded side and was reasonably pleased with how they restricted the opposition’s chances but saw his team beaten by a free-kick and a penalty.

“Well, we knew it was going to be a very difficult game,” the Rangers boss said. “We know the attacking threat they had. You know, with players making runs almost every time they have the ball and have the space.

“
So I think for us, the option to play with five in the back, I think was a good one to narrow those spaces. Of course, you know, it’s going to be difficult because they have the quality to play with high speed, with quick passing and quick switch of plays.

“I think in the first half we were still in it, in half-time was only one goal difference. So I think we identified our moments much better in the second half to go high up the pitch and give pressure to them. I think those moments was more far better than the first half and more frequent and, you know, of course always disappointing to lose two goals out of set pieces. You know one free kick he took really well, and of course the penalty.”

Rangers had only limited opportunity to attack as Liverpool pressed and threatened but did create a couple of chances later in the game. On reflection, the manager felt he had seen improvement from the defeats to Ajax and Napoli in the earlier group games.

“I think we had some chances to make it 2-1,” Van Bronckhorst said. “One ball was cleared from the line. I think Antonio had a chance he should have taken the shot earlier, but and maybe we get something more out of the game.

“But I think we improved in the way we played in Champions League compared to the first game.

“The level we face is very high and the level we had today, you know, wasn’t good enough to get something out of the game.”