Van Bronckhorst: Champions League level 'too much to ask' for Rangers

The Rangers manager says it takes 'hundreds of millions' to compete at Champions League level. 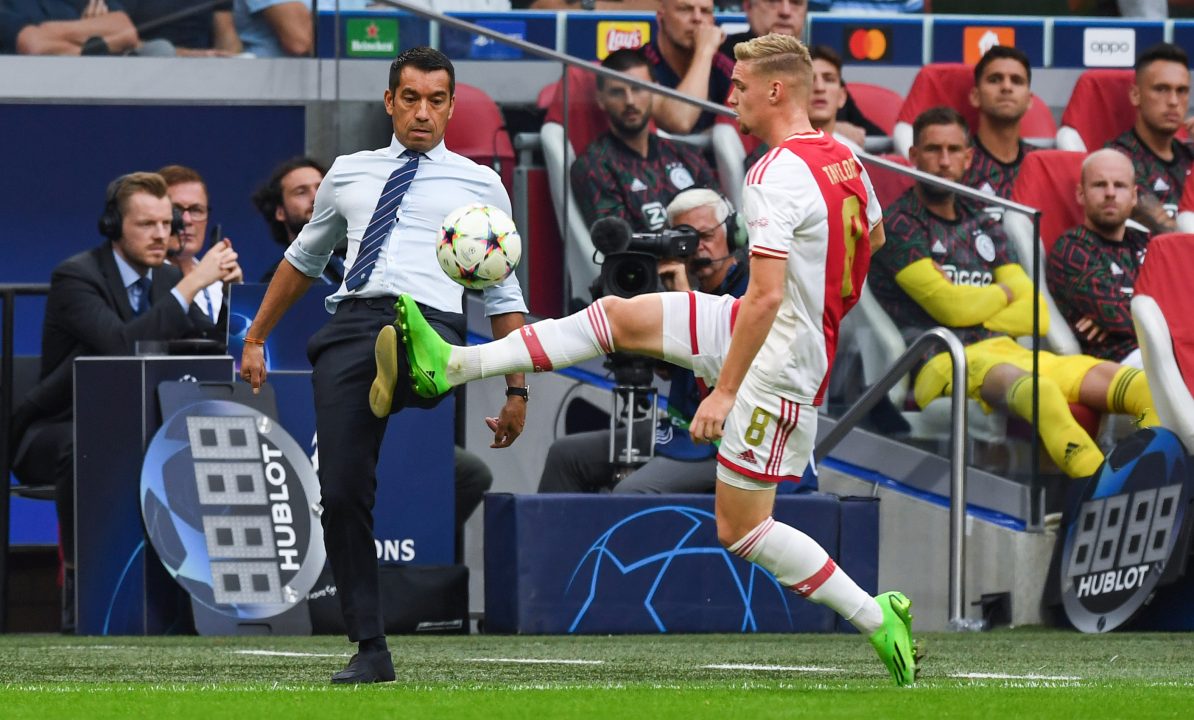 Giovanni van Bronckhorst has said it takes “hundreds of millions” to compete at Champions League level as he admitted coming up against teams like Ajax is “too much to ask” for his squad.

The Rangers manager made the comments following the 4-0 hammering by the Dutch champions in Amsterdam on Wednesday night.

The defeat is the second 4-0 last season’s Europa League finalists have suffered in the last five days following the Old Firm game at Celtic Park on Saturday.

Ajax put in a top class display of attacking football in a dominant first half of the Group A opener in the Johan Cruyff Arena.

And van Bronkhorst admits his side struggled to cope as he returned to the country that he represented over 100 times and captained to a world cup final.

Speaking after the game the former Barcelona and Arsenal player said: “We had a bad game.

“I think we weren’t in the game enough to compete with Ajax. I think the level we reached in the first half was not on the level that’s needed to be competitive in Champions League.

“You can see the difference in movements, in passing, in thinking. I mean, that’s the level we are facing in Champions League. And, you know, we just weren’t good enough in the first half.

“In the second half we switched to a back five to get more control of the space and give
less chances away.

“Today, we faced an opponent where every mistake you make they punish you.”

Midfielder Edson Alvarez opened the scoring when he headed in from a corner in the 17th minute before James Sands redirected a Steven Berghuis shot into his own net after 32 minutes with Mohammed Kudus thundering in a drive a minute later.

Van Bronckhorst, who brought seven players in during the transfer window, told BT Sport: “To compete in the Champions League you need hundreds of millions. Otherwise you can’t compete.

“Look at Ajax, they sold players worth over £200m. Look at Liverpool as well. For us to compete with them, it’s too much to ask.

“We knew it would be tough and it showed today.

“We knew the Champions League would be a high level and I think the level we faced against Ajax showed throughout the game with how good and how strong they are.

“You saw that everything goes quicker in the Champions League. The pressure we get, the thinking on the ball, the ball control, the speed of passing. It’s all from a really high level.

“In the first half especially, we couldn’t reach that level and struggled. Every mistake you make on the pitch will be punished by a team like Ajax.”

Van Bronckhorst, who revealed skipper James Tavernier, one of three players substituted at half-time, came off with an injury, insisted that his players “are committed.”

“But against an opponent like Ajax when you’re not organised in the way you should be, it’s going to be really tough.

“I think the level we’re used to and the level we need to reach in the Champions League is a big difference.”

Half-time substitute Ryan Jack, who gave away the ball with a “blind pass” for the fourth goal, apologised to the Gers fans and is looking to make amends against Aberdeen at Pittodrie on Saturday.

He told BT Sport: “Having two 4-0 defeats on the bounce does affect you, individually and collectively.

“But that’s for us in the changing room to stick together and, along with the staff, we will fight our way through it.

“It’s important that we come out on Saturday and do that.

“We have let a lot of people down and we need to apologise to the fans, who have sacrificed to make this trip and back us.

“All we can do is apologise and make sure we are ready to get the win on Saturday.”