Van Bronckhorst: 'Of course I can turn things around at Rangers'

The Rangers boss says he's well aware of his critics but won't give up on winning the league. 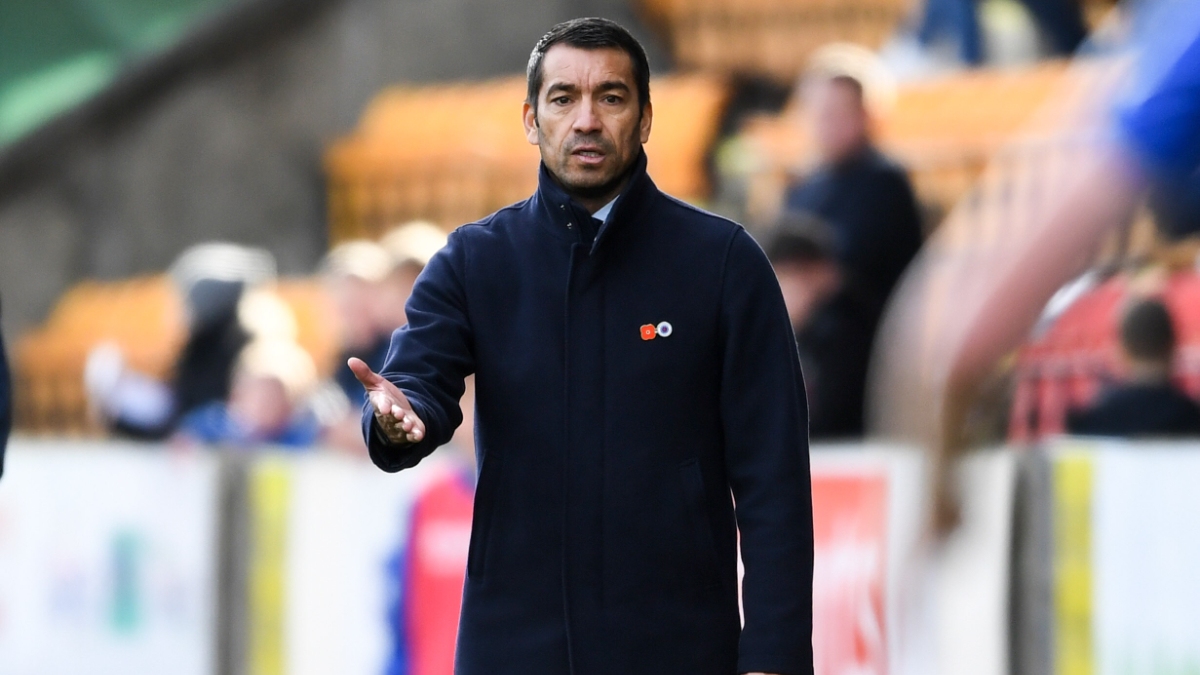 Giovanni van Bronckhorst believes he can turn things around at Rangers but is well aware his job is on the line if results don’t improve.

The Ibrox boss has seen pressure on his position build after a Champions League campaign that delivered the worst group stage results on record, and league form that saw the team draw at home to Livingston and then lose 2-1 to St Johnstone on Sunday.

The defeat in Perth left Rangers seven points behind Celtic in the title race, and put Van Bronckhorst’s position as manager in serious doubt, but he says the position is not irretrievable.

“Of course I can turn it around,” the Dutchman said. “Otherwise I’m not sitting here.

“My job is to win games. No manager is safe if he’s not winning games so why should it be different for me?

“All I focus on is winning tomorrow. That’s the most important thing. Then we look to the weekend.”

Asked if he was aware that there was a growing feeling among fans that a change of manager was needed, Van Bronckhorst said he understood the situation but was aiming to win the games against Hearts and St Mirren before the World Cup break

“It’s there for everyone to see, me as well, and the only thing is for me to focus on my performance with the team and focus on winning games.

“I know how it works in football. I’m 47 and I’ve been here for many years and for me it’s not a problem.”

The manager insists there is not a lack of belief behind the scenes at Ibrox and highlighted the possession stats and number of chances created in the first half against St Johnstone but acknowledged that results had not been good enough and that the team needs to improve quickly. He hopes that the team can go into the break on a positive and then return with some of the lengthy list of injured players back available.

“There’s still a long way to go,” he said. “We made it more difficult for ourselves by losing points for the second time in the last couple of weeks. We need to change that and take the points every game now.

“It’s very important to get the two wins. That’s normal. And then we have the five weeks so I know we will use the break to get some players back and be stronger when we continue the league after the World Cup.”

And Van Bronckhorst refused to write off his side in the title race, pointing to Celtic’s surge from a similar position last year to become champions.

He said: “Why not? Anything can change in football. We saw this also last season when we had a six-point gap and it changed by the end of the season.

“It’s football. You have moments over the period and you have to come out of it as quicky as possible and get the points.

“There’s a lot of games to be played and points to be won but I think the most important thing is for us to start tomorrow with winning the game.”