The striker has been in good form under the Dutchman. 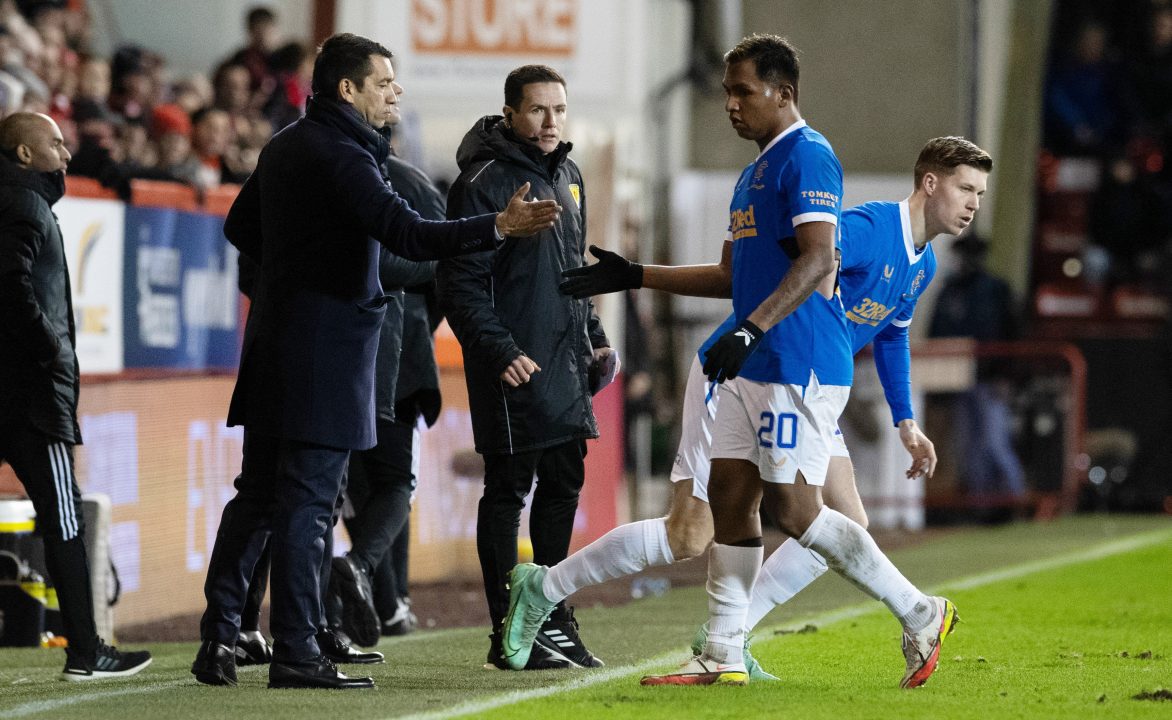 Giovanni van Bronckhorst has hinted that talks will begin over a new contract for Alfredo Morelos.

The Colombian striker has been in fine form since the Dutchman’s arrival at the club in November and hit two goals against Hearts on Saturday in Rangers’ 5-0 win.

Morelos, who signed for Rangers in 2017, has been a key player for the club since arriving from HJK Helsinki.

Earlier in the 2021/2022 season, the striker reached 100 goals for Rangers, joining an illustrious list of strikers at the club.

The striker’s current deal takes him through until 2023, but manager van Bronckhorst has now indicated that talks over a new agreement could take place this season.

“If your player is out of contract after the next season, of course, I think the talks will happen somewhere this year to see how the future is for both sides,” said van Bronckhorst.

“And contract wise, we have to somewhere this season, I think talks will begin.”