Gerrard: There’s pressure on both sides ahead of Braga clash

The Rangers manager says his side only have "a small advantage" in the second leg. 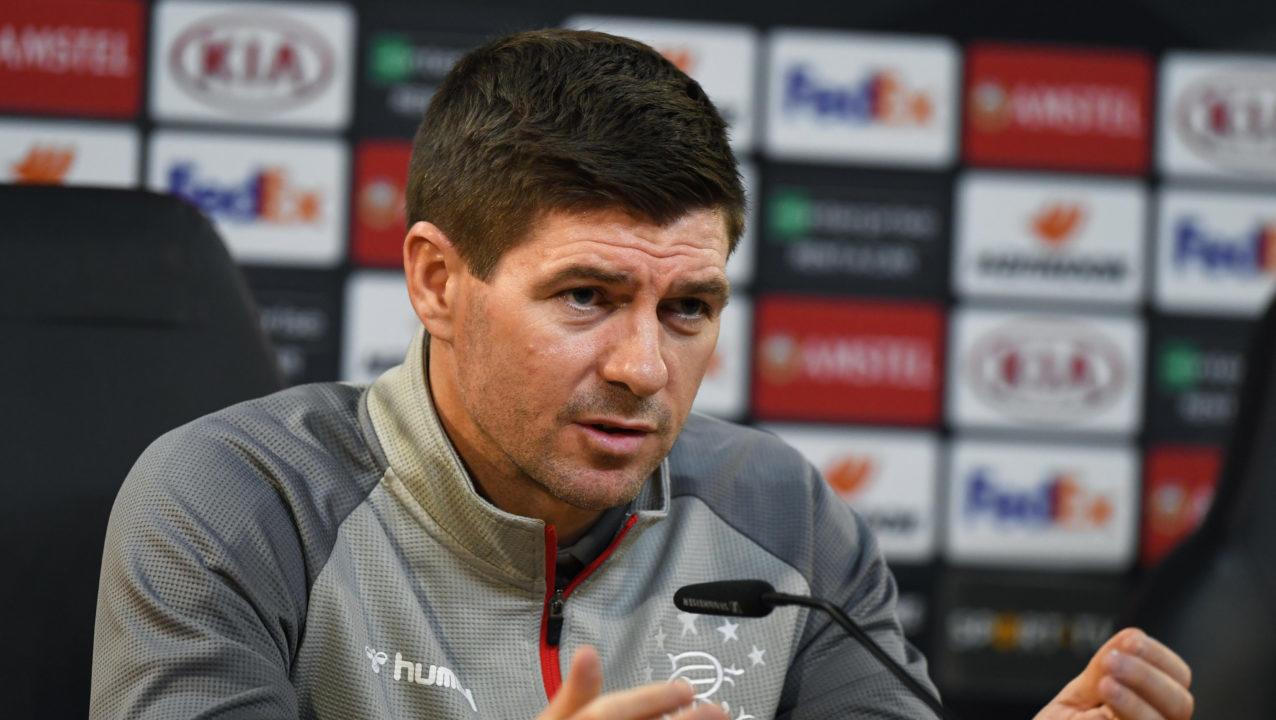 Rangers manager Steven Gerrard says his side have little room for error in their Europa League second leg against Braga and he sees pressure on both sides ahead of the match.

Gerrard saw his team come from behind to win 3-2 on a dramatic night at Ibrox last week but he wasn’t underestimating the size of the challenge in taking on the Portuguese side on their own turf.

Though ahead by a goal going into Wednesday’s match, Gerrard dismissed the advantage as “small” and said he couldn’t say who was most likely to progress.

“I don’t think my view on who is favourite is very important,” he said. “What we know is that we have a very difficult 90 minutes ahead, a real big challenge.

“So we have huge respect for the challenge ahead and we’re really looking forward to the game. We’re playing a fantastic team who are in real strong form.”

The Rangers boss said that he felt the weight of expectation from the club’s support but didn’t think it would be any different for his Braga counterpart going into a decisive night of football.

“I think the level of pressure is the same for both teams,” he said. “I think both teams will be expected to progress by their own camp.

“I have to live with the pressure of the Rangers fans and the club expecting us to qualify, and I’m sure it’s the same for Braga.

“I think the pressure is 50/50 for both teams because once you get to this stage of the competition then both sets of supporters will be pushing their team on to qualify for the last 16.

The Rangers boss has been given a boost with news that Borna Barisic is likely to be fit after completing a full training session with the team on Wednesday.