The Rangers attacker was the subject of a bid from Leeds and has made a strong start to the season. 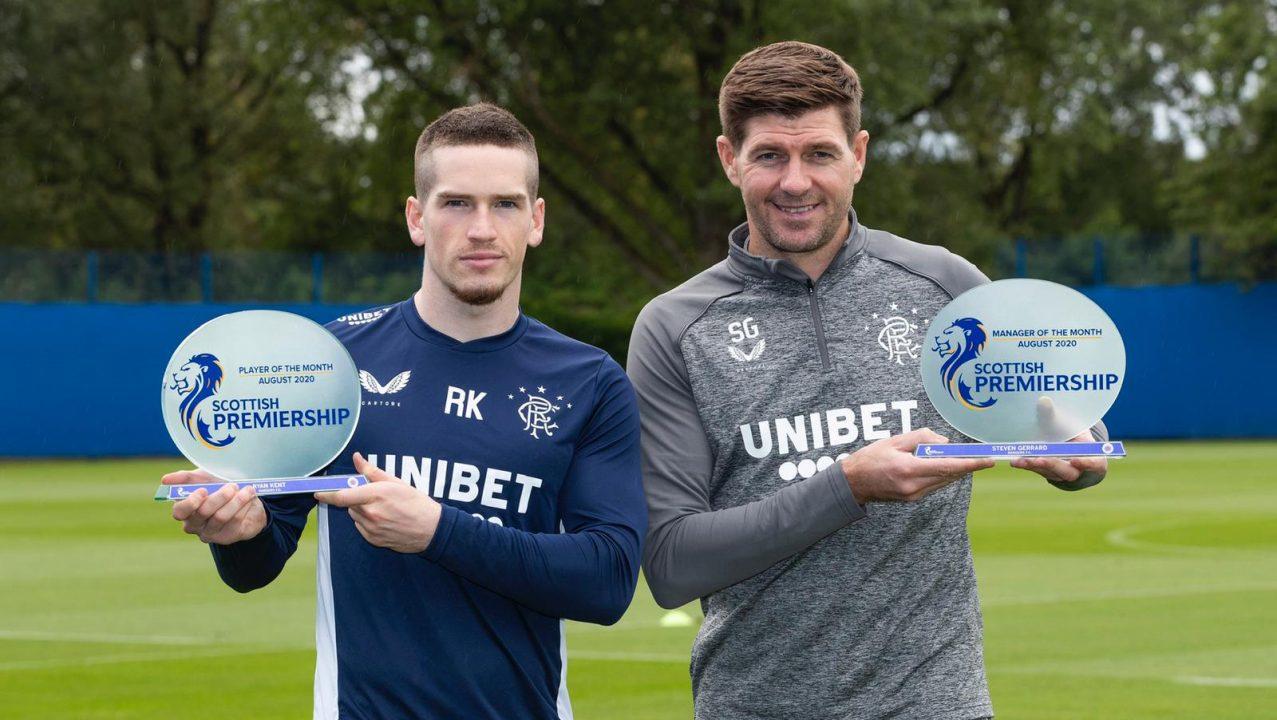 Rangers boss Steven Gerrard believes the club will have to deal with more interest in attacker Ryan Kent after knocking back a bid from Leeds United last month.

Kent’s explosive start to the season has earned him the Premiership Player of the Month award and Gerrard, who claimed the Manager of the Month prize, said other clubs would be taking notice of his form.

The Rangers boss played down any idea of Kent being offered an improved contract after Leeds bid was rejected, and said there had been no sign of the 23-year-old having his head turned by the interest.

“Ryan is on a very good contract here,” he added. “He’s remained very professional and his mentality and application have been top class every single day since we’ve returned.

“He hasn’t let any interest affect him. I think he’s used it as a compliment that people are enjoying what they are seeing.

“He’s starting from his normal left side position but I think he’s really taking it to opposition teams and trying to cause as much damage as he can from different areas. We’ve given him that freedom and license to go express himself.

“We hope Ryan remains in that place he’s in because he’s happy, settled and enjoying his football.”

Kent said: “My dialogue with the club was that I’m in a very good position at the moment, enjoying my football.

“As long as I’m on the pitch, winning games, playing for the team then I’m happy where I am.”

Player and manager are hoping to continue an undefeated start to the Premiership season when they face Dundee United at Ibrox on Saturday. Gerrard revealed that Borna Barisic, Cedric Itten and Jermain Defoe had all returned to full training but the squad had fresh injuries to deal with, with one key player sidelined for longer than expected.

Allan McGregor is out with a jarred knee while Jordan Jones is also missing with a muscle injury but Joe Aribo has now been ruled out for between four and six weeks after a setback in his recovery from an ankle injury..

“Joe will be missed, there’s no doubt about that,” Gerrard said. “He’s a creator and scorer of goals for us and you’ll always miss that type of player.

“But the responsibility and pressure is on the squad as a whole to replace that creativity.

“All the forward players have that responsibility to create and find the answers when opposition teams set us challenges.”