Gerrard looks to future at Rangers as he approaches 150th game 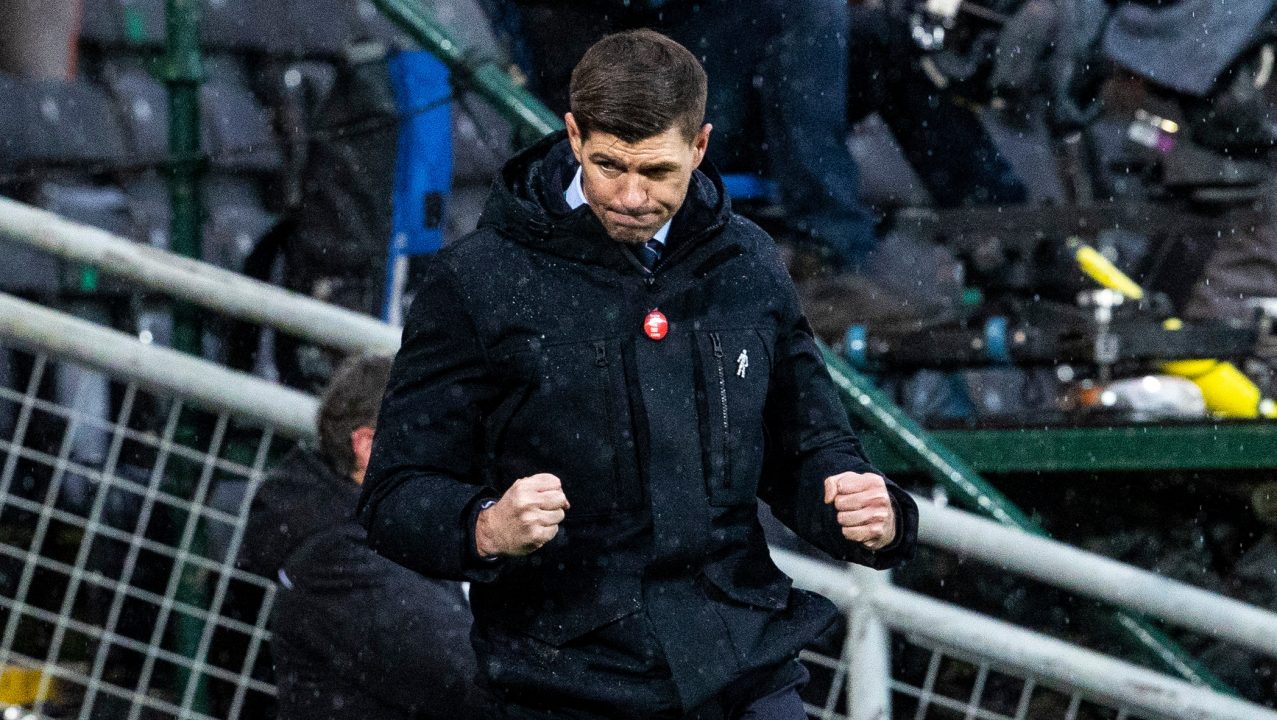 Steven Gerrard has reflected on his time at Rangers as he approaches 150 games as manager, saying that the job has been “intense but very enjoyable” as he works to earn success to Ibrox.

The former Liverpool captain took on his first job in management when he was named as permanent successor to Pedro Caixinha in 2018.

Gerrard said that he had learned a lot in his time in Scotland so far and that the focus on delivering silverware hadn’t changed.

“I was told yesterday that it was the 150th game,” he said. “It’s not something that I give focus to. It’s very much not about me, it’s about the team and the group and getting results.

“But I’m really proud to be sitting here and to have been the manager for 149 games. It’s a journey that I’ve enjoyed immensely.

“I’m certainly in a better place from an individual point of view in terms of what I’ve learned. I want to improve and continue to push myself in all areas to become a better manager.

“I’m really proud of the efforts the players have given me so far. My staff have done an excellent job in supporting me.

“I hope there’s many more games to come. It’s been really intense but very enjoyable at the same time.

“I’m looking forward to the future and pushing towards us becoming a successful group. That’s the big challenge for the group right now.”

Gerrard was appointed with the aim of breaking Celtic’s dominance in domestic competition. The Parkhead club have continued to collect silverware since his arrival at Ibrox but Rangers now hold a significant lead at the top of the Premiership table.

The manager said that he had been under no illusions about the size of the task that faced him when he arrived.

“I’m not soft, I’ve been in the game a long time, and I knew walking into this job that it wasn’t going to be an overnight change,” he said.

“It wasn’t one that would take days or months, it was going to be a process. I’ve been reluctant to use certain words or mention any targets.

“I sat down with Dave King, the chairman at the time, and Stewart Robertson and the board and I was aware of what was expected of me.

“Having known that it wasn’t going to be an overnight change and that it would take time, and we would need a certain amount of windows to improve and grow and get better, that hasn’t surprised me. It’s played out exactly as I thought.

“Having said that, we need to remain on our targets and what we want to achieve as a group.”

Ahead of this weekend’s game with Ross County, he revealed that Ross Jack and Kemar Roofe had returned from injury.

“Ryan Jack has had a full week’s training,” he said. “He’ll be back in the squad tomorrow.

“And we’ll make a decision on Kemar Roofe today. It’s his first session back with the group so it’s two really big boosts for us to have Jack and Roofe back, two really important players.

“We’ve missed Jack. He’s been a big player here and a big character. He’s been ever so consistent over the course of my 149 games. So to have him back with eight or nine day’s training under his belt means he’s obviously ready now and he will be in the group tomorrow fighting for a start.

“To have him fit going forward is an immense boost, not just for our midfielders but for everyone connected with the club because he can help us going forward massively.”