The Rangers boss says he wants the former Liverpool player to stay at Ibrox. 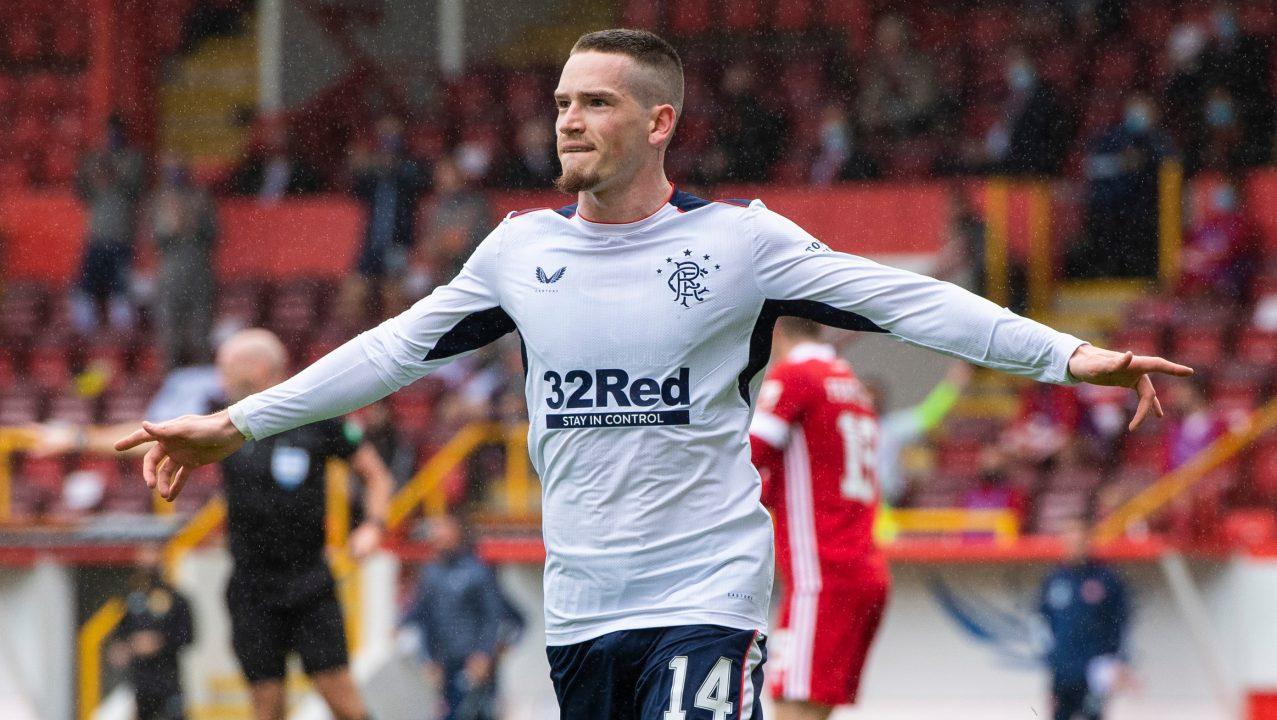 Rangers manager Steven Gerrard has confirmed that the club rejected a transfer bid for Ryan Kent, saying the offer was well below his price tag.

The Ibrox club knocked back an offer from Leeds United, who want the player to join their squad ahead of their return to the English top flight.

STV has learned that Leeds made a bid of £8.5m plus add-ons.

Gerrard said that the bid was declined “very quickly” and that he didn’t want to part with the attacker.

“Hands off is the message, for sure,” he said. “Ryan is a player we admire very much here.

“He’s a player we saw develop at Liverpool for a long time and when we brought him here on loan he did ever so well.

“We showed a lot of faith in him and he is progressing very quickly. He’s in a good place and is a player we want to keep hold of.

“We have had contact from Leeds and an opening bid has been really strongly rejected.”

Asked if any further interest would be rebuffed, Gerrard said: “It depends on what that bid is. They were way, way off with the opening bid.

“He’s a player who is not for sale and we don’t want to lose Ryan. He’s a big part of what we’re trying to build here.

“But we all know that Premier League teams hold a lot of power and that’s a reality, we have to accept that.

“The message to Leeds is that the opening bid is nowhere near.”

The Rangers boss said that Kent was unaffected by the interest and was focused on facing Kilmarnock on Saturday.

However, he didn’t rule out the situation reaching a point where the board may take a decision to accept a further bid.

“Every player has a valuation,” he added. “The way these things work is that at some point it’s probably taken out of my hands, that’s the reality.

“The good thing is that the board are on the same page as me with this one. They don’t want to sell.

“Leeds will need to respect that. they need to really think hard if they want to come in again.”

Kent joined Rangers on loan from Liverpool in the summer of 2018 and impressed in his first season in Glasgow. That prompted the club to lay out a £7m transfer fee to make the move permanent, signing the player to a four-year contract.

The 23-year-old has made a strong start to the season, scoring twice in the Premiership in just four games.