The Rangers manager says he has had full support from the board after the Scottish Cup exit on Saturday. 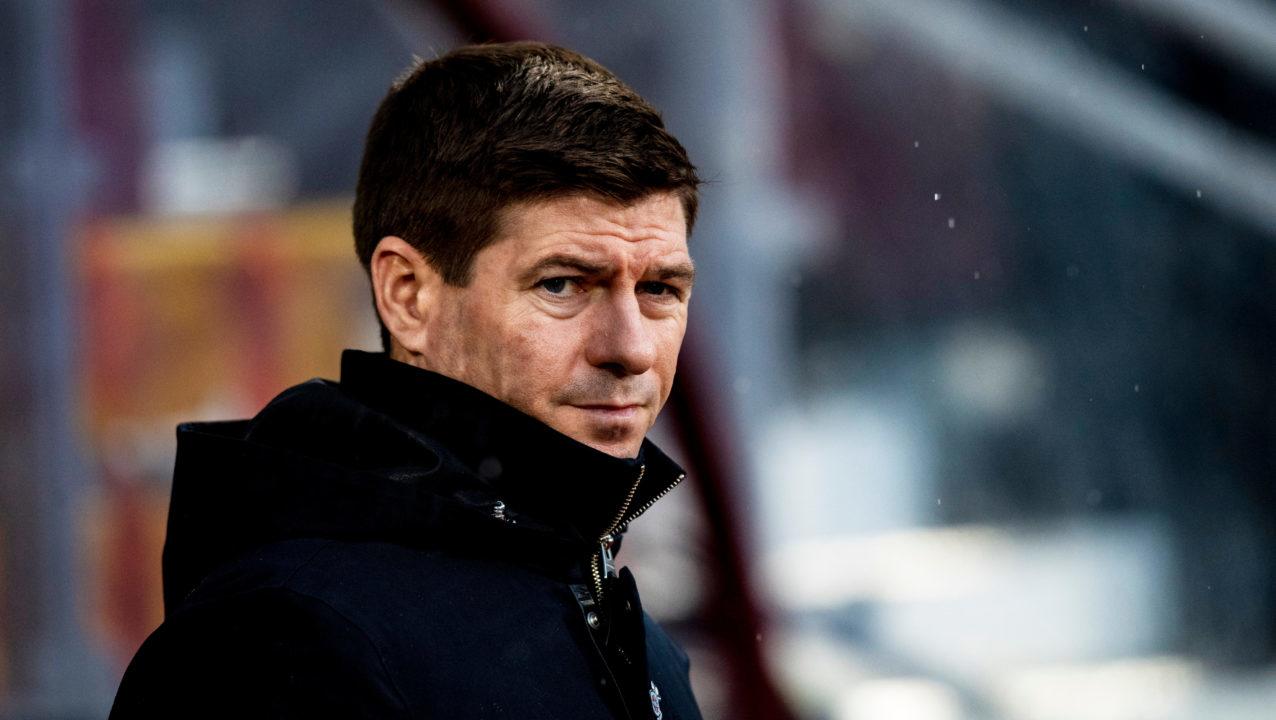 Rangers manager Steven Gerrard has said that he didn’t consider his own future at the club after being knocked out of the Scottish Cup on Saturday.

Immediately following the 1-0 defeat to Hearts, Gerrard had said he planned “to do some real serious thinking in the next 24-48 hours”.

Asked on Tuesday if that included considering his future, he said: “Long term? No, no, no.”

The Rangers boss admitted that being knocked out of the cup was “bitterly disappointing” but said that after a period of reflection he was ready for the next challenge.

‘I never ever thought ‘now is the time’ or now I should do something hasty.’

“I always knew there was going to be periods like this that were tough, with real setbacks, but I think this is when the club needs me most.

“That’s to stay strong, fight on, push and continue to try and improve this and build on the progress we’ve made in so many areas. And we have to learn from some of the things that haven’t gone so well and avoid them happening again.

“I never ever thought ‘now is the time’ or now I should do something hasty.

“It was a time where I needed to think about where we’re at, what needs to be done. I think the priority is the short term, to bounce back and have the players and myself ready for Wednesday’s challenge. And we need to get through the six fixtures before the international break in the best possible way we can. Hopefully we’ve still some things to fight for come the international break.

“In the summer I’ll sit down with the board and discuss how to move forward together.”

Gerrard said that he had analysed his squad’s current position and discussed his thoughts with colleagues. He revealed that he had spoken with Rangers directors and had received nothing but support.

“I’ve had a lot of calls from the board since the weekend and the support for the players, my staff and myself has been incredible,” he said. “They are the only calls I’ve had, there’s been nothing about my individual future or future plans.”

The Rangers squad now prepare for Wednesday’s Premiership match against Hamilton Accies and Gerrard confirmed that Alfredo Morelos would be back in the squad.

The striker was left out of the team to face Hearts after returning late from a trip home to Colombia. Gerrard said that Morelos had been disciplined and that he wanted to draw a line under the issue.

“He has been disciplined internally, which he has accepted and he has shown a lot of remorse for his actions, letting his team-mates down and supporters down,” he said.

“He has accepted his punishment which will stay private for obvious reasons so yes, he is available for selection.

“As a club we are very united from top to bottom in terms of our standards and what is expected.
“When someone goes against that trust it is important that they are punished for it, so that’s what’s happened.
“I think it is important that we are not stubborn and let it fester and carry on.
“It is important that we move on from these situations, it is dealt with strongly, which it has been and we move forward.
“Is he going to be perfect? No. Is he going to make mistakes and frustrate me from time to time, possibly.
“But I need to make sure I do the right thing for him and the club in this situation and that’s what I felt I have done.”