Gerrard hopes Rangers Premiership win is ‘the first of many’

The Rangers boss said he savoured the moment his team lifted the trophy. 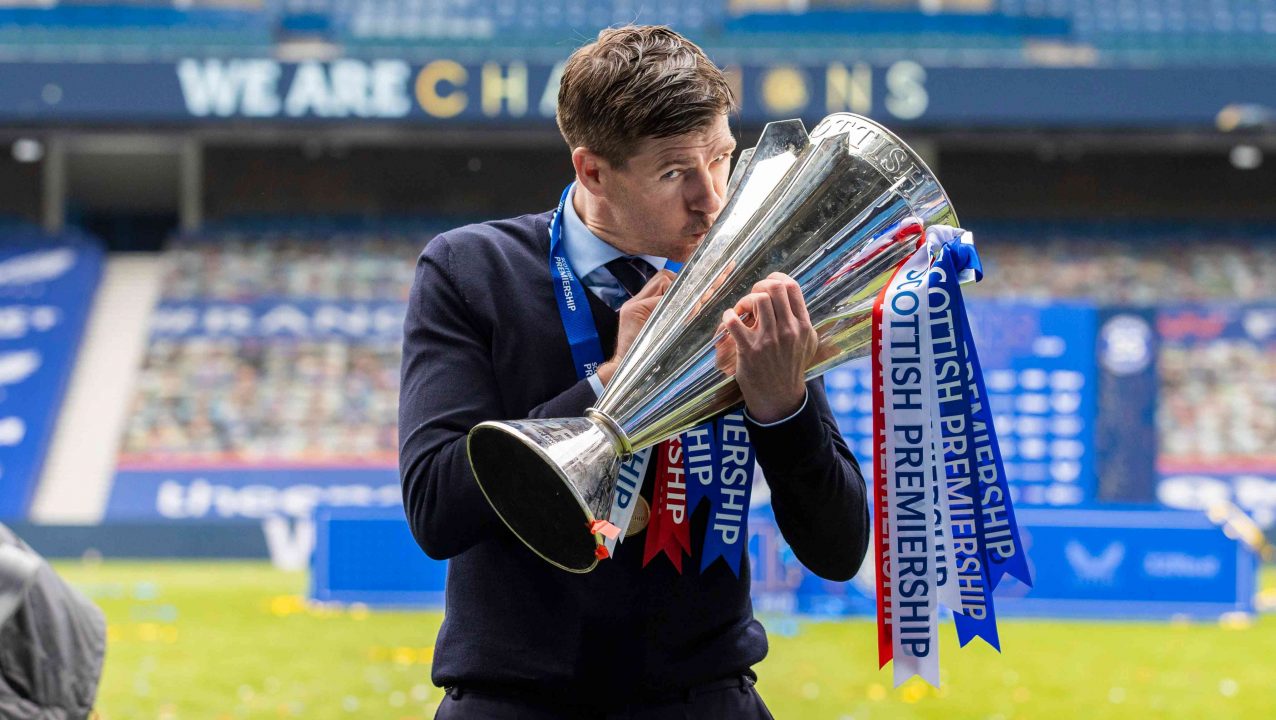 Rangers boss Steven Gerrard has lifted the Premiership trophy and says he craves more success with the Ibrox club.

A 4-0 win over Aberdeen saw Gerrard’s side complete an undefeated league season, adding another achievement in a season that has seen them become Scottish champions for the first time in a decade.

The former Liverpool captain, who joined Rangers three years ago for his first job in management, said that the feeling of winning the Premiership title came close to conquering Europe as a player when he won the Champions League.

“It’s right up there, because I love winning,” he said. “That is my drive, that is my buzz, that is what I get out of bed for in the morning. My family will always be number one in my life, football will be number two.

“I have still got drive and hunger to achieve more.

“I’ll continue to sacrifice and grow and learn and push myself and the group to achieve success. That’s what I love. That’s my drug.”

Rangers will now look to defend the title next season, as well as take on a new European challenge in the Champions League and the manager aims to have the same core squad in place, though he also intends to strengthen with new additions.

Asked if he would be able to keep his league-winning side together, he said: “If anyone wants to take them from me, they had best bring an army.”

Reflecting on the moment when he saw captain James Tavernier collect the trophy, the 40-year-old said it was a moment to savour.

“I’ve got a lot of experience,” he said. “I’ve been a professional since I was 17 years of age.

“Sometimes these moments pass you by when you’re younger.

“But I won’t let another one of these moments ever pass me by again. What you have to sacrifice for moments like this, family-wise, on a daily basis – getting up really early, working late at night, sleeping through the night with stuff on your mind…

“I wanted to enjoy this moment because it’s been a long time since I’ve smelled this success and the champagne.

“I absolutely stink right now. It feels really good and I want more of it.