The Rangers boss believes closed-door games may be the only way to complete competitions. 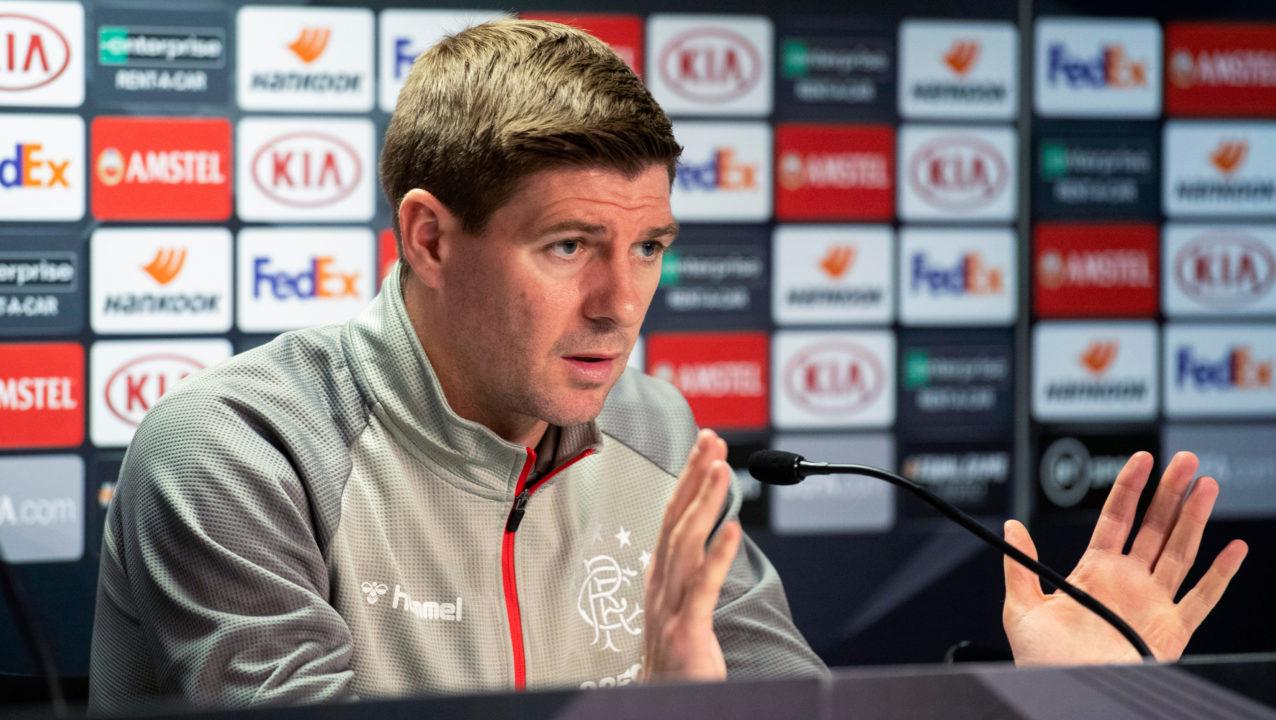 Rangers manager Steven Gerrard believes the football season should be played to a proper finish if possible, despite the growing coronavirus crisis.

Gerrard is preparing his side for their Europa League last 16 tie with Bayer Leverkusen. Though Thursday’s first leg goes ahead as normal at Ibrox, the return match in Germany is to be played without fans present.

Leagues across Europe have ordered closed-door games and questions have been asked about the likelihood of competitions being cancelled entirely.

Gerrard feels every step should be taken to make sure competitions are played to completion.

He said: “I think it would be a real big shame for everyone around Europe and the world if the league campaigns and cup competitions can’t finish, because people have earned the opportunity to get to the stage where everyone is at.

“So I don’t want to see anything finish right now. If we are told the only way to get stuff finished off (is to play behind closed doors) and we are told to do that we will follow.”

Though happy to comply with the requirements if necessary, the former Liverpool captain feels something would be lost if fans aren’t able to watch crucial games.

“I’m not delighted about it, that’s for sure,” he said. “Football is all about atmospheres and supporters and people getting the opportunity to go follow their team, especially when you’re at this stage of a competition.

“I know how excited our own supporters are. For both clubs it’s not an ideal situation but it is what it is. We’ve all got to follow the experts in this situation and do what we’re told.”

The Rangers boss revealed James Tavernier is struggling to be fit to face Leverkusen but will be given “until the last minute” to prove his fitness.