Braga have been asked not to train at Ibrox to preserve the surface. 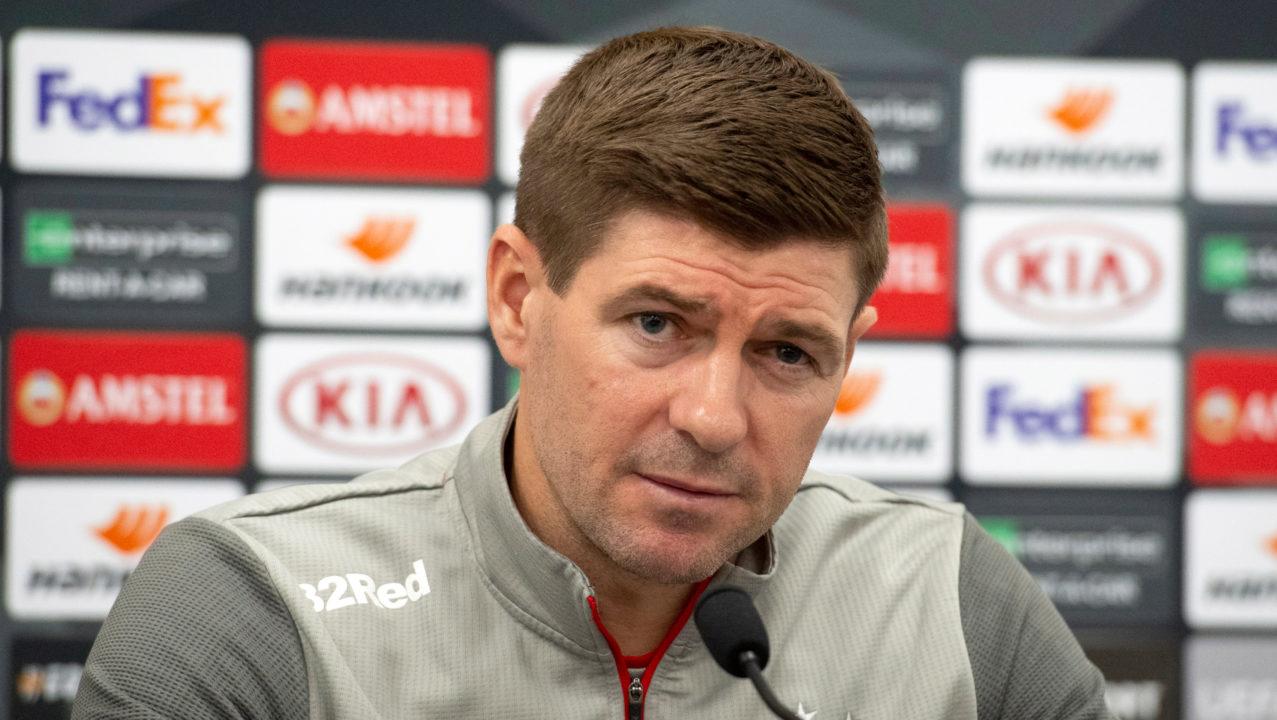 Steven Gerrard has admitted that the Ibrox pitch is not in the condition he would like as he prepares his side to face Braga in the Europa League.

The Portuguese team will train at Rangers’ Auchenhowie facilities instead of doing a workout at Ibrox in an attempt to preserve the surface after difficult weather conditions in the last week.

Gerrard has spoken about his dissatisfaction with the turf at Ibrox previously, but recent stormy weather saw last weekend’s match against Livingston postponed for 24 hours before the Premiership match was played on the surface.

“I haven’t seen it since the weekend, but I’m sure the groundsmen are working tirelessly to make it in the best condition it can be,” the rangers manager said.

“I think we all know what condition it’s in compared to what it was at the beginning of the season but it is what it is, it’s going to be the same for both sets of players.

“We’ve played a game on it at the weekend where the weather was real brutal for a couple of days. I’m sure come kick-off it’ll be fine but I said last week that it’s not in the type of shape that I’d quite like it in.”

The manager said that he wasn’t convinced that the conditions had a huge effect on results at the top level with both teams suffering the same setback. He said the decision on Braga’s training was just to minimise any further damage ahead of the crucial last 32 tie.

“I think for both sets of players and both clubs we want to protect the pitch and have it in the best possible shape it can be in,” he said.

“I don’t think a training session in the rain tonight would help that situation.

“We had a very similar situation I think it was at Vienna. We were told to keep off the pitch last year.

“It’s not a tactic from us, if the pitch was in great condition we’d more than welcome Braga to go and use it, but I think they’re going to use the facilities here to make sure they can train and prepare properly.”

Gerrard revealed that Borna Barisic was back in full training and available for selection in what will be one of the toughest challenges of the season so far.

After wins over Porto and benfica in recent weeks, the Rangers boss sees Braga as “the form team in Portugal” but said his own players could shrug off recent inconsistencies and rise to the occasion.

He said: “If we can find that performance against a team at the level of Braga then I’m sure that would bring the belief back.

“I believe that we have found our best performances in Europe. It does seem that the tougher the challenge, the more we rise to it.

“We have nothing but respect for them but we have been the underdogs in this competition throughout the group stages so nothing changes there.

“Without a doubt we’re going to have to find a better level than we’ve managed of late.”