The Rangers boss took aim at Celtic after an appeal decision was questioned. 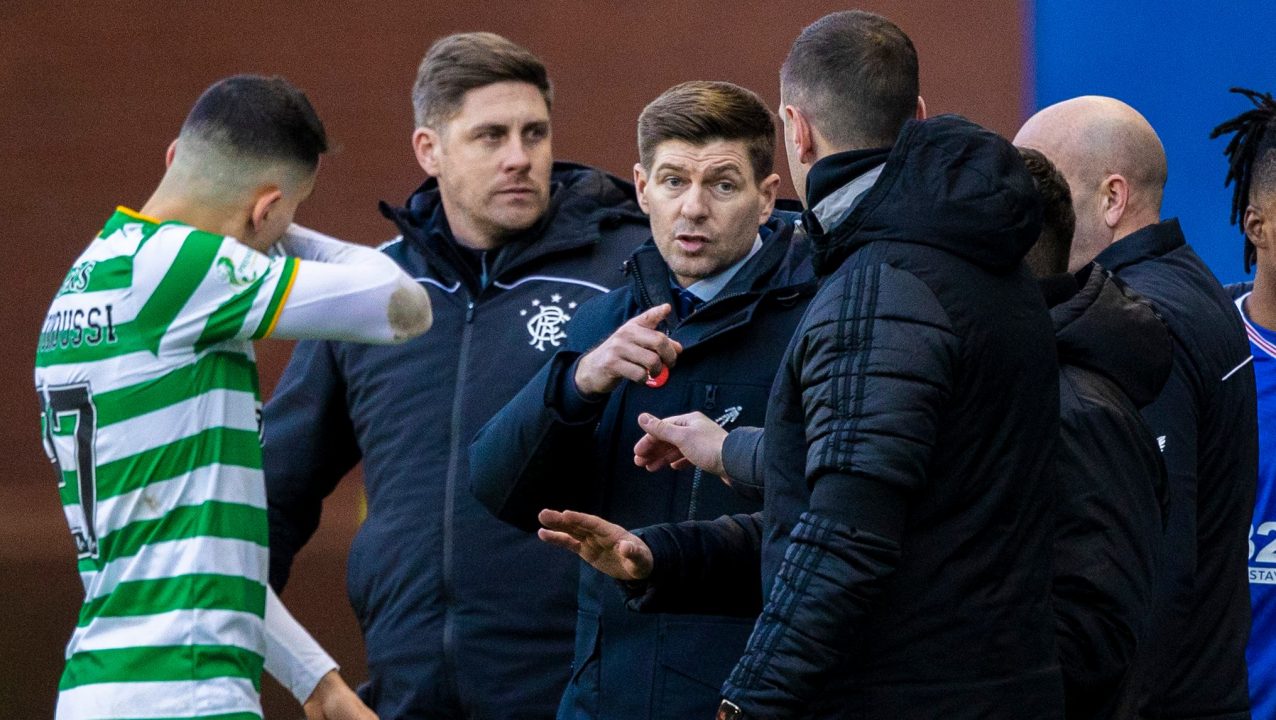 An appeal hearing will be held on April 20 by the Scottish FA, to review the six-match suspension handed down to five Rangers players who broke the strict Covid-19 protocols.

Kennedy questioned why the hearing hasn’t been scheduled sooner, with the date meaning that the players, including Nathan Patterson and Bongani Zungu, would be free to face Celtic in the Scottish Cup next weekend. He also said that the players had to be punished.

Gerrard highlighted how the governing body had dealt with other incidents in the past, noting what had come of Celtic player Boli Bolingoli’s trip to Spain and Celtic’s squad training camp in Dubai, which the Parkhead club apologised for but insisted had been within the rules.

The Rangers boss also said the scheduling of the appeal was out of his hands but that the club had accepted the first date offered.

“We don’t control when the hearing dates come,” he said. “We don’t pick and choose them, we wait for the SFA to get in touch with us. We accepted the first possible chance to do that.

“I agree with John about inconsistencies from the SFA because we’ve been speaking about that for some time now.

“If you’re speaking about punishments, Boli Bolingoli left the country of his own will, then came back and trained with his peers. He then played at Kilmarnock and put other people’s health at jeopardy. He was given what, a five-game ban and three were suspended?

“The Aberdeen players were given three games, all suspended and there were positive covid tests on the back of that.

“I definitely agree with John on the inconsistencies, and to be honest I would probably be frustrated  with him if good players were available to play next week [who might have been suspended]. I feel his pain.

“I’m not frustrated by John’s comments. He’s well within his rights to have his own opinion and share them at his press conference.

“Nothing’s really come of the Dubai trip, except that nobody else is allowed to go on a training camp. Rules were broken on that trip in terms of drinking together with no social distance.

“But the Celtic business is not for me to talk about. My worry and concern is Rangers and we’ll look forward to that hearing and deal with it as and when.

“I definitely agree with John on the inconsistencies of punishment though.”

The manager insisted that other people did not have a full account of how his players had broken the rules but said that the club had acted swiftly and firmly to deal with the situation.

Because of internal discipline, he felt that the bans handed down by the independent panel were excessive.

“I’m the only one who knows the details of our own Covid situation,” he said. “I think a few of the things I said got taken out of context about Nathan Patterson.

“These guys have broken rules and deserve punishments but we feel not everything has been taken into consideration.

“We were at the forefront in terms of making sure that we suspended these players ourselves and they missed games because of that. We gave them the maximum fine and we were really strong and forceful in terms of the punishment of the lads.

“We’re not trying to defend the lads. It’s my opinion that I don’t think there is any consistency with the outcome of the bans. It just seems as though the SFA are guessing in terms of punishments and everything’s inconsistent.

“That is a frustration.”