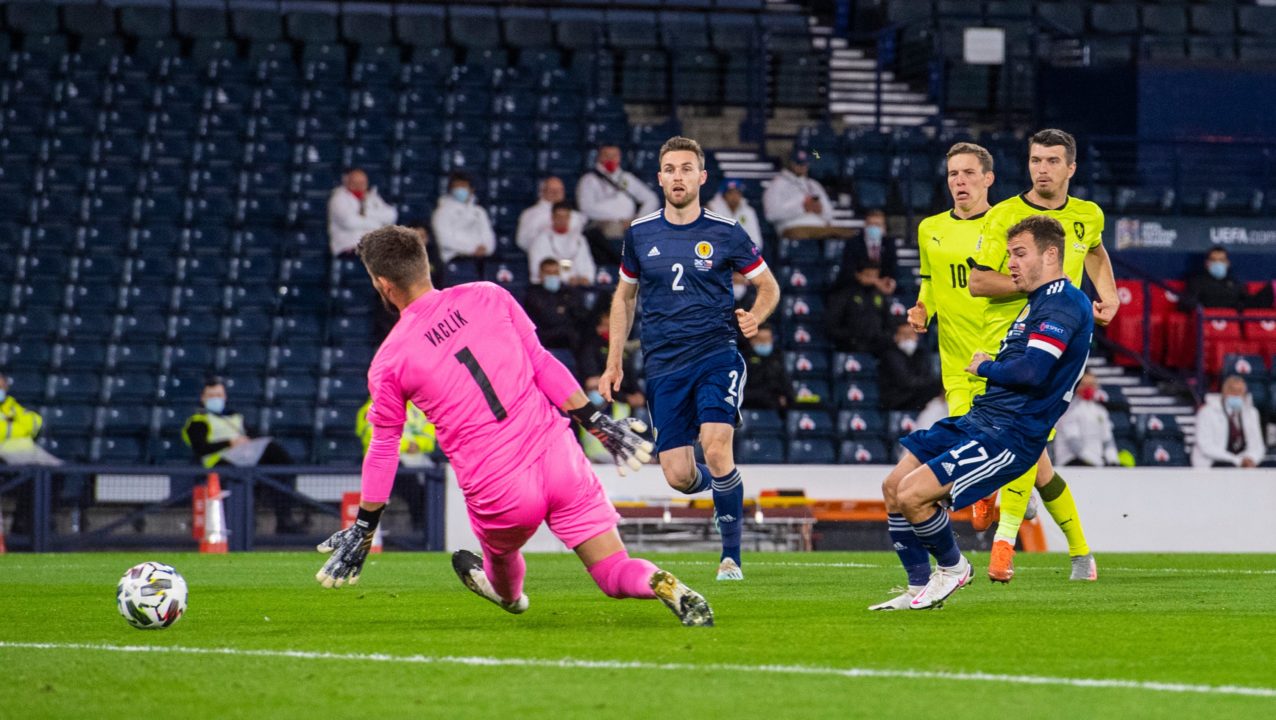 Ryan Fraser claimed boss Steve Clarke has now got Scotland players working as one after he scored the winner against Czech Republic on Wednesday night.

The Newcastle United player slotted in a pass from Lyndon Dykes after six minutes of the Nations League tie at Hampden Park to extend the Scots unbeaten run to eight games and keep them top of Group B2 in the Nations League with ten points from four games.

Scotland were up against it at times but they held out to record their longest unbeaten run since 1988 when Andy Roxburgh was in charge.

The win offers further encouragement ahead of the Euro 2020 play-off final in Serbia next month before Scotland conclude their Nations League group against Slovakia and Israel away.

Fraser said: “Maybe beforehand we didn’t bail each other out because we were looking after ourselves.

“But you’ve just got that morale and squad togetherness now.

“If somebody makes a mistake, don’t think of yourself, go and bail them out because he’ll bail you out next time. So he’s got that in us.”

The versatile Fraser is enjoying his partnership with Dykes in attack.

He said: “I’ll just try and be as versatile as I can really, just wherever I’m told to play. I’ve got nothing negative to say.

“If I’m told by a manager that he wants me to play there, he obviously sees something in me to play me there. He’s not just going to do it for the sake of it.

“So me and Lyndon have linked up in last two games very well, where we try to find each other. On another night, I could have found him even more.”